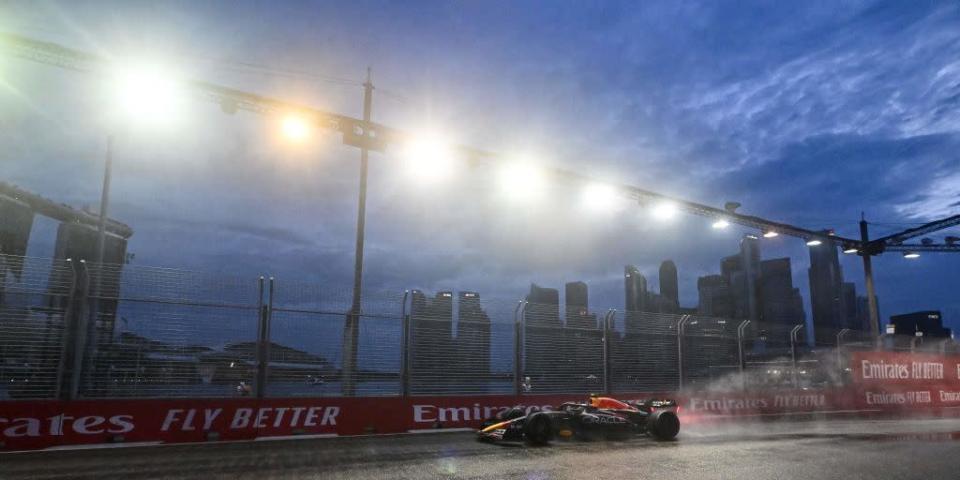 Singapore’s now-traditional Formula 1 night race did not run in either 2020 or 2021, but the Formula 1 schedule is once again nearing its full pre-COVID strength and the night race is back. It’s particularly good news for Sebastian Vettel, who has won six of the twelve Singapore GPs contested and took his most recent win in the last race held here in 2019. Unfortunately, Vettel’s final season is at an Aston Martin team that has struggled to field a competitive car in even the mid-field, so defending the win would require a minor miracle.

While Mercedes has shown considerable pace in recent events and in FP1 this weekend, Singapore is still most likely to be a two-team race between Ferrari and Red Bull, which has on most weekends this season meant a two-horse race between Max Verstappen and Charles Leclerc. Any other result, whether it’s a win for Mercedes, a rare victory for a second driver of a currently-leading team, or a win for another team entirely, would be an upset.

The last two weeks of racing in the NASCAR Cup Series have been dominated by questions over the car’s reliability and safety. Tire issues, ones that notably seem to occur most when a car is leading and thus has the additional downforce granted by clean air, have led to consistent flat tires during long green flag runs throughout races at both Bristol and Talladega. While tire failures are not expected to be a major issue in the pack race at Talladega, the rash of apparent concussions caused by this car will be hard to ignore.

Of the 12 cars still alive in the owner’s championship playoffs, two will enter tomorrow’s race with a fill-in driver. One, the No. 45 23XI Racing Toyota of Kurt Busch that is currently driven by Bubba Wallace as part of a team-swapping scheme for championship eligibility, has been vacant in two different forms since Pocono in July. The rear of Busch’s car hit the wall hard out of turn 3, leaving him with concussion-like symptoms that have now left him out of the car for months. The other happened just last week, when Alex Bowman lost a tire early in the race at Texas Motor Speedway. He continued on, but noted how hard the impact was at the time and announced on Thursday that it left him with concussion-like symptoms of his own. While it will all but end his chase for a driver’s championship in this elimination Round of 8, Xfinity Series driver Noah Gragson will score points in the owner’s championship for his No. 48 Hendrick Motorsports team.

The IMSA season winds down as it traditionally has since the American Le Mans Series days, with a ten hour endurance race at Road Atlanta. This year’s Petit Le Mans carries special significance, representing the end of the first decade of merged sports car racing in America and the DPi class it created. Last year’s event was the final race for GTLM. When the series starts its 2023 season at Daytona in January, it will do so with global rules: an LMDh-based top GTP class and two GT3-based GTD classes for either factory-backed teams or pro-am programs.

That leaves serious bragging rights on the line for both Acura teams still alive for a championship in this race. The No. 10 of Wayne Taylor Racing and No. 60 of Meyer Shank Racing have each won a Daytona overall since becoming Acura factory outlets last season, but now they’ll have a chance to fight among themselves for their first season-long titles with the program. WTR owns a narrow lead, but the Shank car will start from pole tomorrow and a win would clinch a championship no matter what the WTR Acura program can accomplish.

The end of the era will be followed very quickly by a new beginning. IMSA is hosting a test on Monday for all four announced GTP cars set to race full-time in the 2023 series, marking the first time the cars that will form the foundation of the class will meet in the same place.