An insider’s guide to the best place to live, campus food and more 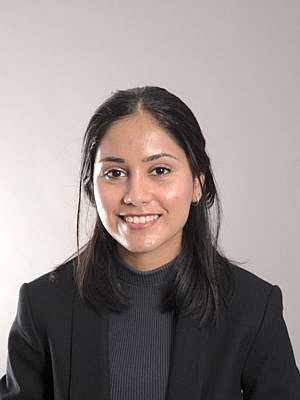 Why did you choose Western?
I chose Western because I wanted a school where I would have a good balance of work and play. I was also excited to move to London—it’s a mid-sized city of just over 400,000 people. I appreciate the community outside the Western bubble. I come from a large city in the Greater Toronto Area, where tight-knit communities are a little harder to build.

Describe some of your best experiences so far.
I really like the diversity of courses—there’s even one on Harry Potter—and the enthusiastic professors who come with them. I will also always look back fondly on my time in residence because everyone around me was going through the same experience. For most students, university is the first time they have been away from home. Figuring it all out together was far more fun than I’d have imagined.

Are you involved in extracurricular activities?
I write for the student paper, the Western Gazette, and I have also been involved in a few clubs over the years: the yoga club, Crafting for a Cure and the Public Health Association. Western has over 200 clubs, so it’s really about finding the ones that best suit your interests.

What do you think of your professors?
It really depends on the class. In the lower years, classes are usually quite large (my largest class in first year had over 600 students), and it’s tough for professors to give support to each individual student. It’s a lot easier to get to know professors in your upper years, when the class sizes shrink and building a rapport between students and professors is easier. In general, though, professors do their best to support students through assignment feedback and office hour availability. Seeking out help is usually the best way to build a relationship with them.

What do you think of the school’s administration?
Signing up for classes can be daunting because there are so many to choose from. Western has a ton of resources and programs to help, including mentors, academic counselors and sophs—student leaders.

What is off-campus life like in London?
London has so much to offer. Students can easily access Masonville Mall, bars on Richmond Row (such as the Ceeps and Delilah’s) and many local dining and take-out options (such as Los Lobos, Burger Burger and Ozen Sushi). There’s the downtown Covent Garden Market, cozy cafés (such as Commonwealth Coffee or the Black Walnut Bakery Café) to study at and gorgeous hiking trails, though these are a little harder to access without a car.

If I wrote the school motto: ‘Bleed purple!’
Best place to live: Old North—it’s close to the Thames Valley Parkway, which is a large network of trails by the Thames River, and students make up a significant part of the population
Best place to study: Newly renovated floors at the DB Weldon Library
Best campus events: Late Night Breakfast, Purple Fest and Homecoming attract the largest crowds of students. If that’s not your thing, club events and puppy yoga—yes, yoga with puppies—were a huge hit this year.
Best campus food: The Spoke and Rim Tavern
Best cheap lunch: The Spoke wins again: a bagel with flavored cream cheese is a cheap but carb-heavy pick-me-up
best pizza: King Richie’s
Best place for a fancy dinner: budapest
best-giveaway: Free late-night breakfasts during exams!
Best bar for hanging out: Jacks—can’t beat $1 beers
Best live music venue: Wednesdays with Rick at the Spoke
Best hangover breakfast: Sausage, egg and cheese breakfast sandwich with an iced latte at the Spoke
Best place for a nap: The Fireplace Lounge
Best activity weekend: Did I already say $1 beers? If that’s not your thing, skiing at Boler Mountain is always a hit in the winter.
The thing that surprised me most about the school: The sense of community

Get the best of Maclean’s straight to your inbox. Sign up for your daily dose of news, commentary and analysis.