This weekend, the Spanish Federation of Rehabilitated Gamblers (FEJAR) celebrates its 30 years of existence. During a congress that will take place on September 24, 25 and 26, the association dedicated to the recovery of gamblers will address all kinds of issues related to those known by experts as “substance-free addictions”.

This annual meeting will not only be special because of its anniversary, but also because it has to face the growing concern about the video game, which now joins that of betting and gambling. Since last week the news came out of the first clinically admitted for his addiction to an online game, various sectors were alarmed. Especially those parents who noticed that their children can spend many hours in front of the screen.

However, the associations ask to analyze the problem in its proper measure. To learn more about whether video games can lead to addiction or if there are other psychological factors behind it, we spoke with three former addicts. Three voices, three different stories, three stages of life. Gonzalo, Pablo and Luis They tell us about the process that has led them to abandon their online life to start living in reality.

A childhood in video games

Gonzalo is 26 years old and since he was 19 he has been going to rehabilitation therapy.

Gonzalo is currently 26 years old. From the age of 19, he has been going to the rehabilitation therapy of AGRAJAR, Granada organization that helps people addicted to gambling. When he had his first group session, Gonzalo said he felt out of place. He had agreed to receive psychological help because his partner had asked him for it. However, he did not perceive himself as an addict. “When I got here I saw that all the people around me came because of their obsession with casinos, the slot machine waves bets, but there was no one for video game disorder, “says the young man.

For Gonzalo, video games were a fundamental part of his life. Something that he could not give up and that had accompanied him since his childhood. “From the age of eight I just waited for the moment to come to me in front of the console”, he recalls. Gonzalo explains that this obsession with screens increased in his adolescence, until it affected his studies and personal relationships. “I had always been a child who was difficult to relate to, over time I made friends, but still I always tried to meet up to play and the first thing was that,” he says.

Gonzalo suggests that, at first, entering the virtual world was an outlet for not having to face reality. “We had many problems at home, with my family I did not understand and my mother had thrown my father out of the house”, bill. “I took refuge in video games because at school I didn’t feel comfortable either,” he continues. From there, it was impossible for him to brake. But it was not until the arrival of his university stage, when Gonzalo reached a critical point. “For a year and a half I abandoned my studies and only dedicated myself to playing online,” he describes.

“He slept four hours a day and the rest of the day was spent on the computer or tablet,” he recalls. “I went to the University little and the first year I left almost the entire course for September.” Gonzalo affirms that during that summer he worried slightly about passing his pending subjects, but always putting the game ahead. “It was then that my partner realized my problem and convinced me to seek help,” he says. To this day, Gonzalo is a recovered and happy person, with work, friends and a finished career. “I only regret the lost time”, sentence.

From video game to gambling 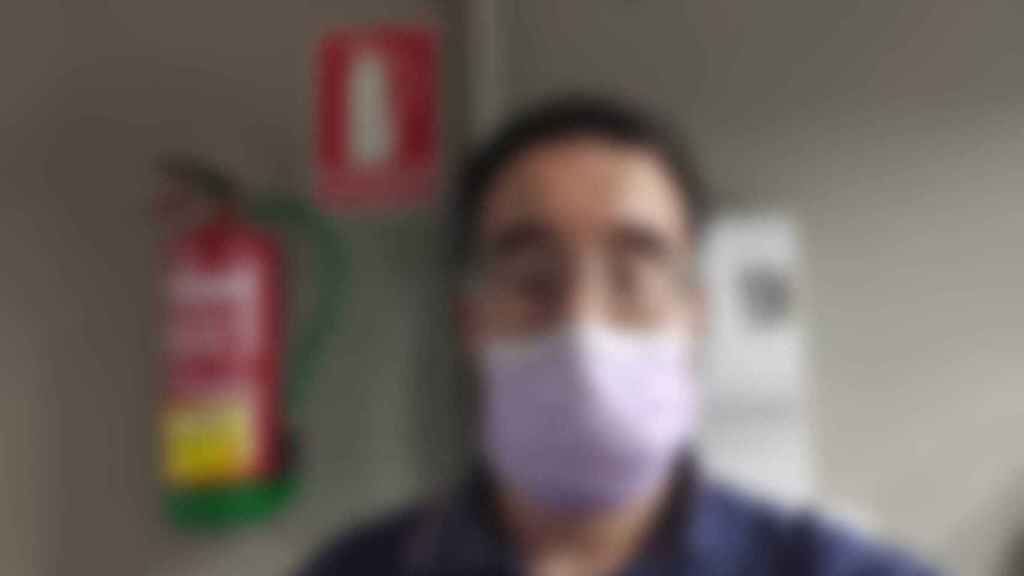 Luis: “I started in the video game console and ended up in the casinos.”

Although in a vast majority of cases, video game addiction can only focus on the games themselves, there are stories where problems with the console can lead the patient in other directions. This is the case of Luis, a 32-year-old engineer from Madrid. “I started in the video game console and ended up in the casinos,” warns the young man. “When I was 17 years old, I became fond of war games, but over time that became too small for me.” After six years engaged in daily multiplayer games in real time for hours, Luis decided to go one step further.

“You play for many hours, you leave your family and friends aside,” he says. “You prefer to stay in your bubble before going out for a drink and skip class,” he continues. Luis says that to attend to his vices during his university stage he had to lie, manipulate and maintain superficial relationships. “At home I used to say that I was going to college, but actually I was taking a controller to play at a friend’s house,” he recalls. “I didn’t want to have a girlfriend and I would see girls without getting engaged, because for me it was impossible. I regret it, because I would have liked to start a family at this point, ”he says.

However, Luis’s obsession was far from over. “One day playing video games feels like little to you and you know the game world in capital letters”, highlights. “It is something that attracts you much more because you can earn money and you do not pay attention to what you lose.” This is how Luis began to frequent arcades, accumulating significant debts. More and more removed from his environment, he began to work to pay for his addiction, putting aside his studies. Once this stage is over, he makes an analysis in which he blames certain video games for encouraging gambling behaviors.

Luis assures that many online games are camouflaged casinos and that sometimes parents are not aware of the manipulative mechanics they use. “You pay two euros to open a box in which you can get a weapon or any equipment to improve your character. Inside there can be both something very valuable for the games and something not very powerful, ”he explains. “This is how you get used to gambling.” At present, Luis is completely rehabilitated and, although he affirms that video games are not bad in themselves, he recommends parents to monitor their children more in front of the screen.

A gambling debt without gambling 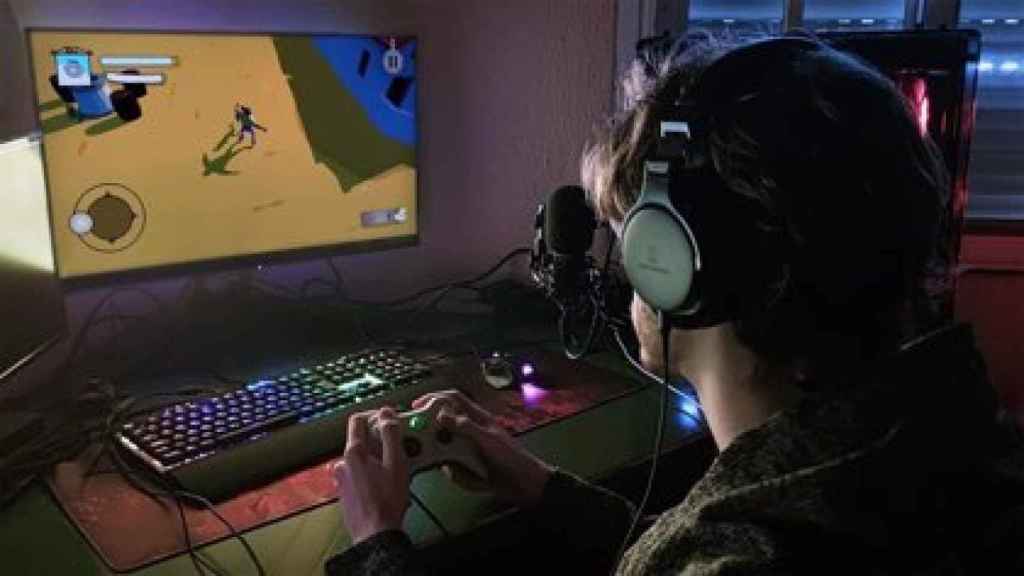 An image of a young man playing video games.

At 49 years of age, Pablo stars in one of the crudest and longest-running stories related to video game disorder. The father of two children and an IT professional, he built a life around the virtual world that, due to its nature or lack of it, ended up destroying his reality. “Today I am divorced and I have accumulated a debt of 240,000 euros that I continue to pay,” he says. “As a child I started playing the so-called slot machines, then I switched to online games and until a few years ago I was not aware of my problem,” he says.

But contrary to what happened in Luis’s case, Pablo never set foot in a casino or gambled to win money. “At the age of 24 I got involved in online games when there were no servers in Spain and to keep up with foreign players I started spending money,” he says. “At that time there were no direct micro-purchases from the game like today, but on Ebay you could buy characters with a good level for the price of about a thousand dollars ”. Pablo explains that to maintain his status within the games he had to dedicate the entire day to the video game.

Trending on Canadian News  The quarrelsome attack of the mayor of Caldes de Malavella, by Josep Maria Fonalleras

“At the age of 19 I was already working, but when I left the office I would go to the bar and buy a sandwich and a soda to go home immediately and continue with my games,” he says. “I lived alone and did not remember to have lunch or dinner. When I realized it it was already four in the morning and I was still playing ”, he describes. During this period, Pablo assures that he came to put his physical and mental health in danger. In addition to this, he began to neglect his finances and accumulate debt. “My salary did not touch it, what I did was create a bank account and ask for loans.”

Time after, Pablo would marry and start a family. However, that did not change his attitude towards video games. “I am very sorry because my children and my wife were in the living room together and I isolated myself in the room with my tablet,” he laments. Pablo was on the verge of breaking completely when his wife asked for a divorce after discovering his debts. “I tried to kill myself. I lost time, money and my marriage. The game had taken everything from me ”, he points out. “Now thanks to therapy I’m fine, I have a good relationship with my ex and I’m recovering,” he says optimistically.

What the experts say

Once these stories are known, some people will wonder if video games are capable of ruining functional lives on their own. The growing influence of Online entertainment industry and the increase in gamers in recent years may seem like troubling realities if we analyze the extremes that an addict can reach. In this sense, a large majority of professionals call for calm and analysis. “The world of videogames is here to stay and should not be demonized”, says Daniel Martínez Hernández-Sonseca, an expert addiction psychologist at the Recal Foundation.

Dedicated to the treatment of addiction patients without substance in this private clinic in Madrid, the expert points out that there are many factors that can lead a video game user to become obsessed. “Play can be a form of avoidance for some children. Some of them may suffer bullying, that they feel misunderstood at school or that they have nothing in their life that motivates them enough, “he says. The psychologist affirms that we should not ignore other disorders such as anxiety, depression or lack of self-esteem, which both young and old suffer.

Suspecting whether a friend or family member may be suffering from video game disorder, the psychologist Cristela García recommends looking for certain signals that go beyond the time control. “If the game influences their studies, their work performance, their social life, personal hygiene, food or they refuse to do other activities, it is when there is a problem”, says the worker of the Granada Players Association of Azar in Rehabilitation (AGRAJER). “The important thing is not to reproach or stigmatize, but to pay attention to the person, ask about their state of mind and try to motivate them,” he emphasizes.

In some cases, the person may need therapy. Not only because of the addiction itself, but because of all the psychological torment that the patient may be going through to channel their frustrations through the virtual world. However, the expert psychologist David Burgos makes a fundamental contribution when he assures that the entertainment industry also has a social responsibility that it often does not fulfill. “I’m not saying that video games are bad, but it hurts me how potential addicts are fooled through manipulation tactics that are part of the design itself and how the game works ”, he opines.