When it comes to your typical English department, 18th century satirist Jonathan Swift has long been the Swift of note.

This fall, another Swift joins the curriculum with the course: “Taylor Swift’s Literary Legacy (Taylor’s Version).”

Each year, the topic of Queen’s University’s cultural studies course depends on the instructor and “encompasses the fantastic variety of historical worlds and individual imaginations to which literature gives us access,” says Glenn Willmott, the assistant English departmental head, in an email. Undergraduate students have delved into “The Tempest,” the “Icelandic Sagas” and Indigenous science fiction, and now they’ll scour the works of Swift, hunting for metaphor in the “Reputation” album, character development in her “Folklore” LP, the allusions to Shakespeare on the “Fearless” record.

“What Taylor Swift Fans know as Easter eggs, literary scholars know as literary devices and it’s what we’re trying to teach in these undergraduate English courses” says instructor Meghan Burry. As a PhD student at the university in Kingston, Ont., Burry pitched the course in January, just as Swift was defending her songwriting online. Blur frontman Damon Albarn had told the Los Angeles Times that Swift does n’t write her songs about her: “I’m just saying there’s a big difference between a songwriter and a songwriter who co-writes,” he said.

“I write ALL of my own songs,” Swift shot back online. “Your hot take is completely false and SO damaging.”

Albarn later apologized. Taylor Swift is a co-writer on all of her albums for her and the sole writer on 2010’s “Speak Now.” Rolling Stone included Swift in its list of the 100 greatest songwriters of all time. (At 97, she was wedged between the men of Abba and the songwriting duo of Timbaland and Missy Elliott.)

“I think she has struggled to be taken seriously,” Burry says, “and I think it is overdue for a literary course on her.”

At Queen’s, upper years PhD students in the English department have the opportunity to create a course. Burry has been excited about it since she was a graduate student. The idea “almost started as a joke,” from her family and friends who called her an expert on Swift. Burry has been a fan since her middle school days in PEI by Ella Her music by Ella has been the soundtrack to the pivotal moments of life, every rejection, acceptance, heartbreak and loss.

Burry’s own research deals with the perceptions of the “fallen women” in 19th century literature, but she thinks that even there, she was influenced by Swift, “because of her lyrics and her career and the way that she has been depicted as a transgressive woman in the media, and how she’s had to overcome that and navigate her public perception,” she says. Burry had to submit three course proposals to the department, and two were linked to her PhD research on her. She ranked her her preferences, and was thrilled they went with her her first choice: Taylor Swift.

She is very aware of her fandom. “I never want my personal opinions and appreciation for Swift to take away from focusing on the literary and cultural impact,” she says. As a fan, she has long called her “T. Swizzle.” As an academic, it’s Swift.

“We’re going to have a really important conversation at the beginning of the course about separating our literary criticisms of the text with our fandom,” she says. She hopes students who don’t know Swift, or students who don’t like her music also sign up. The more perspectives, the better.

Burry says there is so much going on in a Swift narrative. On the pandemic album “Folklore,” for instance, Swift wrote a trio of songs — “August,” “Betty” and “Cardigan” — that tell the story of a love triangle from three different perspectives. “We could talk for days just about those three songs and how they intersect and create a wider narrative,” she says.

Burry will sign up the course this summer. She wants it to be focused and cohesive. There is so much to cover — Swift’s battle for ownership rights, the socio-political impacts of the music, the relationships that influenced her work and the coverage of her music. “I think it’s important to make sure that we’re doing it in a constructive way that always comes back to the literary and cultural impact of the song, and ultimately the impact goes beyond just one relationship,” Burry says.

Trending on Canadian News  Sorel-Tracy: loss of control of a truck causes chaos on Highway 30

English and Psychology major Grace Chen hopes she can snag one of the 75 spots once registration opens this summer. She expects a wait-list since word of the course is already spreading, even among friends in Vancouver who don’t attend Queen’s. Swifties, as her fans are called, are excited. Some have regretted the fact that they already graduated. Others want to transfer to Queen’s. 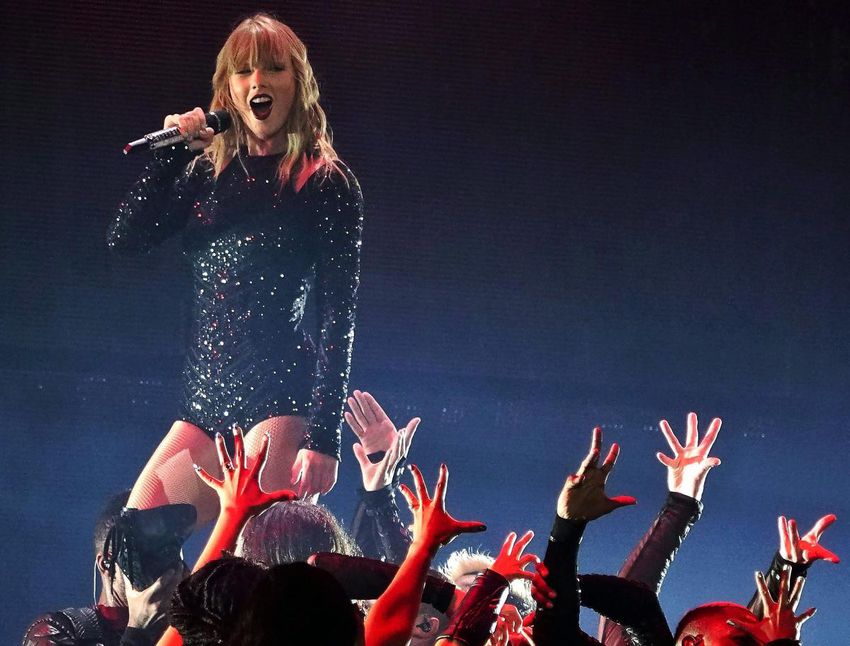 “I feel like that’s what schools should be like,” Chen says. “We should really be passionate about what we do.”

Chen is a founding member of the Queen’s University Taylor Swift society, a campus group that hosts club nights, trivia nights and other social events for Swifties. There is a good chance Swift is aware of Queen’s because of the group. Her marketing team sent merchandise to the society earlier this year with a signed note: “Sending over some ’22 merch as a thank you for all your support and also sending a big hug! Love, Taylor.”

The course is believed to be the first in Canada on Swift’s literary impact. A course on Swift was offered at New York University’s Clive Davis Institute this January. It had a wait-list. Swift’s publicist did not respond to the Star’s questions about the course.

Burry hopes Swift learns about her course, and knows that someone has spent years thinking about her writing and its scholarly merit.

“Her lyrics, her work, her career has academic value,” she says, “and I’m really thrilled to be exploring that further.”

Katie Daubs is a Star reporter and feature writer based in Toronto. Follow her on Twitter: @kdaubs