The owner of a yoga studio at the corner of Duke Street and Victoria Street in Kitchener says she’s had to call police and repair companies three times in the past three weeks because her business has been repeatedly targeted.

Jade Billo of Big Bliss Yoga is one of a handful of business owners in the north end of downtown Kitchener who say they’ve noticed a recent increase in crime.

Billo said it’s left her feeling frustrated and scared in a neighborhood she once loved.

“Rocks being thrown through our window has happened to us twice now,” she said.

In a third incident overnight Thursday into Friday, she says someone broke into the studio, damaging the locks and stealing cash. 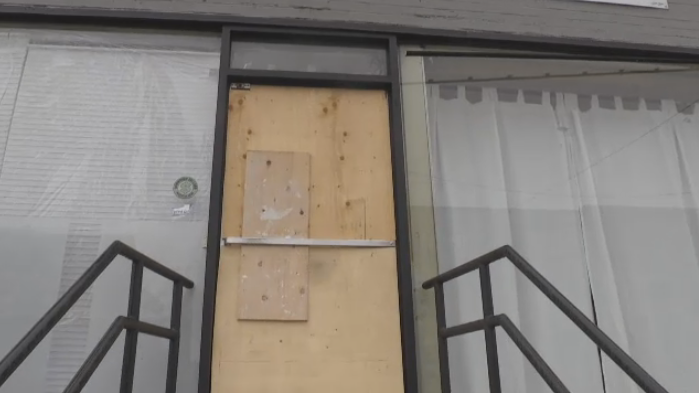 Billo said it’s particularly frustrating because the fitness industry was so hard hit by the pandemic.

Billo said she grew up in Kitchener and opened her business here four years ago because she loves the downtown core, but recently she feels like the atmosphere of the neighborhood has changed.

She also said she’s noticed increased harassment on the street.

“People are approaching our clients in the parking lot,” she said. “We have young women coming here. We have young women working here. It’s scary, it’s frustrating. It’s really hard to climb yourself out of the pandemic and all the things we just experienced when you’re dealing with that on top of everything else, it’s a lot.”

Police confirmed they are searching for a suspect described as white, in his mid 20s with a thin build. Anyone with information is asked to call police or Crime Stoppers.

Another business next door to Big Bliss also recently had its windows smashed.

The owner did not want to speak to CTV News on camera, but said she’s also called police regarding the vandalism and is hoping more can be done to protect recovering businesses in downtown Kitchener.