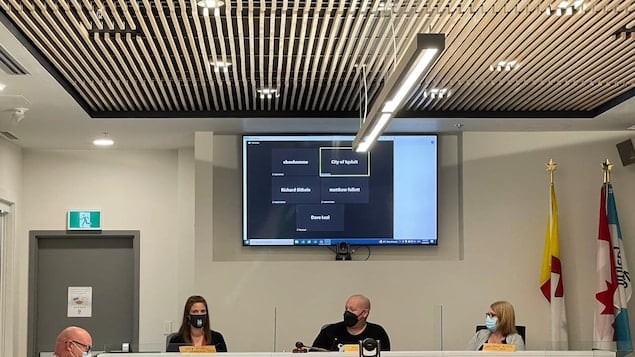 Since around 2015, alarm bells have been ringing in Iqaluit that the city’s current water reservoir, Geraldine Lake, is too small and unreliable to meet the needs of the growing population. The capital needs a new supply, which could come from Nameless Lake or the Sylvia Grinnell River.

According to Iqaluit’s senior administrative officer, Amy Elgersma, officials recommend using the lake instead. We gained the experience of working with Sans Nom lake during the year 2019 where we drew water from this sourceshe says.

The city had declared a second water emergency in 2019 when levels in the Apex River were not sufficient to supply Lake Geraldine. Iqaluit then supplemented the water supply by pumping water from Nameless Lake, about three kilometers up the river, to fill Lake Geraldine.

It’s a feasible option to be able to run a pipeline with minimal energy requirements and infrastructure compared to some of the other options.

If the municipal council votes for this first option, it will also have to choose which system to use to recover the water.

The administration recommends pumping only in the summer and keeping the water in a reservoir for the rest of the year, which means the City would have to build a new reservoir.

If we don’t have that, we can deliver all the water we want during the summer, but we’ll run out by May [de l’année suivante], says Walter Orr, a Stantec civil engineer who presented the options to the board on Thursday.

Lac Sans Nom is very close to Lac Geraldine, the current water reservoir of the city of Iqaluit.

The viability of Lac Sans Nom is still being studied, particularly with regard to outflows.

The lake can supply 17,000 people with water, a figure Iqaluit would reach as early as 2040, based on the city’s high population growth model.

I want a long term supply plan and what you are proposing would see some of today’s children running out of water before they even finish high schooldeplores Councilor Kyle Sheppard.

Amy Elgersma says the City has suggested further studies be undertaken to ensure this is a long-term strategy.

Another method of extraction would be to pump water year round, which would involve filling Geraldine Lake to its maximum capacity and replenishing what is used daily from Nameless Lake.

The communities of Rankin Inlet, Gjoa Haven, Cambridge Bay and Canadian Forces Station Alert all use this type of system.

Nameless Lake is about 100 meters upstream from Geraldine Lake, so water transfer would require little energy.

The other option for water source is the Sylvia Grinnell River, but experts like Mr. Orr consider it more expensive and more energy-intensive.

For experts, the consumable water supply at the Sylvia Grinnell River is not the best option.

The water would need to be pumped seven kilometers upstream to be transported to the reservoir, which is the equivalent of approximately 700 horsepower [515 kW]in continuous operation for four monthssupports the engineer.

The water capacity of the river would, on the other hand, meet the city’s needs for the foreseeable future. However, pumping of this river would only take place in the summer to protect habitat for fish, such as Arctic char, which would also require the city to build another reservoir.

In meetings last month, the Amaruq Hunters and Trappers Association reiterated that the Sylvia Grinnell River solution was out of the question because of the importance of Arctic char to the fishery.

Once City Council has chosen an option in August, the City will apply for a new water license from the Nunavut Water Board. The process should take at least a year.

With files from Jackie McKay

Published On June 25, 2022
By thecanadian
Categories