Parkdale resident Harley Karulis used his love of local history as a springboard for his volunteer efforts as a tour guide with Toronto History Walks.

Karulis’s passion was ignited when, as a kid, he attended the 100th anniversary of the CNE and his parents bought him a book on the history of the grounds. “I became enthralled with the War of 1812,” Karylis remembers, “and amazed that American soldiers pretty much came right through my backyard.”

Karulis has led close to 600 tours, including walk through history Church Street, the former Garrison Creek, local cemeteries, even the PATH. In addition to sharing Toronto’s lesser-known stories, Karulis says his tours fill another void.

“It seemed like there was even a bigger need for togetherness during the pandemic,” he says. After going on his walks during lockdown, many reached out to tell Karulis how his tours of him became something of a lifeline.

Before the pandemic, Karulis’s tours were made up of about 25 per cent locals, including many new Torontonians, and 75 per cent out of towners. “Visitors like to compare their cities with Toronto, or with Canada,” he says, while recent residents use the tours to explore and learn about their new home.

For Karulis, Toronto’s history is central to its identity. “I think it’s an important way of keeping the city vibrant and alive and the wonderful place it is,” he says. “We should want to understand how it’s changed over the years, and the people who shaped it, for good and bad.” 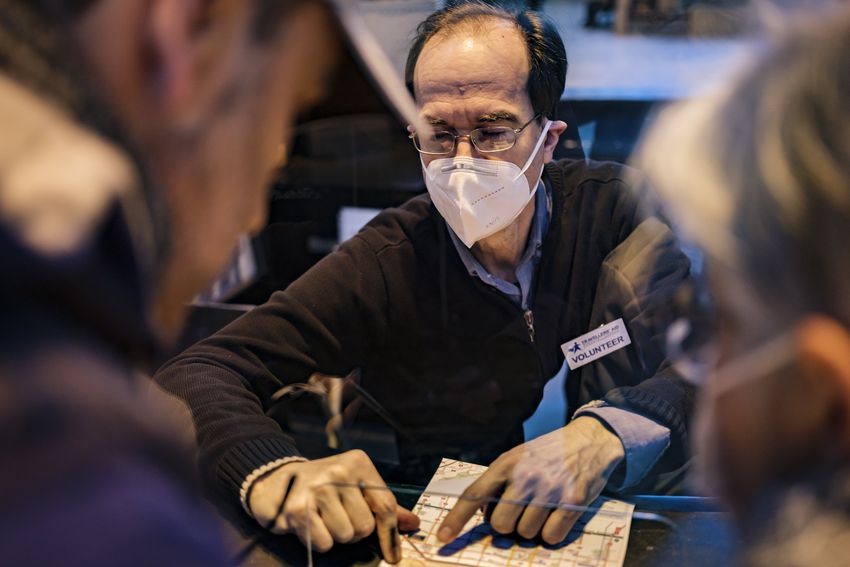 Volunteering with Travellers’ Aid Toronto was a perfect fit for Ed Drass. “I’m a bit of a know-it-all about the city,” he admits. “And I like transit and transportation. Being able to help people while being in one of the most beautiful rooms in the city is a bonus.”

Located in the Great Hall at Union Station and staffed entirely by volunteers, Traveler’s Aid helps visitors find sights to see, a place to stay, or simply their way to their next stop. It also offers a friendly local to someone who’s stressed, panicked or lost – a frequent issue, according to Drass. “Someone comes to the booth in tears because they’ve missed their train. And there are no more trains,” Drass says. “Job number one is to help them deal with the stress, to help them calm down. This experience often leaves people with a deeper connection to the city.” 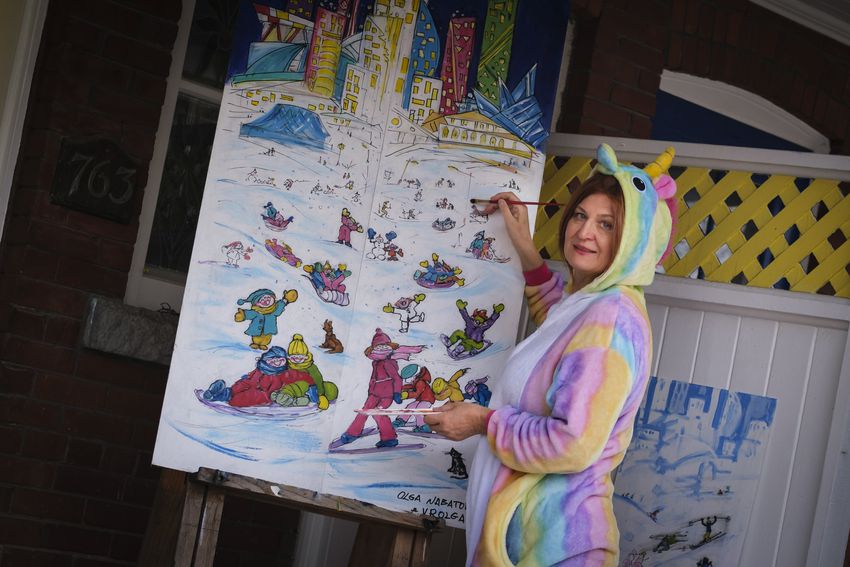 Multimedia artist Olga Nabatova handles stage setup and props for Stage in Streetsville, a volunteer-based children’s theater group in Mississauga that gathers every Sunday. “It’s my responsibility – my passion – to turn this old building into a castle or funeral or magic forest or wherever we’re putting on stage,” she says.

Even a pandemic couldn’t stop the theater, which has been helping kids embrace the arts since 1998. Nabatova says they come together to read books, talk about literature, and practice drama and dance, putting on five performances a year. “We actually had a performance last December outside when they were allowed only 25 people in a backyard,” Nabatova says. And the community gathering doesn’t stop at the stage.

“We set [the stage] forperformance. Put out chairs, like it’s an audience, and then all our people who are coming — we know everyone, it’s like it’s a family — we bring food for a potluck,” she says, “and then we have a little bit of dinner. And then we have dancing for the kids.” 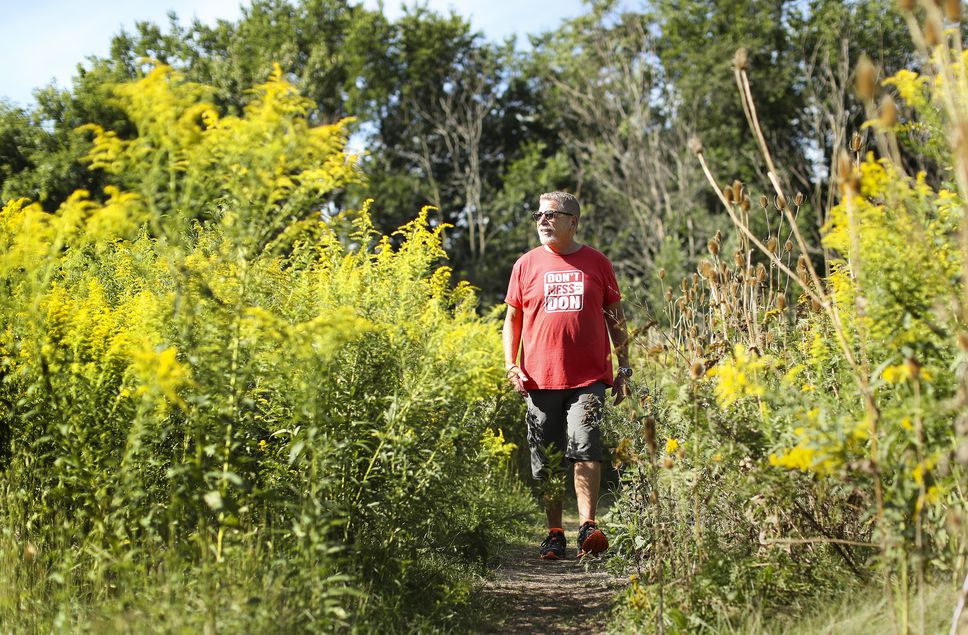 “Nature-loving, granola-munching Torontonians” is how Don’t Mess with the Don, an advocacy group devoted to protecting the Don River, describes itself on its website.

“We are facing a global climate crisis. We feel we can be most effective by thinking globally, but acting locally,” says Floyd Ruskin. “The Don is Canada’s most urban river and has suffered untold abuse from industry and manufacturing pollution as well as population growth.”

The organization, which formed in 2017, used to focus on large-scale cleanups, scheduled well in advance, with more than 800 people turning out to help. “Now, we do what I call pop-ups,” Ruskin says. The group will post on social media a few days in advance of a weekend cleanup and folks still come out in droves.

“I think of the work we do like an old-fashioned barn-raising. A farmer’s house burns down, and days later the entire village shows up to rebuild the barn,” Ruskin says. “And I will tell you from experience, people in Toronto are happy to help out.”