Among the evidence that the popular accusations of the Ghali case are using before the judge investigating their supposedly illegal entry into Spain are papers with whom he was enrolled in the hospital in Logroño. In them, revealed now for the first time by EL ESPAÑOL, there is clearly a photocopy of his Algerian passport, under the false name of Mohamed Benbatouche, and an application form for patient care not funded by the National Health Service.

Both have been contributed to the cause as further proof of the confusion generated in many by the arrival of Brahim Ghali to the hospital compound on last April 18. In the application form, initialed by the signature of this Benbatouche, the patient requests to be cared for by the public health system of La Rioja, committing himself to take charge “financially of the expenses” derived from his assistance.

It is unknown, at the moment, if it was Ghali himself who registered under that identity in the health facility or if one of the people who accompanied him did. This last option would be the most likely, given the state of health in which the Saharawi president was.

These tests are added to other documents that would prove the operation to try to hide the arrival of the leader of the Polisario Front. Ghali arrived in Spain on April 18 sick with Covid-19 on a plane from Algiers that landed at the Zaragoza military base. There he did not have to pass documentation or customs controls. 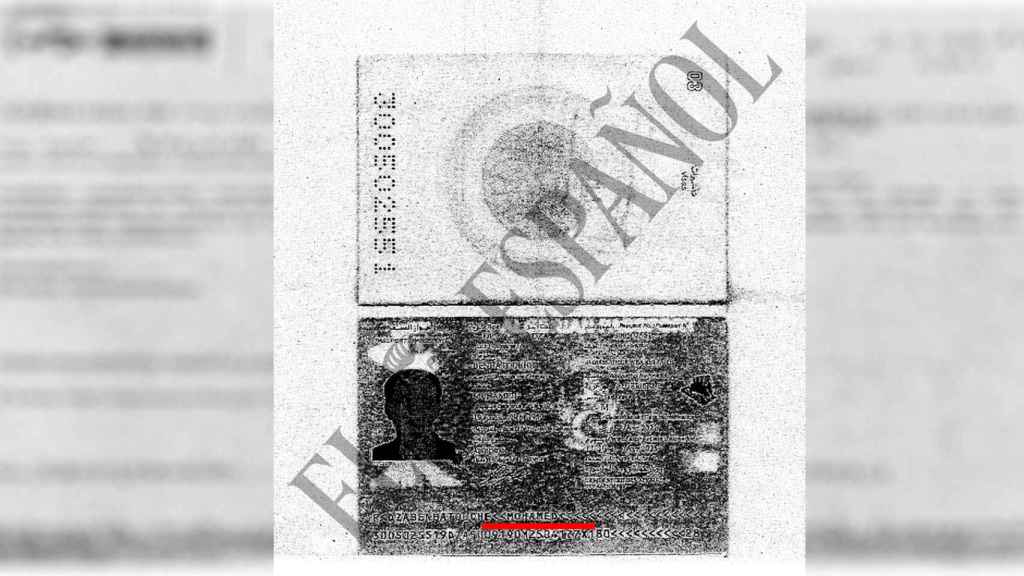 Algerian Ghali document under the name of Mohamed Benbatouche.

González Laya is listed as being investigated for alleged crimes of prevarication, concealment and falsification in a private document. So far, the investigating magistrate has not set a date for his questioning. The summons of the former minister as investigated was requested on September 14 by the lawyer Juan Carlos Navarro, and the other accusation, led by Antonio Urdiales, joined the request.

The order from La Rioja

In addition to this passport, the statement of Fernando MS, Transplant and Critical Care Coordinator of the San Pedro de Logroño Hospital has been contributed to the cause.

In his appearance before the magistrate, he assured that it was the April 16th, two days before the arrival of the Polisario leader, when the hospital manager told him that they would “probably” need a free bed in the ICU for a Covid patient from abroad.

On the 17th, the hospital manager confirms that this person will be admitted, without yet telling him the date, and on the 18th, and on Sunday, he calls him at noon to tell him that Ghali will arrive that same afternoon and that there is an ambulance from the Riojano Service of Health that will be sent to carry out the transfer.

In that same statement, the Transplant and Critical Care Coordinator of the San Pedro de Logroño Hospital indicates to the judge that he was struck by the fact that the identity of Mohamed Benbatouche did not correspond to the data that appeared in the medical reports on Ghali.

Next, the Hospital Manager declares before the judge that received the admission order from Eliseo Sastre, Head of the Office of the Presidency of La Rioja. Sastre has already been summoned as a witness before the judge to offer his version of events.

The date indicated by the health worker is of some relevance, since it contrasts with the information offered by Camilo Villarino, Laya’s right-hand man, in his statement as being investigated in the case. Villarino affirmed before the judge that it was the same day 18, the one of the arrival of Ghali, when the minister informed him of the operation that they were going to have to carry out to introduce him discreetly in the country.

This would indicate, according to the accusations, that perhaps before Laya’s Chief of Staff knew of the arrival of the Algerian plane, it was already being forged through other different channels.

The government’s decision to hide these events from Morocco led to a major diplomatic crisis and the largest avalanche of immigrants in Ceuta remembered, since some 10,000 people crossed the border in just 24 hours due to the inaction of the Moroccan police.

On June 2, after testifying before Judge Santiago Pedraz for the causes of genocide, torture and illegal detention that he had opened in the National Court, Ghali returned to Algiers in another medicalized plane from the Pamplona airport. There, no documentation was required either.

The Chiefs of Staff

Another of the data that would reinforce this thesis and that Villarino offered in his statement, revealed by EL ESPAÑOL, was that the first news he had of what was going to happen was four days before the events. That Thursday April 15, Isabel Valldecabres, Director of the Cabinet of the former First Vice President of the Government Carmen Calvo, called him to ask if he knew anything about it. 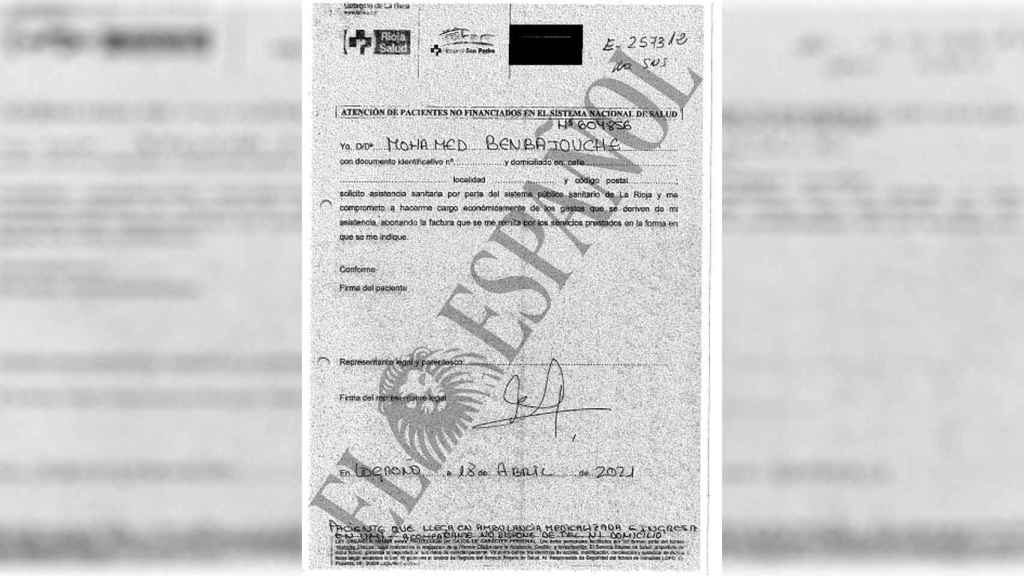 Request for assistance in the hospital under the name of Mohamed Benbatouche.

“He asked me if it was true that it was being valued.” Villarino told him that he had no idea what he was referring to.

As a result of these affirmations, the accusations have asked to include in the procedure the testimony of the former First Vice President and her chief of staff, as well as Susana Crisóstomo, the chief of staff of Interior Minister Fernando Grande-Marlaska. The latter already has a date to appear before the court. According to sources in the case, it is scheduled for October 18.

In a letter last Monday, the lawyer Antonio Urdiales demanded the summons of Crisóstomo when he understood that the department directed by Marlaska he was “aware” of the arrival of the polisario leader to Spanish territory. “Except that the presence of Ghali in Logroño, on April 18, 2021, it would not have been revealed to the National Police by an act of extrasensory revelation, the logical and normal thing is that the Ministry of the Interior was aware of the operation, “he said.

Urdiales maintained the relevance of summoning the Chief of Staff of the Minister of the Interior “in view of the fact that the ambulance that transferred to Ghali from Zaragoza to Logroño she was escorted by police forces “.

The judge’s investigation is aimed, therefore, at elucidating whether the decision was made directly by Minister Laya or, as her Chief of Staff stated, the order could come from higher up: “He told me that the decision had been made. No I think it was her alone by herself and before herself. The Government is not a kingdom of taifa “.