A few hours after being arrested at the Dulles International Airport, Virginia, Emma Coronel, wife of Chapo Guzmán, faces drug trafficking charges, but another motive that will fall on her shoulders was also uncovered.

With 31 years of age and dual nationality, Mexican and American, Emma Coronel Aispuro, wife of Chapo Guzmán is accused of “participating in a conspiracy to distribute cocaine, methamphetamines, heroin and marijuana for importation into the United States,” according to EFE.

However, another reason was revealed why the ‘influencer’ is detained: “She conspired with others to help Guzmán in his escape on July 11, 2015 from the Altiplano prison, located in Almoloya de Juárez, Mexico”, it was informed.

As if that were not enough, Chapo’s wife planned another prison break before the kingpin was extradited to the United States in January 2017, according to Justice Department reports.

According to published for ‘El Universal’, Dámaso López Núñez, alias ‘El Licenciado’, a former colleague of Chapo, confessed that Emma Coronel was in charge of the coordination of several escapes of the drug trafficker, the main one being that of the Federal Center for Social Readaptation Number 1 ” The Altiplano ”.

According to Chapo’s right-hand man, Emma Coronel met with Dámaso López and the capo’s children to buy land near the prison, plan the logistics of the escape, send her husband’s messages to his ‘collaborators’ and successfully complete the escape through the famous narco tunnel in July 2015. 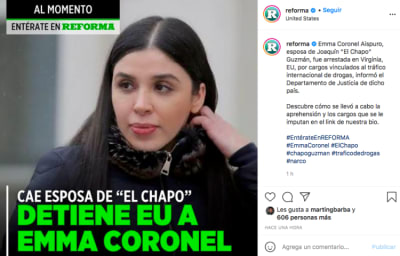 El Chapo Guzmán is serving a life sentence in a maximum security prison in Colorado, while Emma Coronel continued to visit him and apparently operate ‘his drug businesses’, for which she is now arrested; together they have two twin daughters.

Emma Coronel, wife of “Chapo” Guzmán, was arrested in Virginia on charges of drug trafficking, according to the United States Department of Justice, reports The Associated Press. 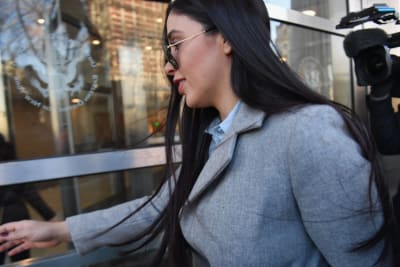 Colonel Aispuro, a Mexican and American citizen, was arrested this Monday at Dulles International Airport, in Virginia. He is expected to appear tomorrow in the District Court of Colombia by videoconference, indicates Agencia Reforma. Coronel, 31 years old and with dual Mexican and American nationality, is the wife of Joaquín “el Chapo” Guzmán

Ask for help? Video of Emma Coronel is leaked, saying that ‘there are problems’ to her husband “El Chapo” Guzmán

An alleged video appears in which Emma Coronel, wife of the drug trafficker, Joaquín “el Chapo” Guzmán, makes a lipsync to an audio where her husband, the famous capo, asked for help.

On January 24, a video came to light on TikTok where the model, Emma Coronel, wife of “el Chapo” Guzmán, allegedly asked the former leader of the Sinaloa cartel for help, who is currently paying a purge of life imprisonment in a jail in the United States.

In this video, uploaded by the account @ reynacoronado122, Chapo’s wife allegedly appears lip-syncing the song One minute, group song The Pennys. 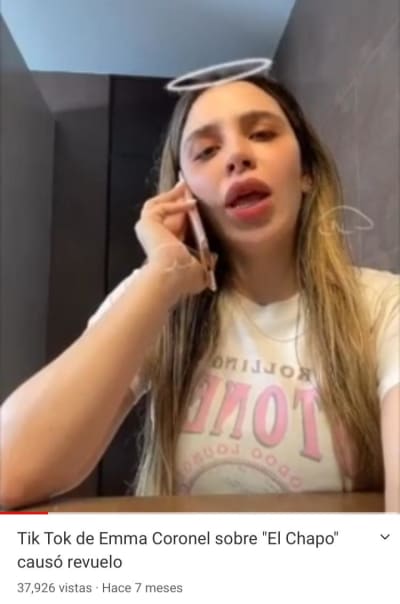 This song refers to illicit attitudes, where the singer calls someone on the phone and asks for their help, telling him that he is being surrounded by the military, while the other tells him not to move or they may die.

The song fragment read: “There is a problem, what is it? I need it to come hot ”.

And, despite the fact that Joaquín “el Chapo” Guzmán did not appear in the video, an image of him with a crown was seen, while Emma appeared on the phone at the beginning of the video. 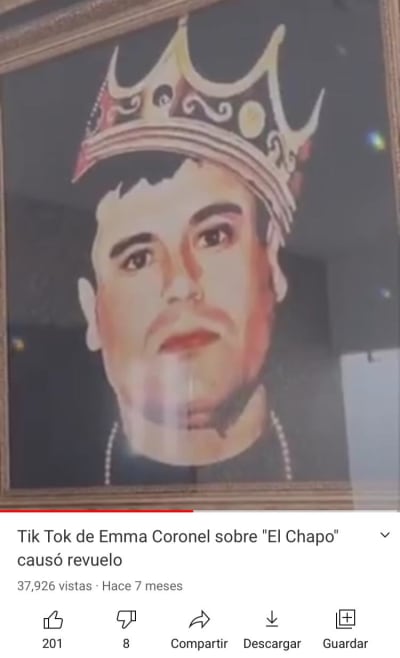 This video on Tik Tok caused a lot of stir, to such a degree that it is no longer in the profile that had published it.

Trending on Canadian News  What would be the effects of the strike in Telmex? scheduled for May 11

It should be noted, and according to the portal The opinion, Emma Coronel, wife of “El Chapo” Guzmán “has said on countless occasions that she only has an Instagram account, @therealemmacoronel, and is even verified by Instagram, and it is not known if it is really her or a double very similar to her. woman. Can you watch the video here.

After this video, Emma Coronel, wife of Joaquín “el Chapo” Guzmán, one of the best-known drug traffickers in the world, the woman has become an internet celebrity.

According to the portal Union Jalisco, the young woman closed a contract to appear in a reality show, later, her cerrera as influence It consolidated by obtaining contracts to be the image of beauty brands, as shown before his more than 400 thousand followers on Instagram every day. 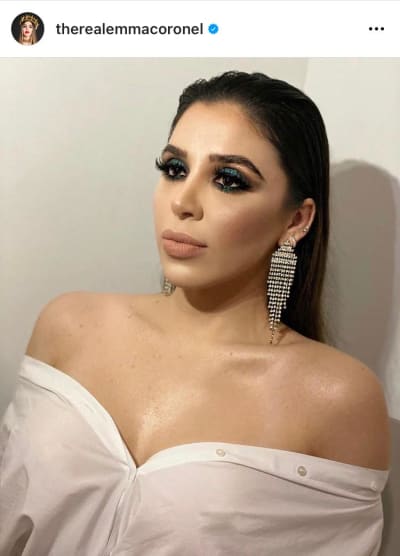 The former local beauty queen currently lives in the United States, because the young woman was born there, has already established nationality, but constantly visits her relatives in Mexico, and as well as her husband, according to the portal, she also states that her father and brother are prisoners for drug trafficking and other crimes.

However, Emma Coronel, current wife of “El Chapo” Guzmán has opened up in the world of the internet, recording video and images for different brands that hire her.