The league female in Spain It has started with a dynamic similar to the one that ended last year: with injuries. The players of the Spanish clubs live their particular pandemic whenever they jump to the grass. And it is none other than the risk of physical problems. A fear shared by all elite athletes, but which in the case of women’s football is summarized in the constant casualties due to the cruciate ligament. The data warn of this dangerous rhythm and the studies indicate the possibility of reducing the risk through better training and sports conditions.

At the moment, since the preparation for the season began and after three days in the national league, there are already four players who have had to leave the pitch due to a cruciate ligament injury. Berta Bou from Barça, Alejandra Estefanía from Athletic, Rosa Márquez from Betis and Ángeles Sanchís from Valencia. There are only four of those affected, because according to data from Zone4Football, an innovation platform aimed at promoting women’s football, last season a crusader injury was averaged in Spain in 75% of the days.

The question is clear: does it affect women more than men footballers? And the answer is not simple, although numerous studies do specify what the lesions depend on in each of the sexes: anatomical, morphological and biomechanical. The latter depend on external factors, that is, they can be improved through specialized training and correct work. And that is where the key to everything is: there are aspects that can be dealt with. 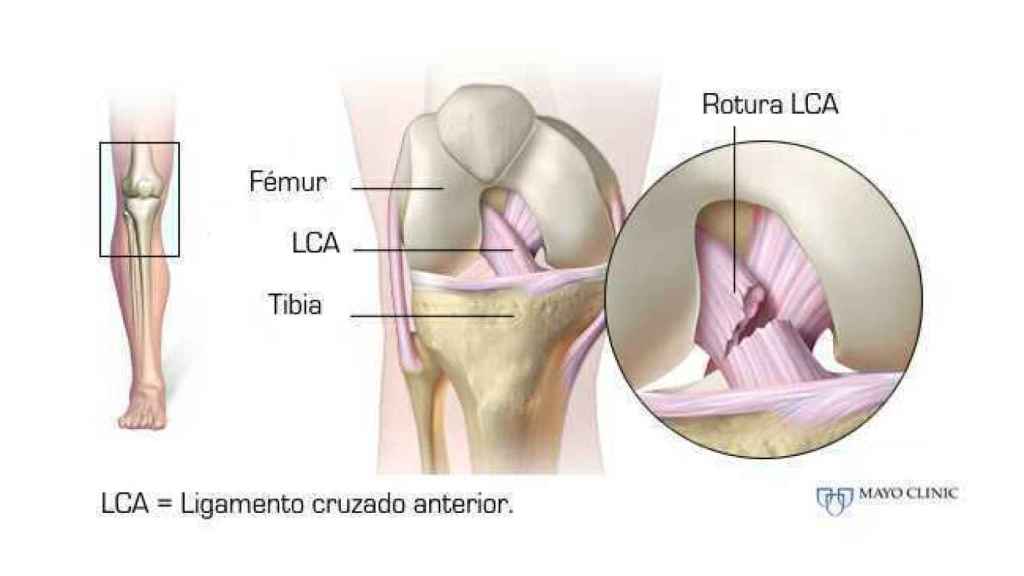 Anatomy of the anterior cruciate ligament

In the case of morphological reasons, for example, there is that of the footprint. Specialists like María Dolores Jiménez assure that the tendency of women is to have a pronator foot, that is, to have an “inward fall of the foot in the tread”. This generates more physical wear and tear and more muscular effort, so that in the sporting plane it generates a greater risk of injury, as explained on the website of the Grupo Beiman Saludmasdeporte. The shape of this footprint, after all, will cause more tension in hip and knee, also affecting said parties.

Similarly, there are purely anatomical reasons, as there are specialists who place women at a risk between three and four times greater than men of suffering ligament injuries. These situations are impossible to modify unlike biomechanical ones.

Data collected in a study of the FIFA in 2014 they confirmed that female soccer players, for physiological reasons, were between two and six times more likely to suffer an injury. A study prepared by The American Journal of Sports Medicine in 2021 (‘Systematic Video Analysis of Anterior Cruciate Ligament Injuries in Professional Female Soccer Players‘), collected up to 57 consecutive cruciate ligament injuries between six national leagues and from 2017 to 2020. Of all of them, 54% had occurred without contact.

This study was also able to confirm that the 64% of footballers’ injuries occurred in the first half of the matches, with special attention to the initial 30 minutes. “Interventions aimed at reducing ACL injuries – anterior cruciate ligament – in women’s football should take into account high-intensity defensive play early in the game,” the findings of this research indicate. 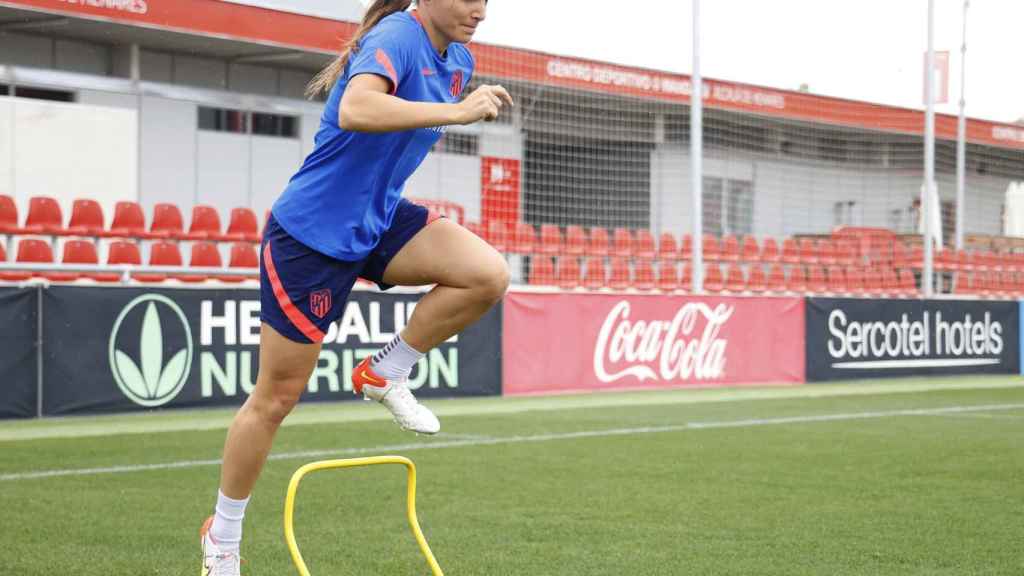 Regarding the analysis of the women’s football in Spain, the most recent research was published in 2021 and prepared by R. Martín-San Agustín, F. Medina-Mirapeix, A. Esteban-Catalán, A. Escriche-Escuder, M. Sánchez-Barbadora and Josep C. Benítez-Martínez. The conclusions of this study are that Spanish football is experiencing a situation similar to that of other women’s leagues. Structures such as the ACL, they acknowledge, “are more frequently injured in the circumstance of no contact“.

This research emphasizes this lack of specialization, specifically in regards to training. Although they claim that the “preventive strategies should focus on prospectively collecting the specific mechanisms of injuries over several seasons “, the authors emphasize that in injuries such as ankle, prevention strategies based on neuromuscular training” have shown reduce incidence“Of injuries. In addition, they point out that unlike other competitions, in Spain the calendar is tighter and this may affect the time that should be devoted to prevention.

The role of brands

The specialization of women’s football is not only a matter of the clubs, but also of the brands. And one of the keys is in the footwear. Recently it was Puma that hit the market by introducing exclusive boots for women and presenting another design that they announced as unisex. The German brand, which in recent times is gaining ground in the football sector, thus showed its commitment to a booming women’s football.

“We understand that needs and the fit between a male and a female foot They are different, so we will continue working to cover those differences “, they explained from the company. Some of the changes between men’s and women’s boots it was in that the “version for the female foot features a regular to narrow silhouette, a lower instep, a reduced volume in the midfoot and conical studs”.

However, Puma is not the only one that has launched itself towards that specialization. Another company that has opted for women’s soccer shoes, and that is much more common among the Spanish public, is Decathlon. The French brand, just a few weeks ago, launched a exclusive football boot design for women and that fits the female foot. In this case, the boot is more designed for mixed soils and artificial grass instead of natural. Before Puma and Decathlon he was Nike. In 2016, the sports sector giant began to present different collections of boots for women’s football.

Carmen Calvo and Irene Lozano, in the presentation of the Liga Ellas

The request for an improvement in specialization comes just at a key moment for the future and present of women’s football in Spain. It was last year when Irene Lozano, then president of the Higher Sports Council, announced that the women’s league was going to turn professional. A historical and unusual fact that did not take shape until before summer, when Jose Manuel Franco at the head of the CSD the measure was approved and the next steps were announced.

The professional women’s league is one of the Government’s bets in the sports field. And a reflection of this is that it included, in the Recovery Plan sent to Brussels, a section for investment in the professionalization process of this new competition. However, the season has started and little progress has been confirmed.

This first campaign was always seen as a year of transition, but currently there is a conflict with some clubs over broadcasting rights and there are no statutes on which to build the new league. As EL ESPAÑOL advanced, from the CSD A document was sent to all parties involved to find out what their impressions and ideas were about the new women’s league. This document included economic aspects on the management of the competition, but also others such as the requirements of the playing fields.

This section can serve as a solution to the problem of injuries. Better facilities and work teams can reduce risks, as the aforementioned studies show. If it is a requirement, clubs must invest in this section. Negotiations continue and this year 2021/2022 the pillars of Spanish women’s football for the coming years will be established.