Laughing at the German Chancellor Angela Merkel and their possible successors until reaching the Bundestag. That seems to be the ultimate goal of the German political party. The party or, in Spanish, El Partido.

This formation puts the satirical touch on the German electoral campaign, which is currently experiencing its final stretch with the Vice Chancellor and Finance Minister, the Social Democrat Olaf Scholz, as a great favorite. Armin Laschet, candidate for chancellor of the Christian Democratic Union (CDU) and officially ‘heir’ to Merkel, he is campaigning as hard as he can against Scholz.

For the MEP Martin Sonneborn, leader of The Party, the political spectacle of the German campaign feeds material for the string of jokes with which this 56-year-old man defends the vote for his formation. “Vote for The Party. It’s very good, ”says the main slogan of the Sonneborn line-up.

The best examples of how The Party laughs at the Teutonic electoral campaign are surely on its election posters. These tend to interact with those of the other formations. 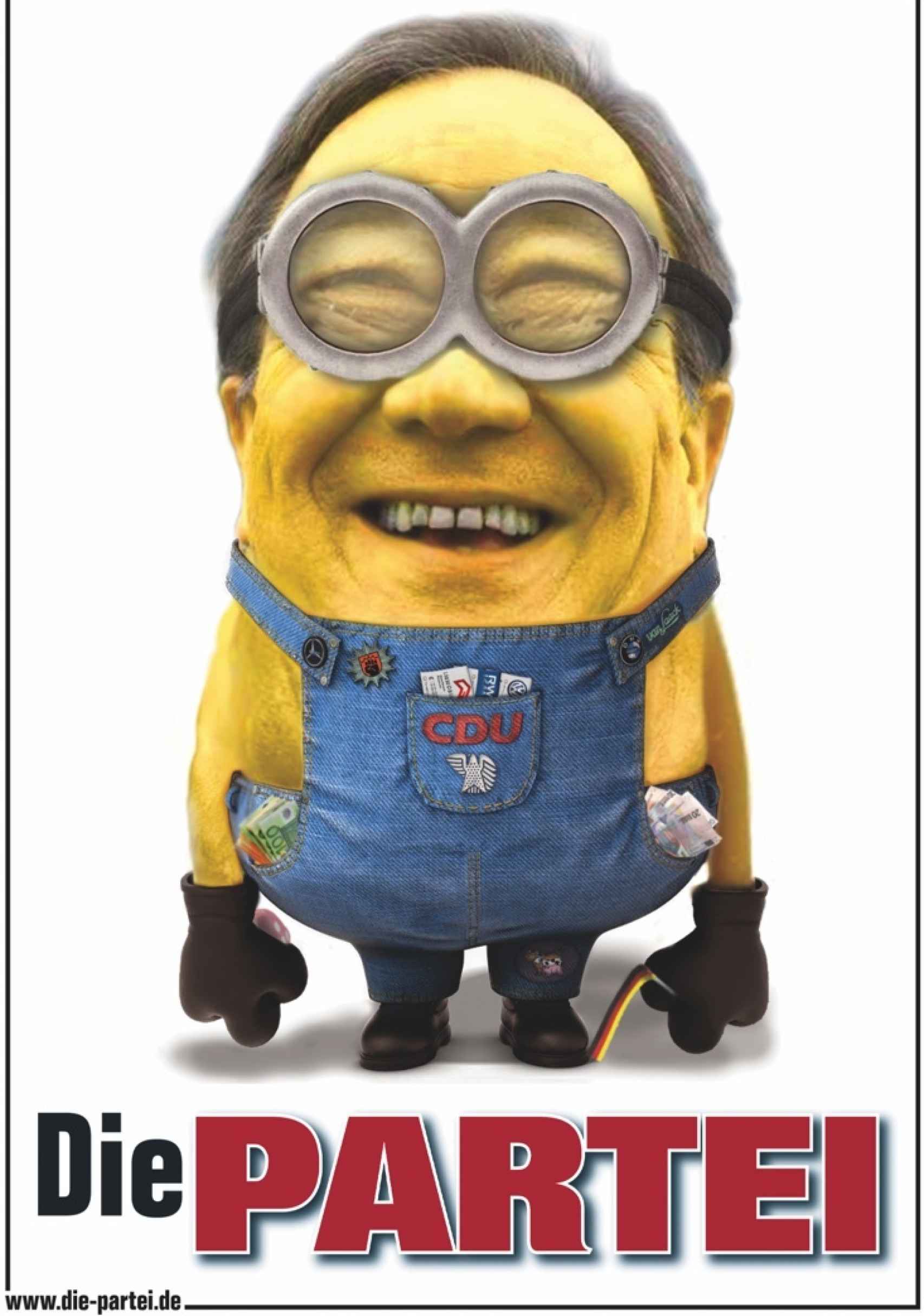 Poster of The Party on the occasion of the German elections.

In Cologne (West German), under a poster by Scholz with his slogan “Respect for you”, the Party placed the image of one of its candidates in that city, the nurse Judit Geczl, which reads: “Respect for me.” In one of the most viewed El Partido posters, Laschet has appeared caricatured as a smiling minion, as if Merkel’s ‘heir’ were one of those famous and funny characters somewhat lacking in lights from the film saga Despicable Me Gru.

On account of one of the great themes of the electoral campaign, climate change and how to protect the country from it, the posters of The Party ask themselves satirically: “Do we really want to destroy the economy just to save the planet?” Sonneborn, a MEP since 2014, tells EL ESPAÑOL that in his party “humor is the main factor” in addressing his voters.

Not surprisingly, his training, which has yet to overcome the 5% barrier to be present in the Bundestag, emerged from an initiative of the satirical magazine Titanic. This publication finds its Spanish equivalent in Thursday O Mongolia. “With humor we politicize a lot of young people,” says Sonneborn, alluding to his constituency. Humor also distills, of course, the proposals of The Party for these elections.

Instead of an instrument such as the Minimum Living Income, Sonneborn and company say they want to implement a “Existential Maximum”. “We want to redistribute the assets of those who have more than 10 million euros” to “make society fairer and fight poverty,” explains the leader of The Party when asked about the key measures of their training in the political career that It ends with the general elections on Sunday, September 26. “It is also important”, recalls Sonneborn among his priorities, “to put a brake on the price of beer and kebabs.”

They say in The Party that the formation dedicates its efforts these days of campaign to make “left populism”, although they also throw things “dirty, funny and low level.” For example, in the campaign posters of The Party have been seen with the message “kill Nazis” on the electoral posters of the far-right party Alternative for Germany (AfD).

To that formation he is criticized, partly on his own merits, for being from the extreme right. So much so that the Office for the Protection of the Constitution, the name given here to the intelligence services of the Ministry of the Interior, currently values ​​putting the far-right party under surveillance as “unconstitutional”.

When asked by the main candidates, namely Scholz, Laschet and the ecologist Annalena Baerbock, Sonneborn does not leave puppet with head. “Laschet cannot be taken seriously, Baerbock has no chance of winning and Scholz will be the best chancellor of the CDU. [sic] that we’ve ever had, ”Sonneborn says.

For this MEP and political-satirical leader there do not seem to be big differences between Scholz, who belongs to the Social Democratic Party of Germany (SPD), and what the CDU defends. Both parties have ruled in a ‘grand coalition’ for twelve years during the Merkel era. 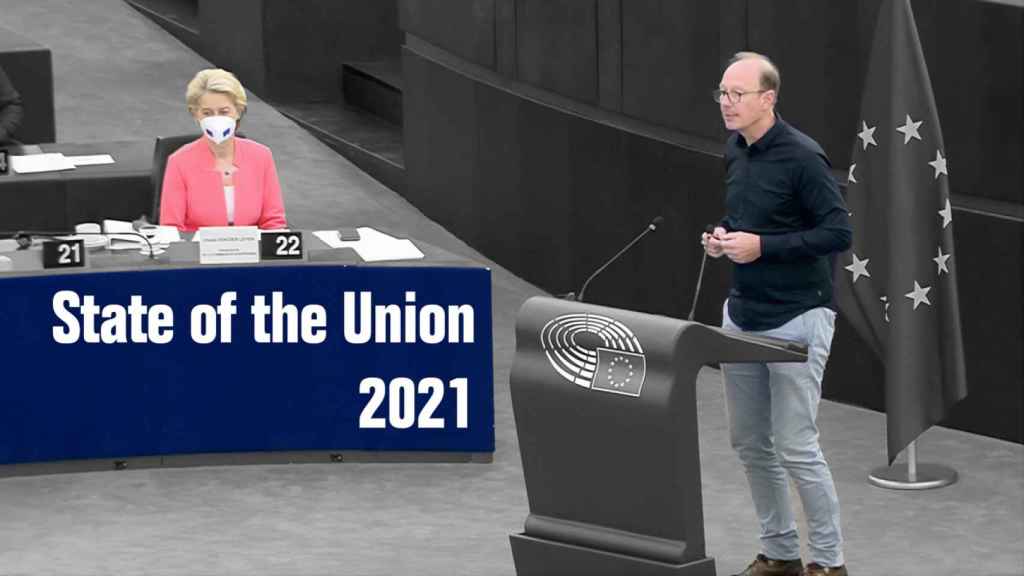 “He can’t believe how lucky he is right now,” Sonneborn says of Scholz’s situation. Voting Intent Polls Give Winning SPD in this final stretch of the campaign. Up to 26% of the voting intention is attributed to him, being ahead of the CDU. Conservatives are seen gaining between 20% and 25%. The Greens are right now far behind the Social Democrats and Conservatives. At most, environmentalists are awarded 17% of the vote.

For months, the SPD was flirting with irrelevance. The 2017 elections, in which the Social Democrats suffered a historic defeat, were a severe blow to the Social Democrats. His candidate then, Martin Schulz, ran into the solidity of Angela Merkel, who ended up being re-elected Chancellor for the fourth time after those elections.

In 2021, however, Merkel does not stand for re-election. She has been in government for 16 years and Sonneborn’s assessment of the Merkel era is in the form of an acid joke. “I have great respect for Merkel, has managed to break the European Union in 16 years. It has pitted East against West, North against South, while Germany is profiting financially, ”says Sonneborn.

That does not mean, in any way, that he could improve things if the Germans made him Chancellor. “Sorry. I have no ambitions of chancellor. Being chancellor is too exhausting ”, he concludes.