Hispanic couple dies the same day from coronavirus after 50 years together. They met at school in Mexico, got married when they finished high school and were married for almost half a century in a love that only COVID-19 could separate.

Death came just over three hours apart. Despite the family’s best efforts, Juan and Blanca Rodríguez, both 67 years old and residents of San Diego, were infected with the coronavirus in January.

Juan and Blanca Rodríguez, a love story that ended with coronavirus

“We knew it would be very dangerous for my parents due to their health conditions,” explained Blanca Velázquez, one of the couple’s three daughters, in an interview with Efe. Juan suffered from diabetes, had heart and kidney problems and had been operated on for a fracture a couple of years ago. His wife had diabetes and arthritis. 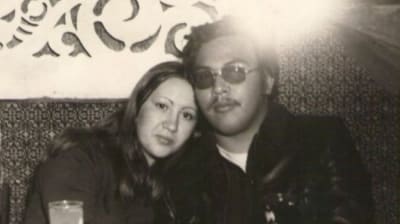 Juan and Blanca lived with their daughter Blanca, her husband and their two children, and Cynthia, another of their daughters, so the family took all precautions to avoid contagion. “We did everything possible not to get infected,” said Velázquez. Thus, they did not leave the house and order food at home, the same as market purchases.

The only one who went to work because it was his turn was Blanca’s husband, but “when he returned he immediately bathed and changed completely his clothes.”

They celebrated Christmas virtually by communicating with the children who lived in other houses, Juan Jr. and Ana, through Zoom.

Last days of the in love Hispanic couple

However, on Sunday, January 17, Velázquez, like his 21-year-old son and his sister Cynthia, were not feeling well, so they decided to go for the COVID-19 test on Monday. The mother also went and when they received the results they were all positive for the coronavirus. 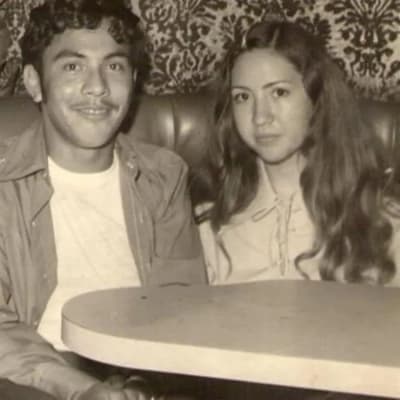 A couple of days later the father started having a cough and he was not feeling well either. The next day they had to call ambulance services to take the parents to the hospital.

Unfortunately, the Hispanic couple were hospitalized in different centers, distancing their love for the coronavirus.

The heartbreaking farewell to the Rodríguez family

“On Sunday, February 7, they called us from the hospital where my father was to inform us that he was not well,” said the Rodríguez’s daughter. 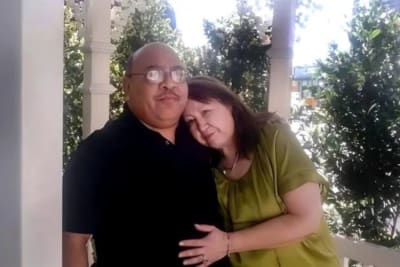 They went to visit him along with other uncles and took the opportunity to speak with the mother through Zoom. “She spoke with my dad and said ‘thank you for sharing your life with me,’ and she also told him that she loved him and that he looked very handsome,” Velázquez recalled on the verge of tears.

That same night they had to intubate the mother and a few hours later the hospital called them and told them that if they wanted to see her they had to go urgently because her oxygen was very low and at any moment she could suffer a heart attack, indicates Efe.

“We went and said goodbye to her. My mother passed away at 12:34 in the morning ”, explained the daughter. That same night the hospital where the father was called was called to go immediately. 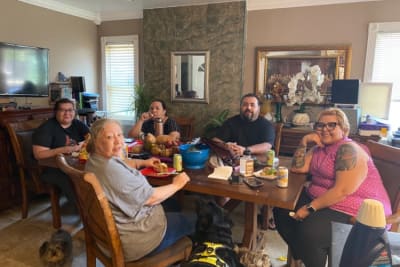 “When we arrived they told us that my father had passed away at 4:18 (am)”, but that after midnight he had had a strong drop and if it had not been for emergency medical attention, he would have died at the same time as my mother”.

The Rodríguez spouses, who came from Mexico as children, would have been married for 48 years on March 13.

The children of the Rodríguez spouses remember that “they were always together. If my dad didn’t see her, even though he was at home, he would ask for her and they would often hold hands ”.

Juan Rodríguez Jr. summed up the love of the two in one sentence: “I really think that my mom and dad were one soul; they were not two souls, they were one ”. 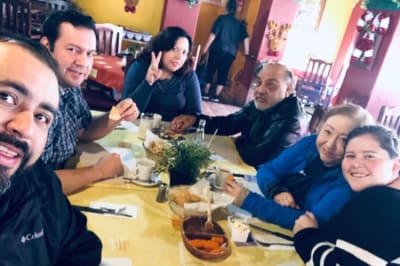 The Rodríguez family, has created in GoFundMe the account “Blanca & Juan Rodriguez” to cover the burial expenses of this couple who, as Velázquez says, “were together since high school and left together holding hands.”