The Covid crisis has broken some taboos around Germany’s tight control of public finances. Whoever wins the election, fiscal policy is expected to remain more flexible than in the last decade, with higher investment spending in particular. But the differences between possible governments can be remarkable.

CDU / CSU and FDP consider tax cuts for companies and people with higher incomes, while the Greens and the SPD have proposed increases tax for the highest income bracket, as well as a new wealth tax.

In general, the fiscal stance of more right-wing coalitions such as’Jamaica ‘(CDU / CSU and conservative FDP) O ‘Mickey Mouse’ (three-way between Social Democrats, center-right Christian Democrats and the FDP) it would probably be more expansive, offering more support for growth, although fiscal rules are likely to silence these differences.

It is more likely that left-wing coalitions try to circumvent the debt brake to allow for higher public spending, particularly in the transition to a low-carbon economy. The center-left parties have also expressed their willingness to introduce a greater distribution of fiscal risk in the European Union and to review the bloc’s fiscal rules.

This would take some of the pressure off the ECB as it gradually reduces its asset purchases over the next few years. As such, policy makers at the ECB would welcome the so-called ‘semaphore coalition’: the SPD, the FDP and the Greens.

They can’t shoot the deficit

The call debt brake, which limits the federal structural deficit to 0.35% of GDP, will likely remain suspended next year to help the country recover from the Covid crisis. But it is likely that is largely reestablished from 2023. This would greatly limit the adoption of higher spending policies thereafter.

Only the Green Party and Die Linke have expressed their willingness to reform or abolish the debt brake rule to allow greater public investment and social spending. The CDU / CSU and FDP have indicated that they want the policy to be maintained.

Olaf Scholz, the SPD candidate (favorite in polls) and current Minister of Finance, has said that he would restore the debt brake in 2023, not in 2022 as originally planned, but it has declined orders to eliminate it entirely.

Modifying the rule would require a two-thirds majority in Parliament. For that reason, any amendment is unlikely. Therefore, it is quite possible that the rule will restrict the balance between taxes and expenditures for any incoming coalition.

Still, introducing some flexibility to finance more public investment might be politically more feasible and more likely to be carried out by a left-wing coalition, such as a grand coalition of the CDU / CSU and the SPD with the Greens (the call ‘Kenyan alliance’), or one alliance between the SPD, the Greens and the Left Party (or ‘R2G alliance’).

Few changes in the economy and the stock market

In short, if a coalition that pulls to the right wins, analysts expect a higher economic growth, which would be an advantage for everyone in Europe since Germany is their locomotive. And if a coalition that pulls more to the left wins, will increase public spending and it will support more the expansionary policy of the ECB, which does not seem bad for the rest of Europe either.

Regarding the German Dax, which this year set new all-time highs at 16,030 on August 13, and accumulates an annual profitability of around 13% so far in 2021, it does not seem that a possible change of government is going to discourage him in a country where the two most voted parties have been governing for years.

Here we see how the Dax has practically doubled in price since the lows of the spring of 2020. 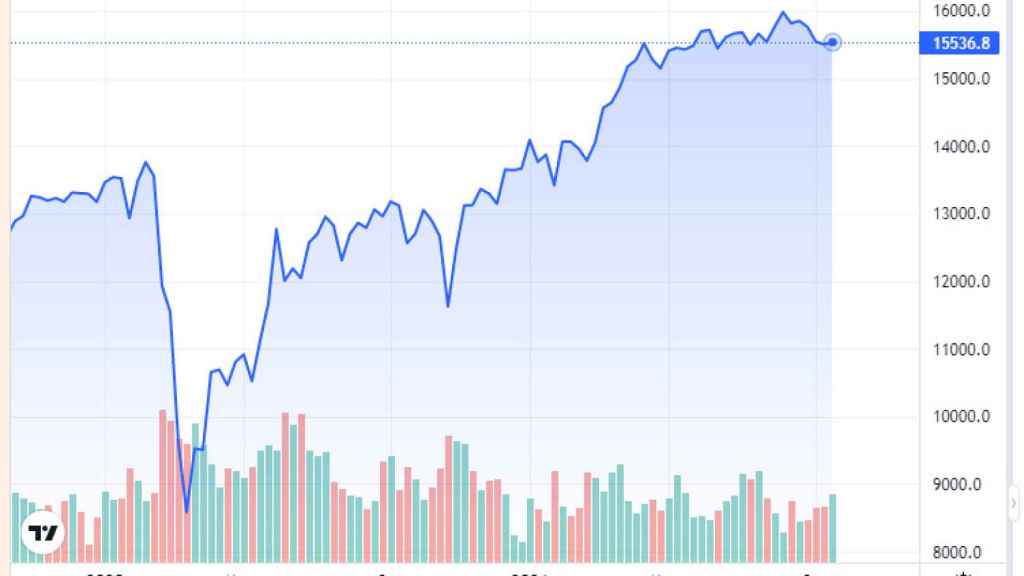 Nevertheless, what the market likes is that there are not too many changes, Therefore, any result that does not include the current coalition (CDU / CSU and SPD) in government could lead to a negative reaction in the short term.