Sometime in the late Second Iron Age, the body of a warrior, with its high-quality military panoply, was deposited in the La Cerrosa-Lagaña chasm, a 60-meter conduit located near the town of Suarías, east of Asturias. The burial could have been part of a ritual related to a warlike context, even a human sacrifice, or be the result of the murder of an enemy and its concealment, with your belongings, in a remote location to avoid possible retaliation.

Who is that subject, found during an intervention carried out last year at the site, is a mystery that archaeologists are trying to solve. The only certainties they have so far are the dating of the human remains – radiocarbon analyzes have offered a chronology that goes from the 3rd century BC to the 1st century AD – and the typology of the weapons recovered, linked to the pre-Roman indigenous sphere or the Roman military. The main hypothesis is that it is an episode related to the Cantabrian wars (29-19 / 16 BC). Is it the corpse of one of the legionaries of Augusto? Perhaps the aftermath of a clash between local communities? Or a sacrifice to the gods as a consequence of a moment of great changes such as the aforementioned conflict?

All these questions remain open, as shown by a recent work by archaeologists Susana by Luis Mariño (National Archaeological Museum-Autonomous University of Madrid), Mariano Luis Serna Gancedo (Institute of Prehistory and Archeology Sautuola) and Alfonso Fanjul Peraza (Spanish Association of Military Archeology) published in the magazine Complutum. The study describes the military and ceramic pieces and the remains of fauna (studied by Verónica Estaca) and humans (analyzed by Silvia Carnicero) discovered during recent interventions, which have made it possible to document two clear moments of use of the cave: one during the First Iron Age (VIII-V centuries BC) and another close to the Cantabrian wars. 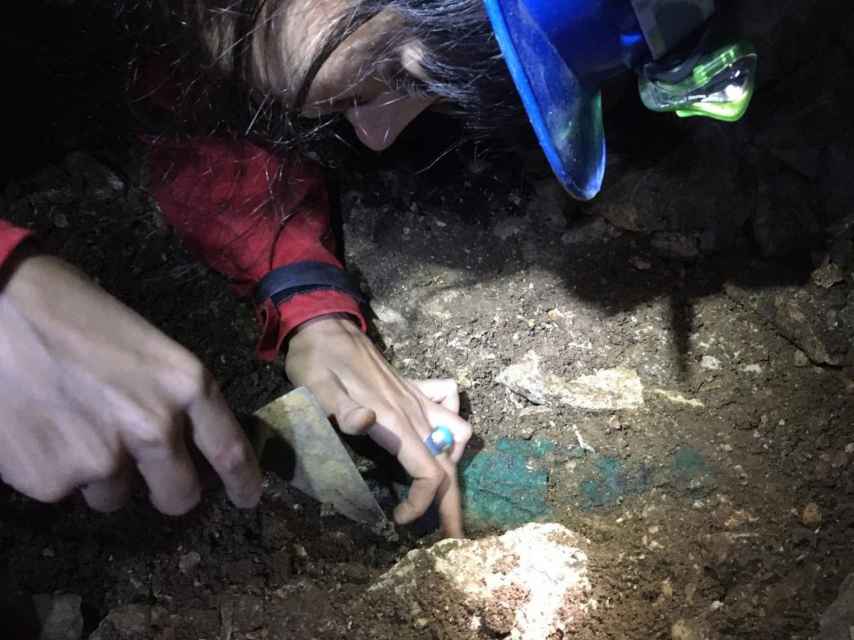 Time of discovery of the dagger sheath.

The most outstanding objects of the site are those belonging to the military panoply and stand out for the quality of their workmanship. Researchers have identified a minimum of four spears having three willow leaf shaped points, a fragment of a sleeve and two spindles, with a broad chronology from the 5th century BC to Romanization; or a dagger sheath made up of two solid bronze plates that cover the obverse and reverse of the piece, decorated with longitudinal and transverse incisions and whose characteristics point to a hybrid model between the indigenous “curved-edged” type and the Roman dagger. pugio, between the 3rd and 1st centuries BC

Likewise, they have been located four bronze plates decorated that would be riveted in a belt of organic matter – perhaps from which the dagger described would be suspended – and that resemble those recovered in the Roman camps of the Numancia ring line, dated around the 2nd-1st centuries BC; or two horse bridle beds identical, two pieces of bronze characteristic of the Roman area in the shape of a wheel that have a maximum diameter of seven centimeters and that could be related to the presence of an equid. 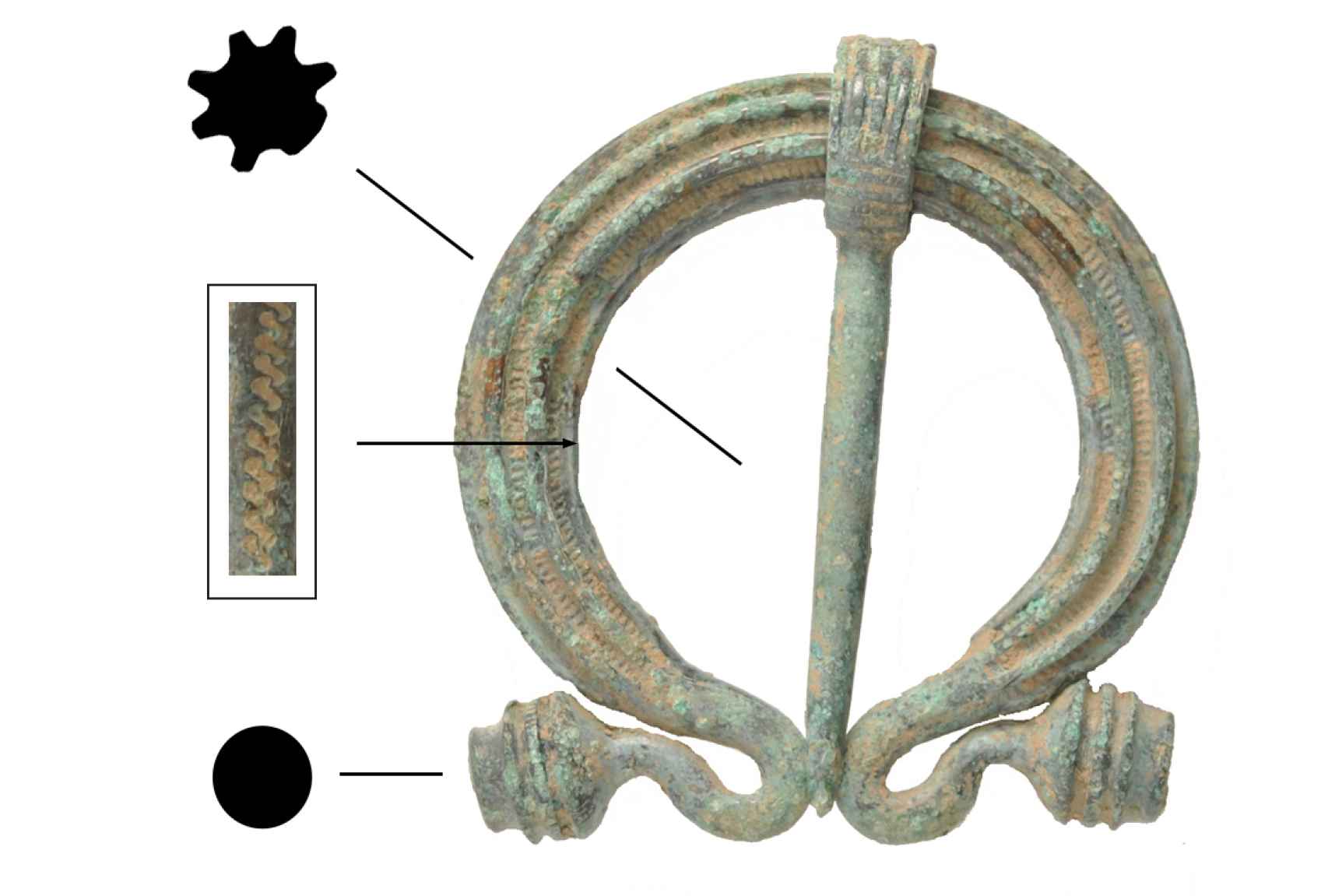 In the La Cerrosa-Lagaña chasm, elements related to adornment and personal care have also come to light, such as an exceptional bronze omega fibula that keeps complete the a razor, possibly razor, consisting of an iron blade; and others associated with sacrifice, such as a long narrow blade knife which are characteristic of the pre-Roman cremation necropolises of the Meseta as part of the grave goods of the deceased.

But the most abundant archaeological material of the site is the fauna, until 807 animal remains, of which 36 individuals have been identified: 12 bovid, 11 ovicaprios, 4 horses, 4 suidae and 4 dogs. Regarding ceramics, vestiges of seven different containers have been discovered, six of them associated with the Iron Age and possibly linked to the deposit of liquids or food inside or to the hypothetical ritual carried out in the place. 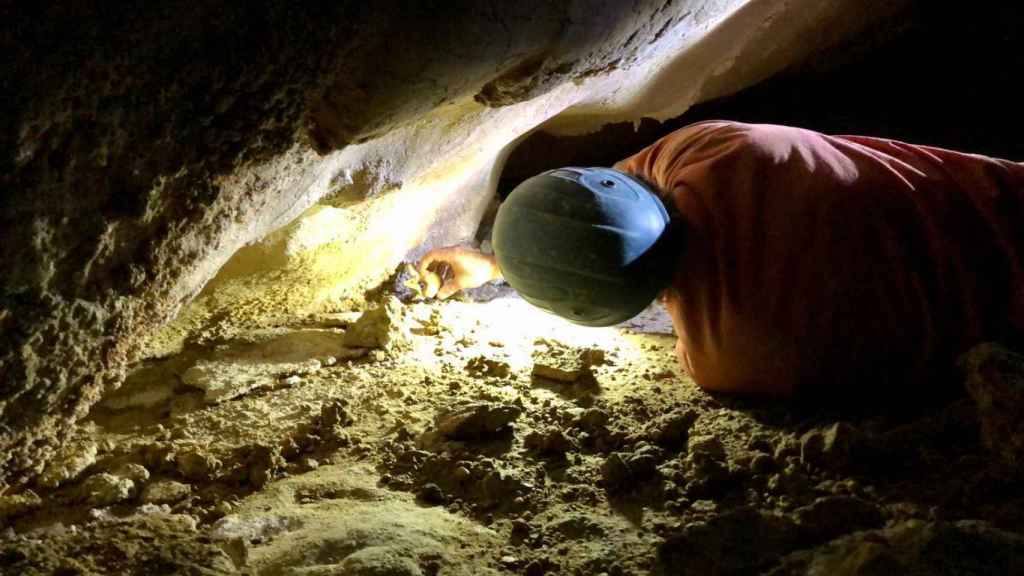 Excavations inside the chasm carried out in 2020.

The truth is that the warrior to whom the panoply can be attributed is not the only person buried in the chasm. Archaeologists have accounted for human remains of a minimum of four individuals. In addition to the character assigned to the Cantabrian wars, whose bones do not show traces of violence, two others have been dated thanks to Carbon14 between the 7th-5th centuries BC: they are the remains of the skulls of two female subjects, one of about 20- 25 years and a somewhat older one between 25-30 years.

The team explains that they are currently carrying out anthropological and DNA and isotope study analyzes of human remains and fauna, which are in process and still without definitive results. In addition, at the end of 2021 it is planned a new archaeological intervention at the site with which it is intended to resolve some issues. 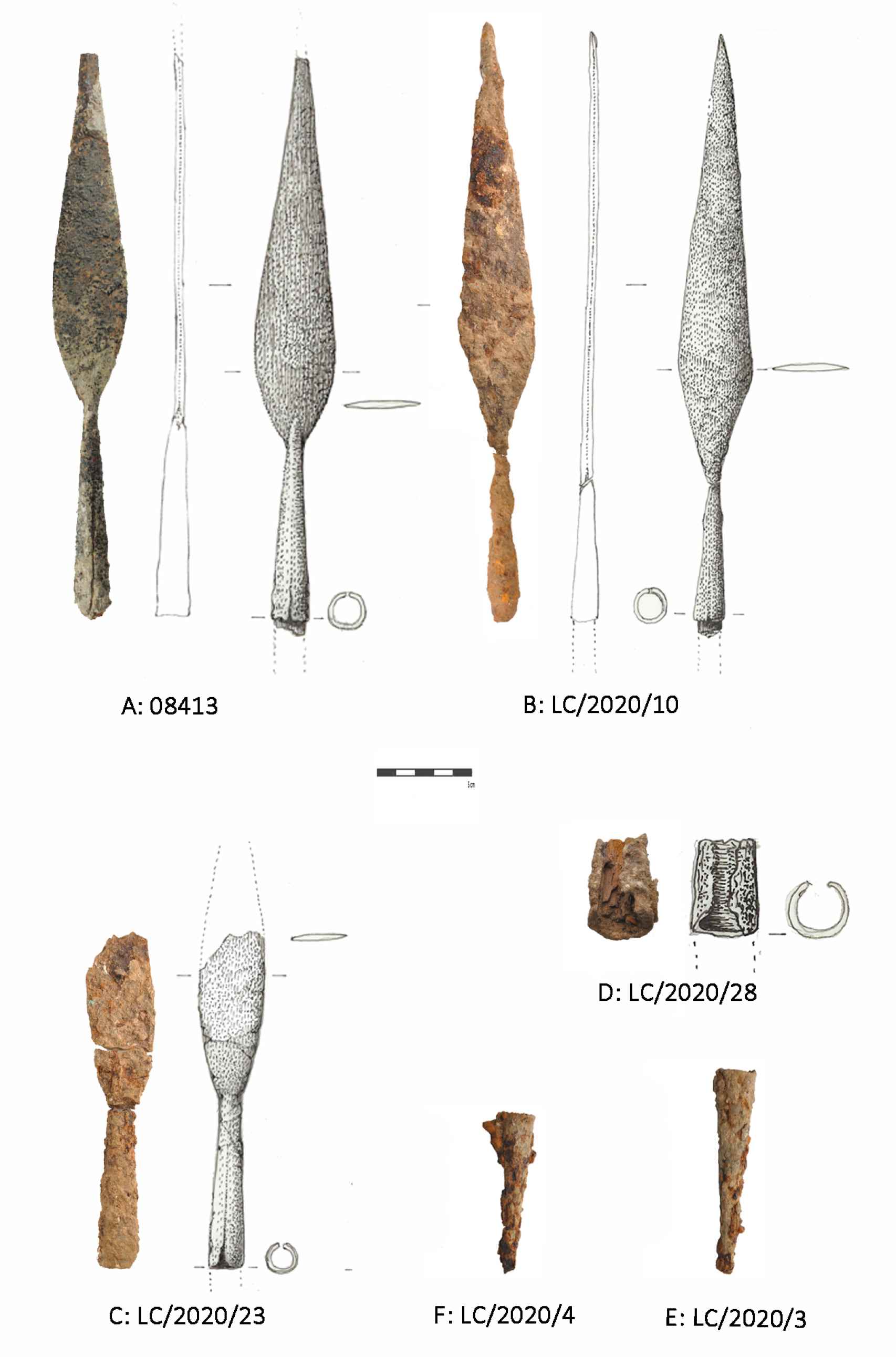 Spearheads recovered from the site.

At the moment, the main hypotheses that archaeologists use to explain the presence of the warrior and his weapons consist of a funeral ceremony or human sacrifice, also accompanied by bloody rituals of animals, or the murder of an enemy, maybe among indigenous and its hiding in the chasm. “It must be taken into account that moments of social crisis and warlike context, such as the time of the Cantabrian wars, propitiate an increase in the performance of rituals to deities, especially those that have to do with the demand to the gods in exchange for gifts in an act of reciprocity “, assess the researchers.

And they conclude: “The chasm of La Cerrosa-Lagaña is then configured as a place that was used throughout the Iron Age and that could be specifically chosen for symbolic reasons (both for the meaning of the cave in the cosmogony of the societies that made use of it, and for the presence of remains from earlier times) and / or for practical reasons of concealment. “The mystery of the warrior remains open.