Exactly one minute after midnight, the wait was over for club goers and Toronto party starters.

As the clock struck 12:01 a.m. Friday, some of the city’s hottest dance venues resumed operations after a multi-month dry spell, marking the official start of Ontario’s transition to Step 3. LGBTQ + bars and nightclubs took the lead, refusing to waste another second.

“Ladies and gentlemen, start your engines,” said Morgan James, a drag performer and master of ceremonies at Flash on Church, just as the club’s golden doors opened.

Feluis Lama, 48, was at the front of the line. He arrived an hour early to secure his place inside, knowing that the capacity limits were set.

“It is the beginning of a new beginning,” Lama said. “It’s nice to feel that life has returned to normal.”

Across the street, the community staple Crews and Tangos moved their drag shows indoors on Thursday, with drag artist Ophelia Manson and entertainer Vitality Black on the main stage. In a ad Posted on July 14, Crews and Tangos said the dance floors will not reopen “until further notice,” but that guests [their] table”.

That didn’t deter Shawn Alexander, who like Lama, wasn’t “taking chances.” He lined up an hour early to avoid the long lines that often form outside the bar.

“We are excited, excited, the adrenaline is flowing,” said Alexander, 27. “I am excited to reconnect with the community. It’s time for the ball to roll again. “

At The Well Bar, also on Church Street, drag artist Sofonda Cox danced and lip-synched to pop hits from behind a Plexiglass barrier, occasionally emerging to attract her seated audience. When the song “Toxic” was played, a man rhetorically asked, “Is it Britney?”

While a renewed sense of freedom throbbed in the Gay Village, health guidelines were the most important thing to Flash on Church owner Darren Hansford.

“I’ve had butterflies,” said 42-year-old Hansford. Complying with safety regulations will require jumping hoops, and the reopening means the bar could lose some of its government subsidies, he said. “It is a challenge, but we are prepared.”

The provinces rules for restaurants and bars prohibit dancing. But for food or beverage establishments where “dancing facilities are provided”, such as nightclubs and resto clubs, the guidelines do not specify, only state that guests must maintain a physical distance of two meters from each other, and venues do not they can exceed 25 percent. capacity, or 250 people, “whichever is less.”

If seated with members of your household, clients can remove masks, but face covers should be worn when walking around.

Carlos Lopes, the venue manager, said that guests can dance as long as they are masked.

When the province announced the move to Step 3, management “was quick to prepare for a timely reopening,” Lopes explained. The five days leading up to the event were spent connecting with entertainers, staff, and vendors. It was especially important because El Convento Rico is celebrating its 30th anniversary, he added.

Jamar Peart and his partner Alex Bertok were among the partygoers at the disco.

“I feel absolutely exuberant … The energy is great,” Peart said.

“We need to celebrate that our Latinx LGBTQ + community and Toronto as a whole return to normal,” added Bertok.

In addition to LGBTQ + venues, Toronto favorites Comfort Zone and Vertigo Toronto braced for a long night of rave.

DJs Manzone and Strong’s set at Comfort Zone (Queen West) ended around 5am. But Saturday and Sunday’s events, titled “AM Sessions” and “Morning Mass,” feature a full lineup of DJs behind the decks between midnight and 9 am. club is open on a first come first serve system.

While some establishments opted to open at 12:01 am on Friday sharp, others are being delayed; opening at 25 percent of their capacity would be trading at a loss that they simply cannot afford.

Michael Homewood, a restaurateur and owner of bars and concert venues across the province, said if he reopened some of his locations now, he “has no doubt” they would lose money.

For example, at Baby Huey’s, a restaurant-bar in Ossington, Homewood might not have enough seats to make the business profitable. The property is shaped like a narrow rectangle, so not ideal for social distancing requirements. 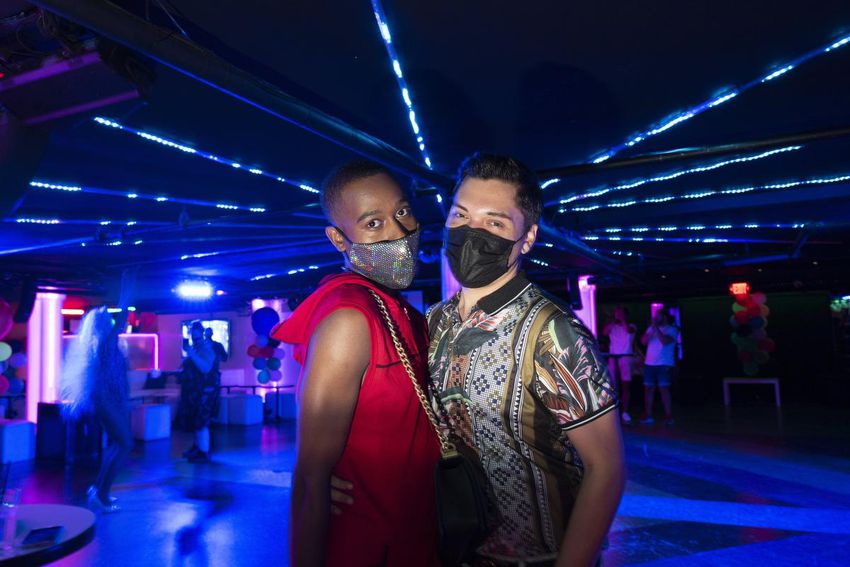 Staff have moved on, which means a “fresh start” for some of their businesses, he added.

“You can’t ask people to wait about a year and a half for a part-time job.”

The Kee to Bala, Homewood’s 80-year-old concert hall in Muskoka, will also remain closed until capacity restrictions are eased.

“It just doesn’t make sense to rush. I don’t want to push limits just to cover expenses, ”he said.

But the biggest problem is making sure no one gets sick, Homewood said. Ensuring that guests remain seated will be “next to impossible.” Even last summer, when indoor seating was briefly opened and the threat of the pandemic was more pressing, implementing social distancing and seating rules was stressful.

At one of their locations, the clipboard with all the contract’s tracking information disappeared, leaving Homewood “freaking out.”

“This summer, I don’t think they care at all … it’s better to be safe and wait.”