Krista McCarville’s track in northern Ontario, like all those competing in the Canadian Olympic curling events in Saskatoon, hopes to represent Canada at the Beijing Olympics. But the way his team got there is a bit unusual.

They spend most of the time they have curling in training, not in competition as is the norm in Canada. And because of all that training in Thunder Bay, you only have to read the ice once during these high-pressure games at the SaskTel Center.

McCarville, Kendra Lilly, Ashley Sippala, and Sarah Potts have spent years tamping down their natural curl styles to make sure they slide on the same delivery line, drop the stone in the same way, and apply the same rotation.

That’s how they’ve gotten to this stage, alongside Canada’s best, while only about a fifth of the top teams compete, says their coach, Rick Lang.

Using focused team training to create and maintain the exact same curling technique, or as close as humanly possible, is something that is increasingly being done in other countries, including those that are beating Canada on the world stage. .

But it’s still rare among teams here, says Lang, the two-time world champion who was a longtime national team coach for Curling Canada. It is also controversial. In fact, when Lang talks about this, he is sometimes accused of wanting to turn curlers into robots.

“I’m not talking about making robots out of them,” Lang says. “Sometimes they interpret me that way. I call them artists. We have a lot of teams in Canada that are artists. They take shots, but they do it their way.

“But the game has changed to the point where now the technical level is so high and precise that if you don’t do this, they will beat you.”

That’s already happening more often than Canadian curlers would like, especially on the biggest world stages – the Olympics and the world.

Canada left the 2018 Olympics without a men’s or women’s curling medal for the first time since the sport was included in 1998 (Canada won gold in the debut of the mixed doubles event). They also missed the podium at this year’s world championships. . 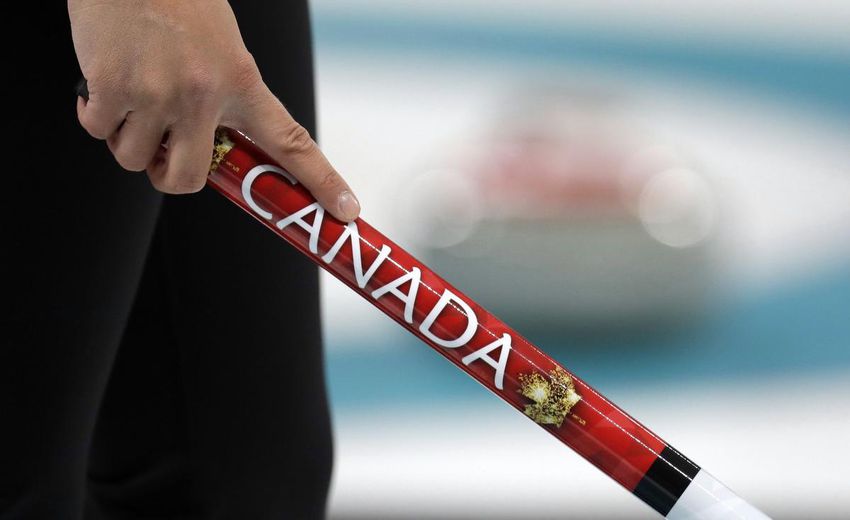 McCarville and her teammates, who made the decision years ago to put their jobs in – she’s an elementary school teacher – and families first, are considered disadvantaged in the Olympic trials, which run through Nov. 28. But the fact that they are there and as good as they are, with so little competition, is the result of years of training to increase their curl symmetry, she says.

“I can leave the broom for myself and the exact same ice for Ashley, Sarah, Kendra,” says McCarville. “It makes my life a thousand times easier.”

Kerri Einarson’s track in Manitoba approaches things in a more typically Canadian way. They often practice individually for work and family commitments; they compete a lot, which keeps their points high and the sponsors happy; and they meet to train a day or two before big events like tryouts.

“Each of us has our own individual style, which makes it a bit more difficult for me, ”says Einarson. “But as long as they’re consistent with that, I can remember who I need to give a little more ice to, who I don’t. Not everyone will be structured in exactly the same way and will release the exact same thing. “

Countries in Asia and Europe that do not have the same history and depth of talent are selecting rollers, rather than having teams earn their way to the top, as Canada does, and training them full-time in high-performance podium centers. Olympic. performances specifically in mind.

“When you witness the technical excellence of Asian teams, you marvel,” says Peckham. “They are so accurate and so biomechanically robust.”

In many sports, the ratio of training to competition is around 90-10%, but few curling teams in Canada would reach the 50/50 mark, Lang says: “The culture in Canada is that you get better at playing. much.”

That culture must change if Canada is to keep up with the increasingly competitive global curling environment, he says.

Of course, as Lang knows well from his time at Curling Canada, the elite system itself drives teams to compete a lot.

There is so much depth to Canadian curling that the best have to chase points in competitions to get into the big televised events, which are crucial to attracting and keeping sponsors. They also have to compete hard to beat each other, as they are doing in Saskatoon, just for a chance to make it to the Olympics.

And then there is the money.

“The reality in Canada is that none of our athletes make enough money from the sport of curling to make their world go round,” says Peckham. “Especially when your world includes spouses, family members, and upcoming college programs for kids.”

So unlike full-time curlers in some other countries, the best in Canada have day jobs. That means that even if a team is based in the same city, and some have members in other provinces, their work schedules and family life can make it difficult to constantly train at the same time with a coach.

And without that piece of the puzzle, there is little hope of reaching the kind of team symmetry that Lang and Peckham see elsewhere and that they are of concern.

“There is no question that other countries have caught up with Canada in terms of performance and, in many cases, they have surpassed us,” says Lang.

“You have to wonder why and how this is happening.”