Twelve-year-old Lynne Harper had a little fight with her parents on the last day of her life.

It wasn’t about anything important. She had wanted to go swimming and they said no.

Harper left her home at the Clinton Air Force Base in southwestern Ontario in anger and disappeared shortly after.

Two days later, on June 11, 1959, his partially clothed body was found in a shallow grave in Lawson’s Bush, a wooded area not far from his home. They had strangled her in her sleeveless white blouse.

No weapon was found near the body.

Just a day after that, Ontario Provincial Police announced that they had solved the crime and that 14-year-old Steven Truscott was in custody.

Truscott, the son of a noncommissioned officer at the Air Force base, was the last person known to be seen with her. He’d given her a brief ride on the crossbars of her bike before joining her friends.

After a speedy trial, clouded by tunnel vision and a lack of direct evidence, Truscott was found guilty of Harper’s rape and murder.

He was sentenced to be hung by the neck to death, making him the youngest Canadian to face a death sentence.

It would take 47 more years for his name to be finally cleared by the Ontario Court of Appeals. The court ruled unanimously in 2007 that Truscott was the victim of a “judicial error” and that “the interests of justice dictate an acquittal.”

Former provincial attorney general Chris Bentley announced in 2008 that the province would pay Truscott and his wife Marlene a total of $ 6.6 million in compensation.

For the Truscott case to reach this point, its fate involved crossover authors such as Isabel LeBourdais and Julian Sher and attorney James Lockyer and members of the Association in Defense of the Wrongly Convicted, now known as Innocence Canada.

Regardless, the question remains:

LeBourdais suggests in his 1966 book, “The Trial of Steven Truscott,” that the killer stood over six feet tall as he appeared to twist maple branches, one of which was six feet above the ground. In a kind of strange memorial, three branches were left on his body. Truscott was five foot seven at the time.

She wrote that the killer was able to quickly render Harper unconscious without a weapon, suggesting that he may have had military training.

It also suggests that the rape was committed somewhere other than where Harper’s body was found.

“All the evidence indicates that she was attacked after dark, by moonlight, in an unknown location, by an older man who had a psychotic personality and for a long time, not in broad daylight, at Lawson’s Bush, by a 14 year old young man. guy who was quite normal and had very little time, “writes LeBourdais.

“It is likely that Lynne was brought back to Lawson Bush by the driver of a second car who offered to drive her home,” LeBourdais writes. “He may well have been someone she knew.”

He also notes that the killer was an exceptionally precise man.

“The salient feature of the scene at Lawson Bush was its orderliness,” he writes. “This was not a man who dumped his victim into a ditch by the road, or even hid his body in some swamp or thicket, miles away, where he might not be found for weeks or months. Everything had to be in order. “

Dr. George D. Scott was a prison psychiatrist, while Truscott was an inmate at Collins Bay Penitentiary near Kingston.

Great efforts were made to get Truscott to confess to the crimes while in prison, to no avail. They injected him with the so-called truth serum and the hallucinogenic drug LSD, but he never told authorities that he committed the crimes.

Scott claims in his 1982 book “Inmate” that he played the detective himself, trying to learn the true identity of Harper’s killer.

He points out that Truscott did not strike him as the murderous type.

“There were no dangerous elements in his personality,” writes Scott.

Scott wrote that he had suspicions that a bank robber who served time at Kingston Penitentiary may have been the real murderer, or perhaps the robber’s brother.

Scott writes that he and a colleague played detectives, to no avail.

Trending on Canadian News  Climate doom is freaking out our kids. Can bedtime stories help?

“I was hoping to win unconditional release for Steven with my detective efforts, but I failed,” writes Scott. 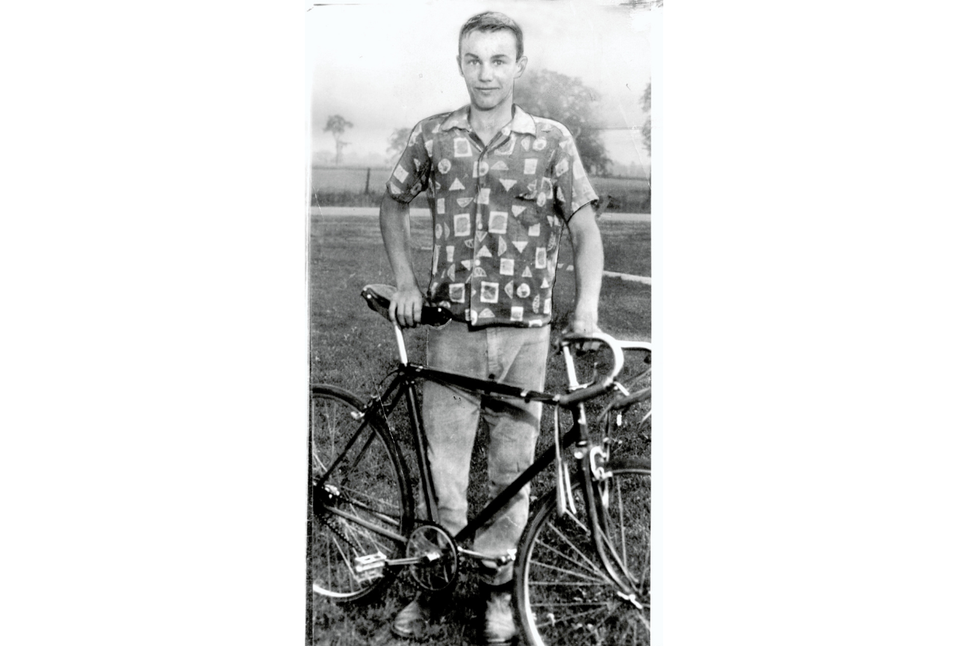 Investigative journalist Julian Sher notes in his definitive 2002 book, “Until You’re Dead,” that there were skid marks from cars near Harper’s body and that she was known to hitchhike in the Clinton area.

Sher also notes that there were three separate reports from the OPP and military police indicating that the Harpers originally suspected Lynne had hitchhiked to flee.

Truscott said he drove Harper to the intersection of a county road and Highway 8. He says he looked back and saw her get into a 1959 Chevrolet.

Sher mentions that a 19-year-old aviator is a possible suspect. That man moved out of the Clinton area and was later convicted of beating his wife and sexually abusing their two daughters.

He died in 1985 without ever having been questioned for the Harper murder.

There was another potential suspect in the area who was a sergeant. He had a history of indecent acts dating back to 1950 and had attempted to abuse a girl less than three weeks before Harper was killed.

He died in 1975 after sinking deeply into alcoholism.

Sher also mentions Scott’s suspicious siblings, noting that a Crown attorney wrote that they “may be described as pedophiles.”

Ironically, Truscott appeared to have received a fairer hearing at Collins Bay Penitentiary from inmates than the court system did. Convicted sex offenders who targeted children generally have a particularly difficult time behind bars, but Truscott was saved.

“At that point there was some honor in the joint,” a former inmate who was in prison with Truscott told Sher. “It’s like no one touched him because … we all believed in his innocence.”

In a fight to stay alive, Harper had apparently scratched his killer, but there was no DNA technology available at the time to analyze the matter under his fingernails. When his body was exhumed years later, there were no usable traces to determine the identity of his killer.