In and around the mountains, a change of seasons means a higher possibility of bear encounters, but residents in some southern Alberta communities are warned about another potentially dangerous creature.

Wildlife experts in Lethbridge say as temperatures start to warm up in the spring and summer, rattlesnakes that like to den in rocky areas will be wandering further from their dens, searching for prey.

That being said, it’s important to be careful when you go on walks in areas where you know snakes can be found.

You should also stay alert, pay attention to your surroundings and listen for the distinctive rattle.

“Just recognize in the moment that by staying calm, and by being aware of those surroundings, you’re able to make it away safely,” said Curtis Goodman with Lethbridge’s Helen Schuler Nature Centre.

Goodman adds that if you can walk, you can outrun a rattlesnake.

“I’ve never had a rattlesnake come after me. They’ve never tried to close the gap to bite me or anything like that,” he said.

“As long as you give it a little bit of distance – two, three feet distance at minimum – you’re going to be safe.” 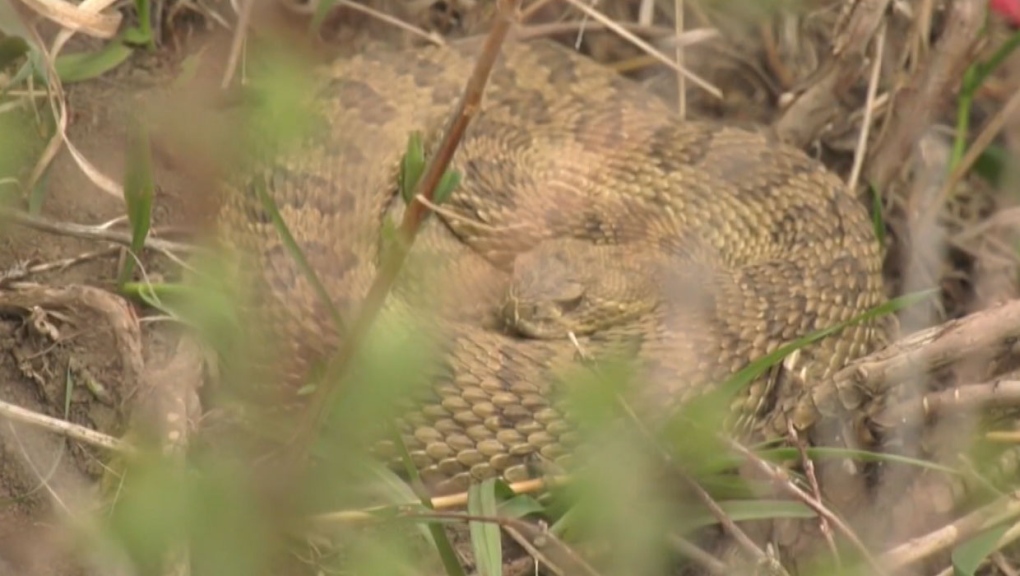 According to alberta parksthe prairie rattlesnake is Alberta’s only venomous snake and its bite is rarely fatal to humans.

Officials say rattlesnakes usually only strike if they are provoked or are surprised, so it’s important to check your blind spots if you are stepping down or climbing up onto rocky ledges.

“Rattlesnakes prefer to avoid any confrontation with animals that are too large to eat,” Alberta Parks says. “They will often hide or leave the area before you are aware of their presence.”

You should also never disturb or try to interact with a rattlesnake, officials say.

Alberta’s largest snake is the bull snake, but it is non-venomous.