An estimated two million Canadians suffer from sleep apnea and many require the use of a Continuous Positive Airway Pressure device, or CPAP machine, to help them sleep.

Philips recalled five million of their CPAP machines in June of 2021 and nine months later, many people are still waiting for their machine to be repaired or replaced.

“I understand it’s a big problem, but it’s a bigger problem for CPAP patients because, for many of us, these are life-saving devices,” said Brenda Mignardi of Scarborough, Ont.

Mignardi was told to stop using her Philips CPAP machine last summer as there was a concern that the foam used in the devices could break down into small particles and be breathed in by the user.

People who suffer from sleep apnea can have their breathing stop hundreds of times during the night and a CPAP machine sends a steady flow of air to the user’s nose and mouth to help them have a restful sleep.

Stopping and starting breathing during sleep can be stressful for the body and a CPAP machine has been proven to help prevent strokes, heart attacks and other health issues.

With her machine under recall, Mignardi said she is now frightened to use it, but is worried sleeping without it.

“I can’t afford to go out and buy one because they’re nearly $1,000 and I doubt there would be one available now because we’re talking hundreds of thousands of people (that need a CPAP machine),” said Mignardi.

Many owners of the recalled machines have been frustrated by the lack of communication from Philips as to when they will get their device repaired or replaced. 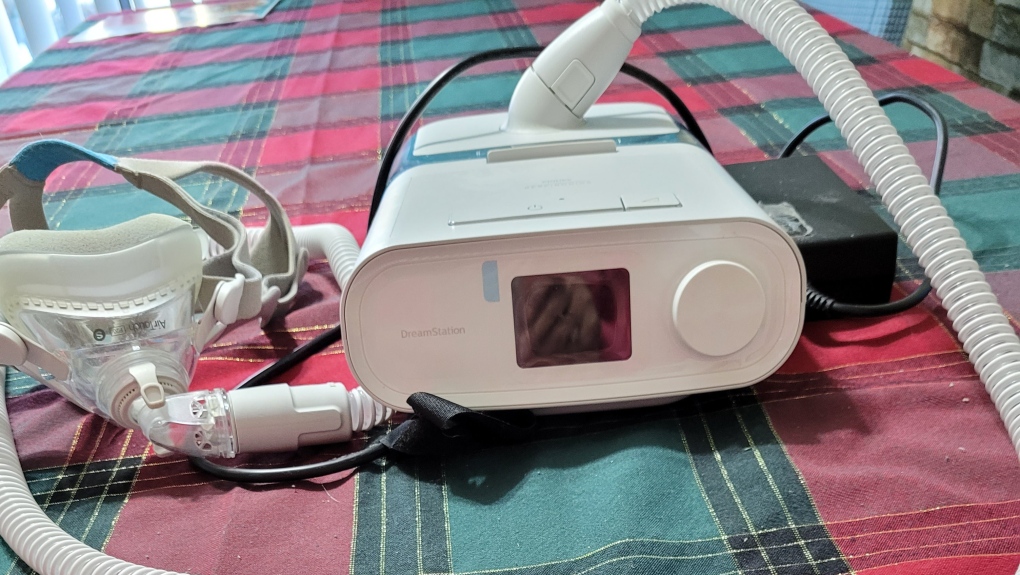 Michael Sharp is owner and CEO of FMP Solutions, a company that provides devices to help patients with sleep apnea. Sharp said even with the recall there is a shortage of CPAP machines due in part to computer chip and supply chain issues.

“All of these CPAP units have chips in them, there is a global chip shortage, there are shipping issues, so there are currently a number of issues that are compounding the problem for people who need a CPAP machine,” said Sharp.

Sharp said another issue facing CPAP users in Ontario is the Ontario government’s decision to cut funding for sleep apnea devices that are provided through the government’s Assistive Devices Program operated by the Ministry of Health.

Sharp said it means people who now need a machine to help them deal with sleep apnea have to pay more for the treatment.

“There is a higher out of pocket cost for Ontarians to get a CPAP device so unfortunately there are going to be people who are unable to afford it,” said Sharp.

With the recall, supply shortages, and funding cuts it’s difficult for some users to get a CPAP machine. Mignardi said she won’t get a good night’s sleep until her issue is resolved.

“I would either like a new CPAP machine or I would like to have mine repaired, so I can go to sleep in peace and I don’t think that’s too much to ask,” said Mignardi.

If you have a recalled CPAP machine and you’ve stopped using it, you may want to speak with your doctor because, depending on your health, they may advise you to keep using the machine or tell you to wait for the repair or replacement.