Guelph police say a snowplow clipped a hydro pole that then fell on a transit bus early Tuesday.

Emergency crews were called to the area of ​​Gordon Street and College Avenue just after midnight for the collision.

Police said the snowplow’s blade sheared the pole at its base and caused it to fall onto a Guelph Transit bus, which had been driving behind the plow.

There were three passengers on the bus but no injuries were reported in the crash. 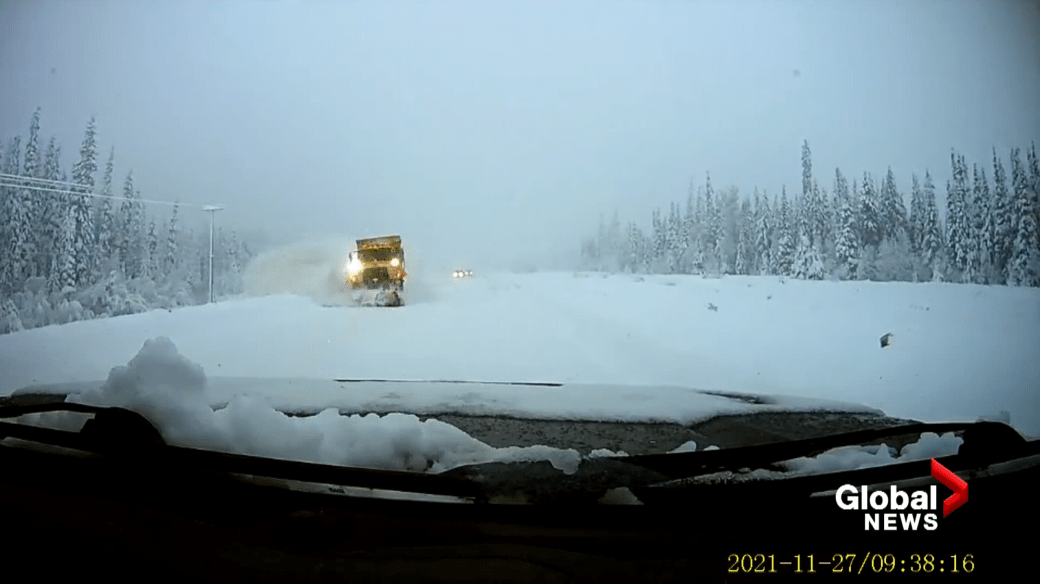 0:24Dashcam captures terrifying near miss between truck and snowplow on BC Highway

Dashcam captures terrifying near miss between truck and snowplow on BC Highway – Nov 29, 2020