The Kitchener Waterloo Association of Realtors (KWAR) reports home sales in the area were down in April, with 633 properties sold through their Multiple Listing Service (MLS) System.

“Last month introduced a small measure of relief to the market,” Megan Bell, president of KWAR said in a media release.

While this is now the second month home prices in the region have decreased, KWAR warned it’s too soon to establish a trend. 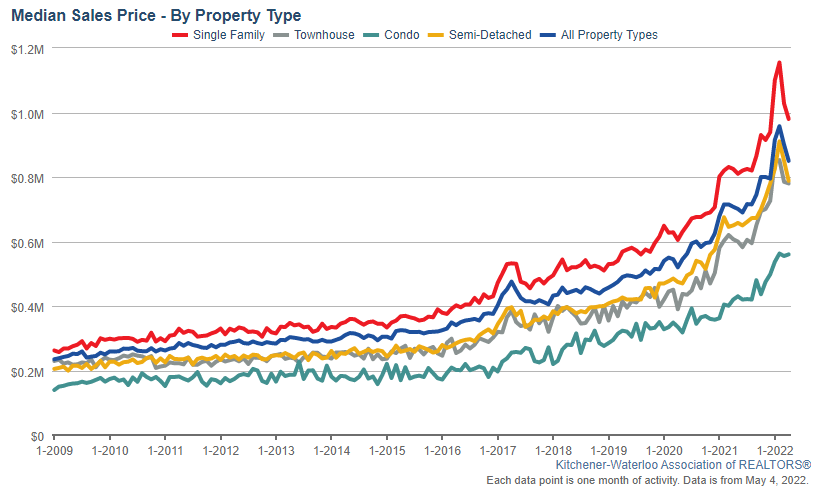 “The trajectory the market was on was simply not sustainable, however, I want to emphasize it would be premature to draw any conclusions on just a single month’s activity,” Bell said.

“The housing market in Waterloo region is still very much a sellers’ market, but sellers may need to adjust their expectations.”

Bell said the association noticed the price shift after the Bank of Canada’s recent rate increase, indicating “it has been cheap money empowering too many buyers to chase after too few listings driving the market rather than anything else.” 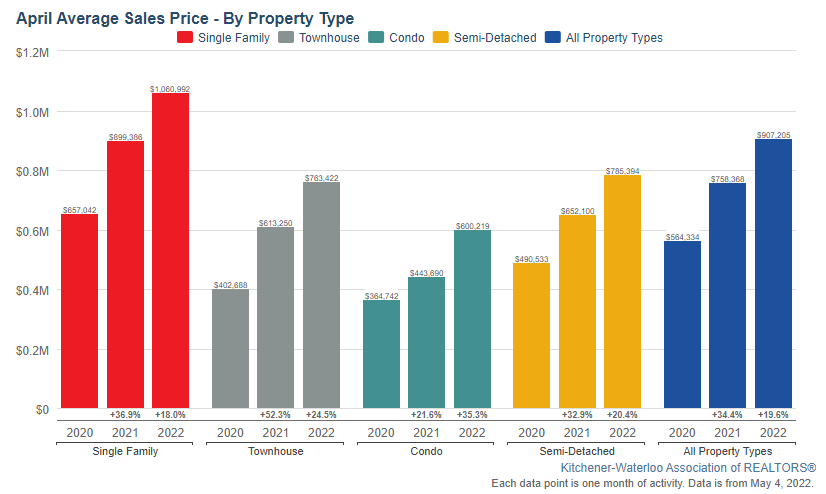 There were 1,277 new listings added to the MLS System in KW and area last month, an increase of 16.2 per cent compared to April of last year, and a 40 per cent increase compared to the previous ten-year average for April.

The total number of homes available for sale in active status at the end of April was 703, an increase of 48.6 per cent compared to April of last year, and 40 per cent below the previous ten-year average of 1,169 listings for April.

This is the first time since September 2019 that the total number of homes for sale metric has been over 700.