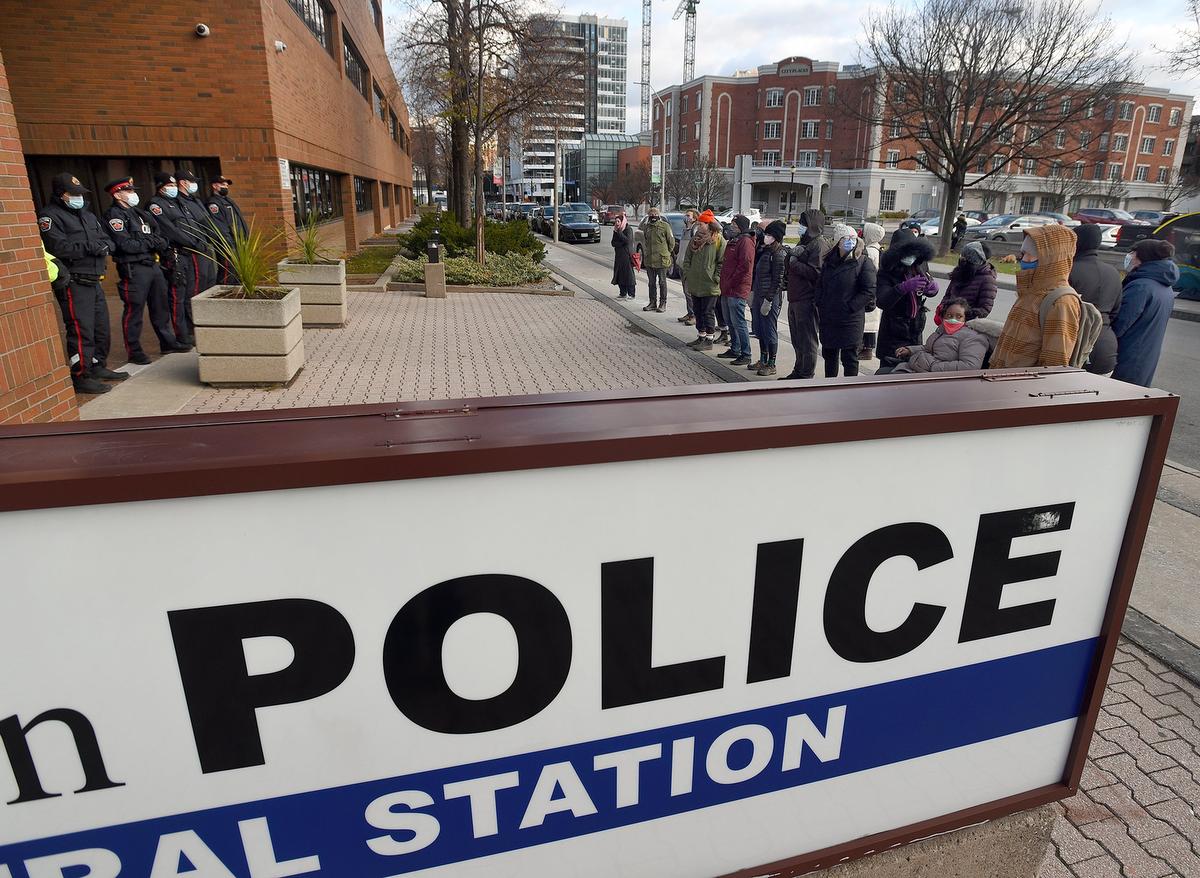 Ontario Special Investigations Unit (SIU) has confirmed that it is investigating a “serious injury” allegedly sustained by a 24-year-old Hamilton protester. during an arrest Friday.

The SIU says it is not examining the alleged injuries sustained by protesters during arrests in JC Beemer Park last Wednesday.

In a statement Tuesday, the SIU said the woman allegedly sustained the serious injury “during the course of her arrest” at a demonstration outside the Hamilton Police Service Central Station on Friday.

The charges against the 24- and 20-year-old were related to a protest by affordable housing advocates at a JC Beemer Park tent. camp Wednesday. A total of five people have been arrested in connection with that protest.

Police have said protesters obstructed officers when they breached a perimeter blocking the camp, which was largely destroyed by an explosive fire that morning. The city was also evicting homeless residents from the area. The protesters have said they were trying to support those evicted.

Protesters have criticized the police for the use of force at JC Beemer.

At a news conference on Monday, one person said police hit them in the face, another said they suffered a concussion, and another said they had a sprained wrist. A photo by Spectator photographer Cathie Coward showing a protester below the knee of a police officer Wednesday went viral online weekend. The police called it a “shoulder pin,” but the woman in the photograph, Rowa Mohamed, said the officer’s knee was on his neck and couldn’t breathe.

Hamilton police said they reported injury allegations to the SIU. Now that the SIU is investigating, police say they can no longer discuss the matter.

The SIU is an independent agency that investigates reports of police-related incidents involving death, serious injury, or allegations of sexual assault.

The demonstration on Friday in front of the police station was held to demand the release of one of the people arrested that same day. When she was released, the protesters stayed. Video from the scene shows police officers shooting down three people.

“During the demonstration, there were interactions between protesters and officers,” the SIU statement reads.

Katrina Clarke is a reporter for The Spectator who lives in Hamilton. Contact her by email: [email protected]