The Ontario police watchdog says no charges are warranted against Toronto officers involved in an incident last year in which a 41-year-old man was killed.

The Special Investigations Unit (SIU) said in a news release Friday that on the night of Oct. 9, officers responded to a call from the man, who appeared to be mentally distressed, at a residence in Castledene Crescent.

That’s in the area of ​​Pharmacy Avenue and Huntingwood Drive in Scarborough.

Officers determined the man was in a basement room and attempted to speak to him multiple times, the SIU said.

Officers feared the man was possibly armed and a danger to himself and possibly others, according to the release.

The SIU said an officer broke the bedroom window to see inside, at which point the man stabbed himself in the neck.

The man was taken to hospital where he was pronounced dead.

The report from SIU Director Joseph Martino said the offense under consideration was criminal negligence causing the death.

“Director Martino concluded that the officers involved conducted themselves with due care and consideration for the man’s well-being,” the SIU statement said.

“Consequently, there was no basis to proceed with criminal charges in this case and the file was closed.”

The SIU is an independent agency that investigates officer conduct in incidents that have resulted in death, serious injury, or suspected sexual assault. 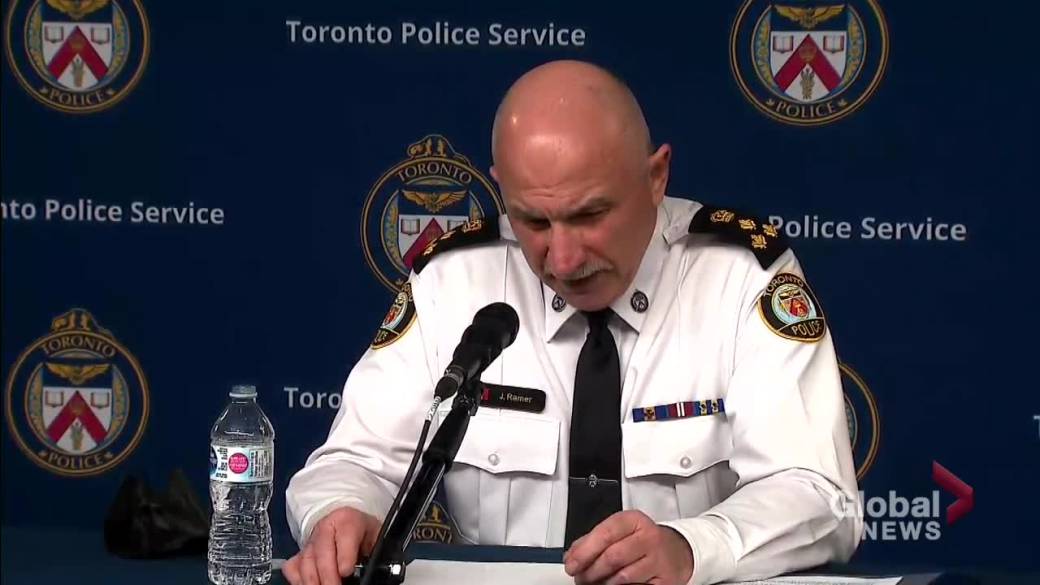 0:23Police shut down downtown Toronto roads ahead of trucker protests

Police shut down downtown Toronto roads ahead of trucker protests