“Who dared to arrest the queen?” Two days after being arrested for drug trafficking, the last photograph that Emma Coronel, Chapo’s wife, published on Instagram is remembered, where the woman appeared in a wedding dress and her followers regret her imprisonment.

It was on Monday afternoon that it was revealed that the Mexican model, Emma Coronel, was arrested at Dulles International Airport for drug trafficking.

After this, the last photograph that Emma Coronel would publish on her Instagram was recalled, where the 31-year-old woman would surprise her more than 500 thousand followers by seeing her in a wedding dress.

On his Instagram, with the username @therealemmacoronelWe can see very few photos of Chapo’s wife, with a total of only five publications, where we noticed the 31-year-old woman in different photographic sessions.

However, the one that attracted the most attention was her last photograph posted on this social network, where Emma Coronel appeared in a wedding dress, and her followers regretted her arrest a few days ago.

In the snapshot, shared in December 2020, we can see Chapo’s wife with a beautiful lace wedding dress on the top and bottom of the skirt, while her back was exposed.

In the image, Emma turned to the right with her eyes closed, while her hair, blonde at the time, took center stage.

Despite the fact that the publication has limited comments, that did not stop his thousands of followers from starting to write to him, and although there were mentions where they highlighted how beautiful she looked, there were other followers who brought up her arrest led to carried out in the United States, showing “sad” by what happened.

You can see the last photograph that Emma Coronel, Chapo’s wife published on Instagram dressed as a bride here.

Various comments began to arrive at the last photograph of Emma Coronel, El Chapo’s wife, dressed as a bride, where Instagram users began to denote her current imprisonment for drug trafficking, showing “sad” for what happened.

A follower, in capital letters, wrote the following in the last Instagram photo of Emma Coronel: “Beautiful the queen, set her free and stop judging and criticizing because we all have a tail to be stepped on.” 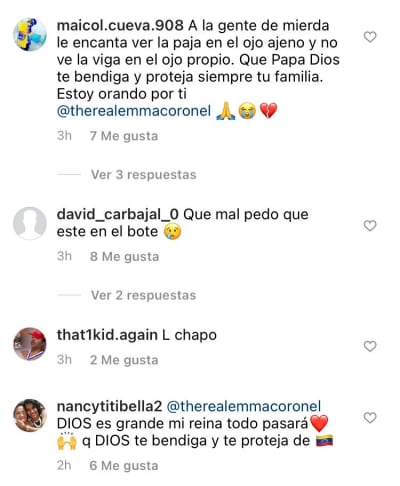 Another user asked God to protect her at this time: “Mird #% people love to see the straw in someone else’s eye and they don’t see the beam in their own eye. May God bless you and always protect your family, I am praying for you ”. 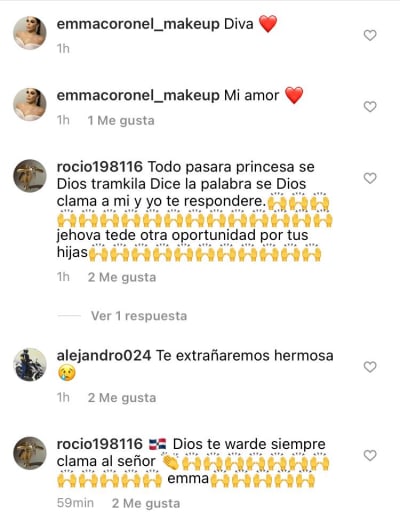 “I love you Colonel”, “And now he’s in the boat, oh my God”, “How bad he’s in jail”, “It’s sad that at 31 he’s already in the boat”, “We will miss you beautiful “,” I send a lot of strength to her twins, they are already without their mother and without their father.

They were one of the many comments that could be read in the last photograph of Emma Coronel, El Chapo’s wife, dressed as a bride on Instagram, where users lamented her imprisonment.

Trending on Canadian News  The victory seen from Russia, by Jesús A. Núñez Villaverde

After Emma Coronel shocked her wedding dress in her last Instagram photograph, Chapo’s wife was arrested for drug trafficking, where a judge determined that she will remain temporarily locked up.

Emma colonel Aispuro, appeared by video conference for an initial hearing before a federal judge in Washington, DC

The judge’s order came after Emma Coronel’s attorney, Jeffrey Licthman, said he would consent to her detention after his arrest at Dulles International Airport in Virginia. 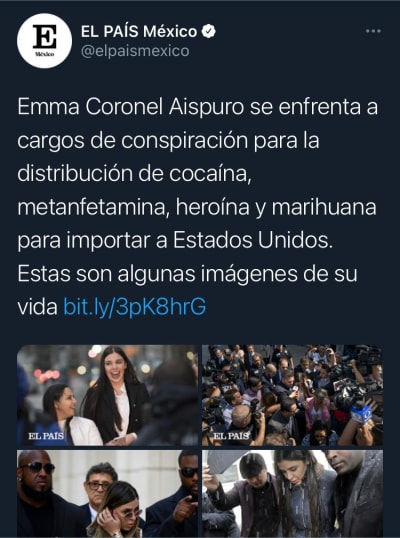 United States Magistrate Judge Robin Meriweather explained the charges to Coronel, who spoke to the judge through a Spanish interpreter.

He said prosecutors had provided sufficient reasons to keep Coronel behind bars for now and noted that his lawyer had consented to the temporary detention.