Two drivers have been transported to hospital following a head on collision south of London, Ont. Wednesday afternoon.

Shortly after 3 pm, two vehicles collided on Littlewood Drive, with a black SUV rolling over as it entered a ditch. Both vehicles sustained serious front end damage.

There was a large coordinated emergency response from first responders across the region, including OPP, London Fire Department, Middlesex-London EMS, Oneida Nation Paramedic Services, Elgin-St.Thomas Paramedics and Chippewas of the Thames Police Service.

Both drivers were transported to hospital with serious but non-life threatening injuries. 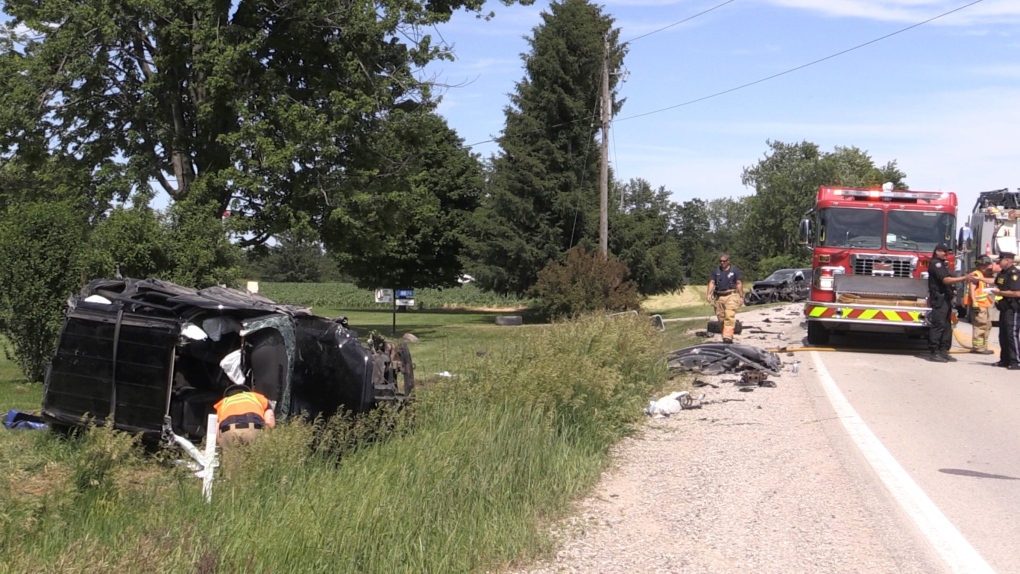 Littlewood Drive was closed between Cooke Road and Westdel Bourne while police investigated, but as of 4:50 pm has since been reopened.

The cause of the crash is currently unknown.

“To the witnesses, the Good Samaritans, and bystanders who stopped, thank you,” Sanchuk said.