To Dalmeny, Sask. man is celebrating a $1 million win, something he already has experience with.

D’Arcy Glover woke up his wife in the middle of the night after realizing he picked up $1 million in the May 27 Western Max draw.

Glover told his wife “I think I just won another million,” according to a Western Canada Lottery Corporation news release.

He had woken up at 3 am and decided to check his ticket. 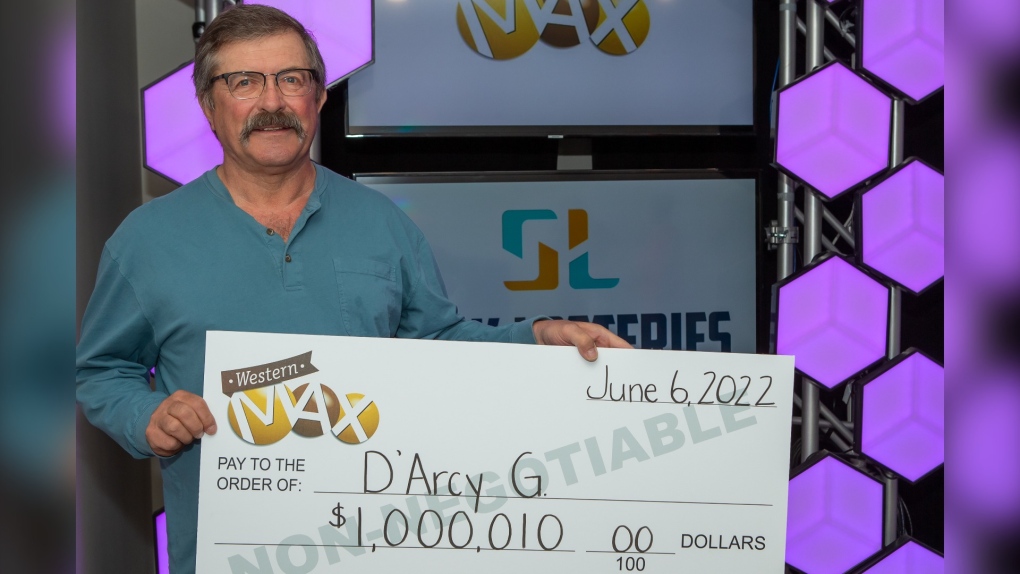 Glover won his first $1 million courtesy of a Maxmillions prize in a July 2018 Lotto Max draw.

“This time around, it’s probably more of a good feeling because as much as it’s a cliche — ‘what are the odds,'” Glover said in the news release.

Glover purchased his ticket at the Co-op convenience store in Dalmeny.

Glover’s luck extended to the Extra draw, though not quite with the same staggering outcome.

Glover said he doesn’t “think much will change” following his latest win.

Published On June 6, 2022
By thecanadian
Categories