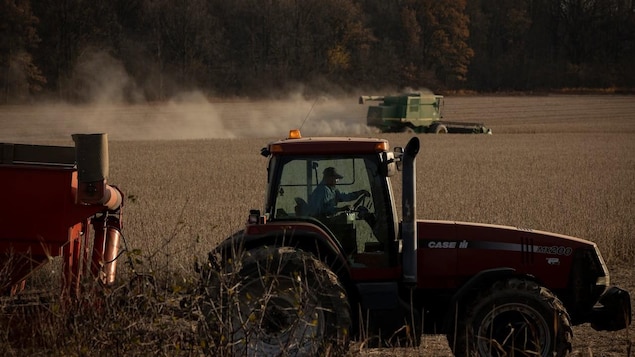 The research was conducted last March with hundreds of immigrants, Indigenous and racialized people in nine regions of southwestern Ontario, including London, Hamilton, St. Thomas, Guelph, Sarnia and Niagara, and their outlying rural communities.

Victoria Esses, professor of psychology and director of the Network for Economic and Social Trends [Réseau des tendances économiques et sociales, traduction libre] from Western University, based in London, Ont., said the study results suggest that incidents of discrimination are higher in small communities than in medium-sized cities, due to the monolithic nature of the rural life.

People from these communities have less experience with immigrants and diversity and may feel uncomfortable around people from different cultures.

The results highlight the dilemma facing many rural Ontario communities: find a way to make their communities more welcoming to immigrants and Indigenous people, or face continued economic and demographic decline.

The study found that 80% of Aboriginal people in more than half of the regions surveyed said they had experienced discrimination in the past three years. For their part, 60% of immigrants or racialized people reported such incidents.

According to Esses, Indigenous people face higher rates of discrimination because those living in rural communities have entrenched negative stereotypes and lack direct contact with Indigenous people and their culture.

People depend on stereotypes and these negative images to determine their attitudes and behaviorsshe said, noting that in small towns, experiences of discrimination based on ethnicity, skin color and cultural identity were much more common than in medium-sized cities, such as London, Hamilton or Niagara.

Anecdotes of reported acts of discrimination range from cultural ignorance to employment discrimination, exclusion and even violence, including verbal and physical assault.

Ms Esses said part of the reason the researchers wanted to look at small communities is that many of them are racially and culturally monolithic, which can be a major barrier to welcoming the newcomers needed to reverse their economic and demographic prospects.

Small communities suffered from declining populations and low birth rates. We know that young people are drifting away. They sometimes struggle to attract and retain new residents. Yet they really need new residents and newcomers.

According to Esses, Aboriginal people, in particular, reported feeling increased psychological distress, including high levels of anxiety and depression, in response to discrimination.

Immigrants and people of color report a feeling of not being accepted by the community.

According to Esses, the survey highlights the chilling effect that acts of discrimination can have on the engagement of people from diverse backgrounds in a small town.

You disengage from the community, you do not involve yourself in this community and […] you don’t have a very good opinion of this community.

According to Ms Esses, while most discrimination was reported at work by respondents, many also experienced it in public places, such as banks, restaurants, public transport, libraries and community centers.

We need diversity trainingshe said. One of the problems with small communities is that they don’t have much exposure to diverse communities.

According to her, studies have shown that working together towards a common goal with people from different backgrounds can help overcome stereotypes and should be taught in schools, along with proper anti-discrimination training on how to Respond safely to racism.

There are many people who are willing but do not know how to intervene when they witness discrimination. So they do nothing or turn away out of embarrassment.

Providing people with training and tools to intervene effectively and safely, I would say would go a long way in reducing discrimination.

Published On June 28, 2022
By thecanadian
Categories