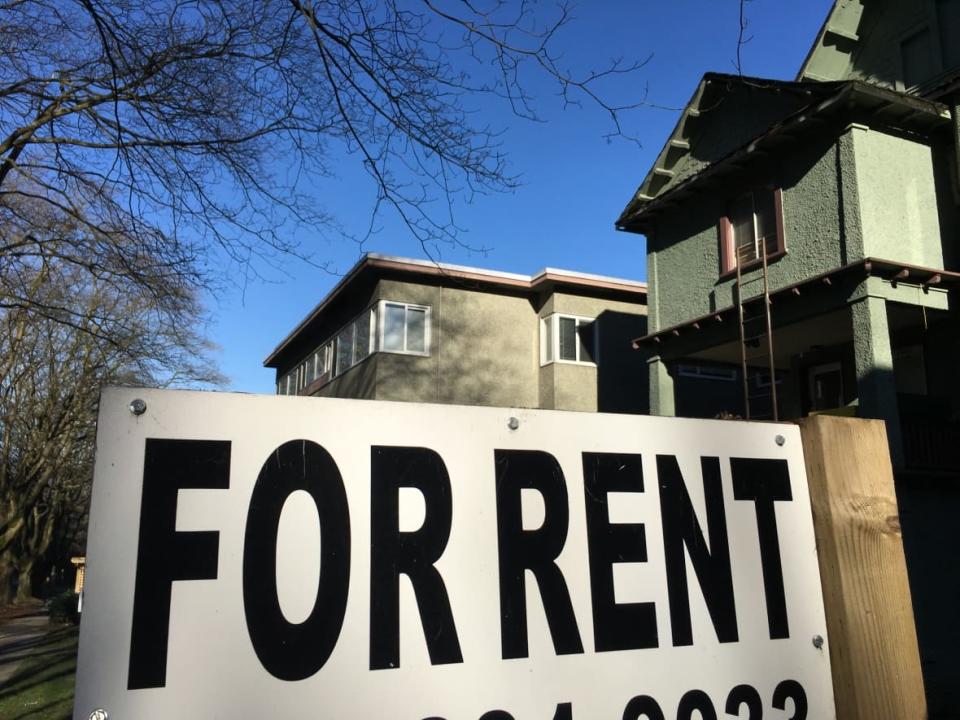 A self-described “renter for life” says she is cautiously optimistic that changes to B.C. housing rules will make life easier for those unable to buy their own home, although she still has concerns about how those rules would work.

Serena Eagland, a nurse, says with the high cost of living in Metro Vancouver, she and her partner do not see a future where they could afford to buy their own home.

“The reality of wages in the public sector is not going to allow us to ever buy in Vancouver,” said Eagland, whose partner works in education.

“We’re going to be renting for the rest of our lives.”

Eagland took part in a panel along with other renters on CBC’s The Early Edition, where they discussed Premier David Eby’s new housing plan announced Monday.

LISTEN | Renters in B.C. share their thoughts on changes to housing rules

Among proposed changes is the elimination of age restrictions in some rental units, which prevents people with children or who want to start a family from living there.

The provincial government also wants to eliminate rules put in place in some buildings, townhouse complexes and duplexes that prevent unit owners from renting out to other people.

“Rules that prevent families with children from living in a home or prevent people from renting the unit they own are no longer acceptable in our current housing market,” Housing Minister Murray Rankn said in a release.

Bylaws restricting short-term rentals such as Airbnbs will continue to be allowed, as will the ability for certain retirement communities to be age-restricted to those 55 years of age and older.

Reverend Carmen Lansdowne says she has experienced first-hand the impact of the restrictions Eby is trying to eliminate after her family of four was evicted this summer.

“As a family who rents, trying to find a three-bedroom … was brutal,” Lansdowne told CBC’s The Early Edition Wednesday. Her family currently lives in a 900-square-foot unit, smaller than the top level of a house they rented previously.

While she is optimistic about the changes, she worries the plan is still reliant on people who own multiple properties that choose to rent out rooms or units, rather than focusing on building more dedicated rental units.

Eagland agreed, saying she expects to be outbid on rentals by speculators snatching up units to capitalize on the new rules.

“We’re going to end up having more competition,” she said.

David Waldie, who owns a townhouse in Victoria, says people often consider rules restricting the number of rentals allowed in a particular complex in deciding where to live.

Now, the province is taking that away.

“You have to think about the characteristics of buildings,” he said.

But Martin Merkli, who has rented a unit in the same building in Burnaby for 12 years, says people need to have a more favourable view of renters, pointing out his fellow panellists were people with well-paying jobs who cannot afford a home.

“Renters are not the great unwashed,” he said.