The Regina Police Service (RPS) states that a 46-year-old Regina man has been charged following an investigation into an aggravated assault incident.

The incident occurred on Jan. 31, 2022 at approximately 1:21 pm RPS stated that police were dispatched to a business in the 2200 block of 14th Avenue, for a report of a man who had come into the business with what appeared to be a stab wound.

“The victim was taken to hospital by EMS for treatment of his injuries. Through investigation, police found the location where this had occurred as well as information to identify the suspect. ”

The suspect was arrested without incident and subsequently charged.

Police say Joseph William Keewatin, of Regina, is charged with aggravated assault, section 268 (1) of the Criminal Code. Keewatin made his first court appearance on this charge in Provincial Court on Feb. 1, 2022. 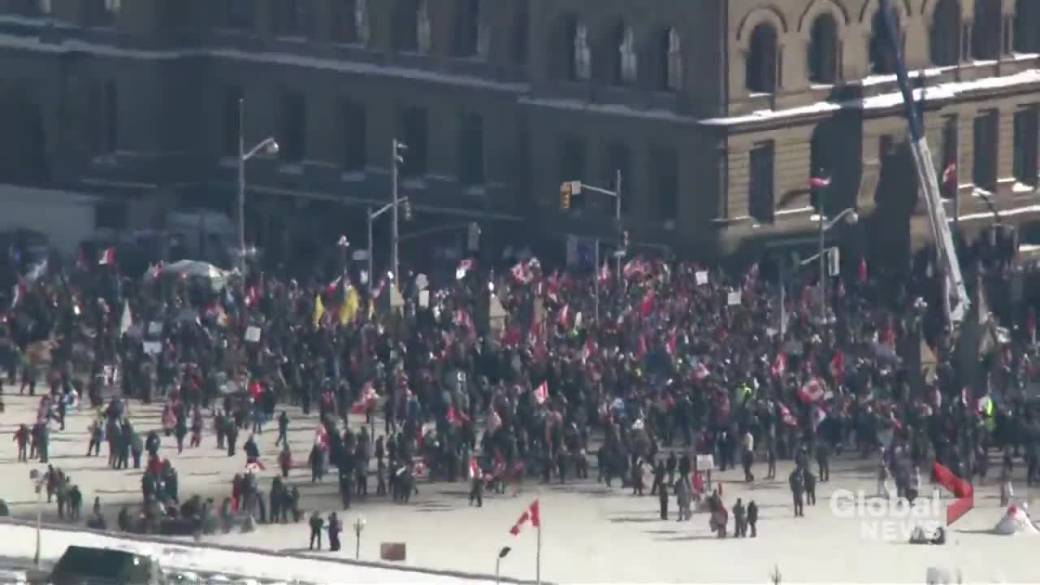 1:50Looking at the aftermath of the Regina ‘Solidarity Convoy’

Looking at the aftermath of the Regina ‘Solidarity Convoy’