The Flames clinching a spot in the Stanley Cup playoffs last weekend isn’t the only thing Calgarians are excited about, but so is the potential revival of the Red Mile on 17th Avenue.

It’s been two long years since the Flames hit the ice of a playoff game, and even when they did in 2020, the Red Mile antics were nothing more than a distant memory due to shutdowns and public health restrictions. But this weekend’s win means Calgarians can look forward to seeing their team play for the prize, as they celebrate alongside other fans in a sea of ​​red once again.

Flames secure a playoff spot with help from Oilers, then thrash Coyotes 9-1

The name “Red Mile” was first given to the stretch of business along 17th Ave. SW in 2004 during the Flames’ long Stanley Cup playoff run that resulted in them losing the final to the Tampa Bay Lightening.

The mass of fans, dressed in red to show their support, gained worldwide attention as thousands flocked to the popular downtown venue filled with restaurants and bars to celebrate with fellow hockey lovers.

This year, the street is expected to be lively again, especially now that restrictions and capacity limits have been lifted across the province. That is a welcome notion for businessmen and the city’s tourism sector in general.

“We know that the Flames going to the playoffs will mean full restaurants and full hotels, which is great news for the hospitality and tourism sector,” Tourism Calgary Senior Vice President of Sales Carson Ackroyd said in a statement. to Global News on Monday.

“Tourism Calgary works to bring major events to the city on a regular basis that pump millions into the local community. Likewise, each Flames game is the equivalent of a major event; the games will be very exciting and tickets will be in high demand, attracting many out-of-town visitors and drawing attention to Calgary as the ultimate destination,” he said. 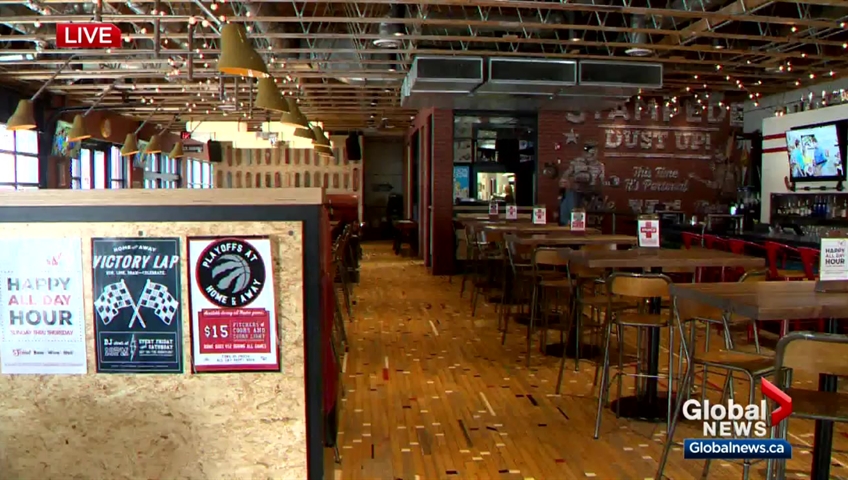 With construction continuing in the area and ongoing closures due to the pandemic, Steve Marakis, owner of Jamesons Pub on 17th Ave., said the news that the Flames made the playoffs is exactly what his business and many others need. right now.

“There are also a lot of businesses on the avenue that have gone through that construction, suffered through all of that, and the business has been affected over the years,” he said.

“So this is going to be a good revival in a way.”

Ernie Tsu, president of the Alberta Hospitality Association, added that this playoff race will give area businesses a minimum 20 percent boost, which in turn means more work and jobs in the city.

“If the Flames make it past the first round, this helps all restaurants, not just 17the but in the Beltline area, secure more hours for all of our staff on every game day,” Tsu said.

“This gives us the ability to hire new staff and again secure our full-time hours for all of our employees.

“It’s great for all the local pubs in the suburbs and the city, quite frankly, to have more of the positive energy that the Flames are bringing back to our city.”

With the Calgary Flames out of the playoffs, Red Mile construction is ready to begin

The Flames’ advance to the playoffs was cemented on Saturday when the Edmonton Oilers beat the Vegas Knights 4-0, before the Flames defeated the Arizona Coyotes 9-1.

Saturday’s results put the Flames, 46-20-9, atop the Pacific Division.

Calgary has seven games left in its regular season, including two at home.

The playoffs are scheduled to begin on May 2.