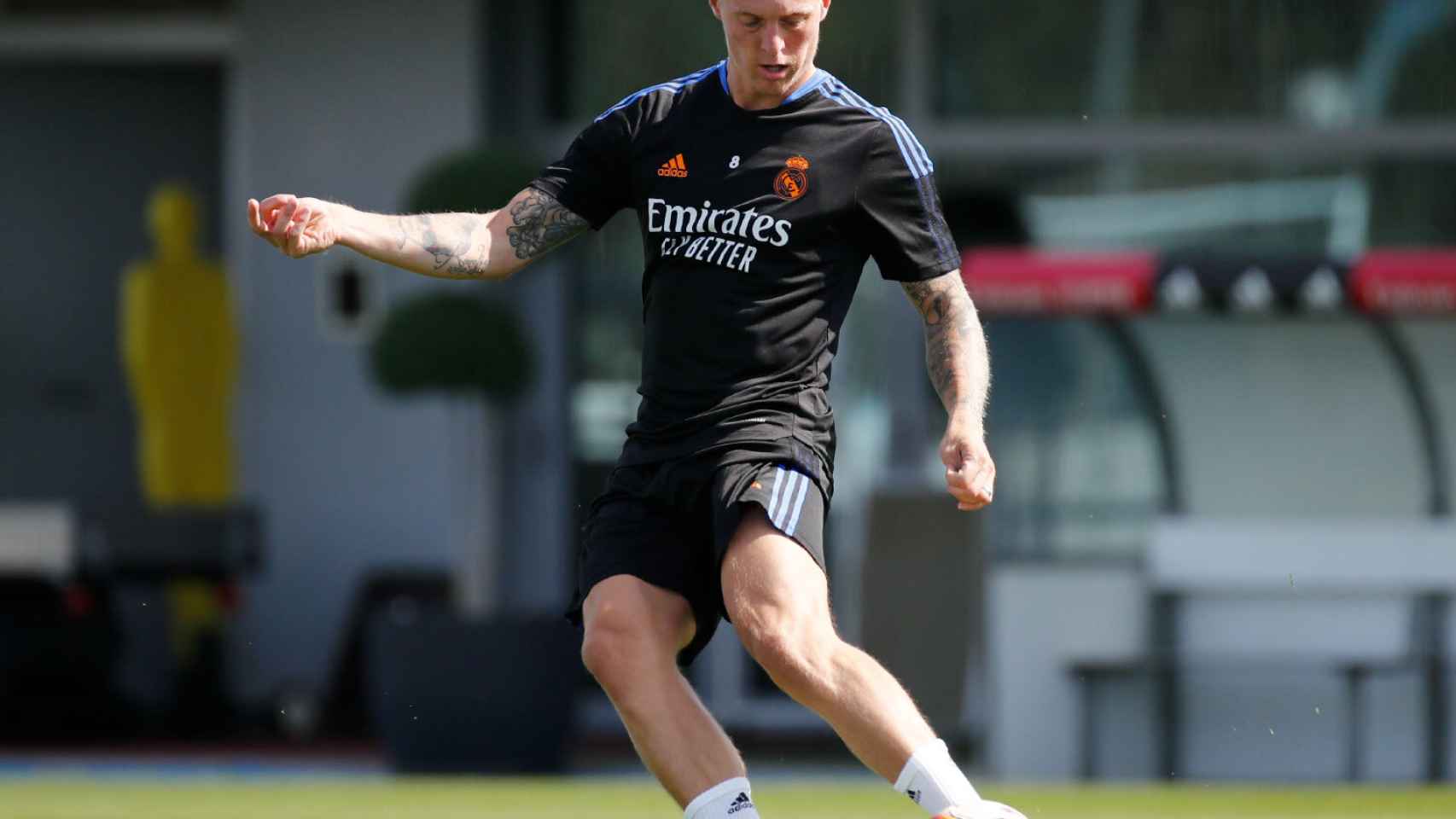 The Real Madrid will not be able to count on Toni Kroos in the next La Liga game. The merengue team has confirmed the squad list and the German midfielder is not among the available names. Kroos had tried to hurry in the last training sessions, but his return to the Madrid discipline will have to wait a few more days. Ancelotti, therefore, will have a free hand to continue giving minutes to a signing as camavinga.

The merengue team has summoned a total of 22 players for the duel against him Villarreal. The white team will receive the Yellow Submarine at the Santiago Bernabéu this Saturday at 9:00 p.m. A difficult match due to the trajectory of both teams, but one that catches Ancelotti’s men in a great state of form after their defeat of Mallorca. Villarreal de Emery, who has not finished starting in this League, will try to perform the feat in the capital stadium.

Ancelotti’s list leads her Thibaut Courtois in goal. The Belgian repeats one more time and will be accompanied by Lunin and Fuidias as second and third goalkeepers. On the defensive line, unlike in a goal where they tend to repeat the same names, the bad news is confirmed.

Dani Carvajal will not be against Villarreal as was already known after that injury against Valencia that prevented him from finishing the match at Mestalla. Yes there will be Militao, Alaba, Vallejo and Nacho, in addition to a Miguel Gutierrez which has been confirmed as a regular resource for the Italian coach for the first team. Mendy and Marcelo, meanwhile, continue not to be part of the team.

The center of the field also has that setback from the defensive line. And his name is none other than Toni Kroos. The German has not been able to debut this season and after the last training sessions there was hope that he could return for this day of The League. But the best omens have not been fulfilled and it will remain off the list of available for another weekend. Casemiro, Modric, Valverde, Lucas, Isco and Camavinga will be the ones who complete said area. The youth squad Antonio Blanco, who had minutes against Valencia, will also repeat in Carlo Ancelotti’s call.

The attack point does not have big surprises either. It is one of the positions where there is better performance. Vinicius and Benzema, the fashionable couple, is present. Also Rodrygo and Eden Hazard, who are participating with Ancelotti. Marco Asensio has also earned his place after the exhibition against Mallorca and Jovic will have the option to repeat his appearance. Mariano Díaz is the only name that breaks the monotony, although it seems difficult that he will have minutes under Ancelotti’s orders after his refusal to leave the team in the last transfer market.