PHILADELPHIA—It was a Friday afternoon at the Overtown Optimist Club in downtown Miami, the site of a Raptors off-day practice, when a top team official was sitting in the sideline bleachers watching the workout wind down.

Precious Achiuwa was getting in some late work with the team’s development staff and it elicited this comment about the raw second-year forward:

“I don’t know if he’ll ever get it but if he does …” the staffer said with a shake of his head that would indicate the answer was likely ”no.”

Well, he gets it.

Of all the things that have emerged in the playoffs for the Raptors — Scottie Barnes being all over the court despite nursing an ankle injury, Pascal Siakam being subtly dominant and often the best player on the court, Toronto chasing NBA history — nothing might be more welcome than the emergence of Achiuwa as a true force.

He’s battled Philadelphia’s Joel Embiid to a standoff in most games, he’s made shots and attacked the rim. He still has the odd defensive mental blip — everyone does — but he’s been steadier, more impactful, more important than anyone would have thought.

“I understand my assignment, so I just go out there and try to do it to the best of my ability,” Achiuwa said after Toronto’s 103-88 win here Monday forced a Game 6 in the series Thursday at the Scotiabank Arena. “Try to switch ball screens, stay on (Embiid) to disrupt the flow of his offense from him.

“Offensively, try to make him work, run. Space out the floor, hit wide-open jumpers, take him off the dribble, whatever I get on that side.”

It’s not to say Achiuwa is the only reason the Raptors are right back in the series and trying to become either the fourth team ever to force a Game 7 after being down 3-0 or the first to ever complete a miraculous resurrection. 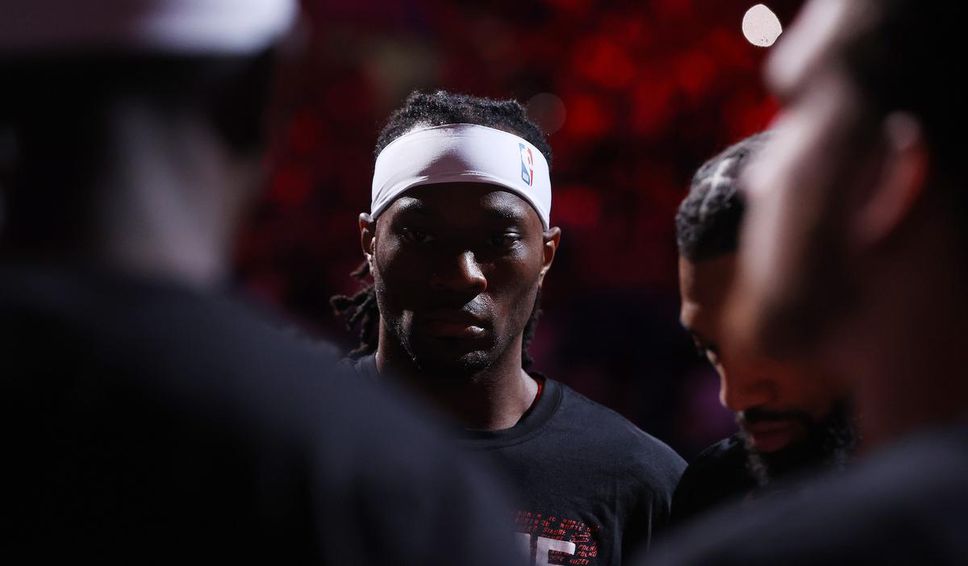 The Raptors’ level of play has risen in the last three game and Philadelphia’s has dropped off precipitously. The reasons are varied—health, effort, Toronto’s defense—but Achiuwa has been a constant.

Whether it was just getting used to playoff pressure — he barely played in three post-season games with Miami last year — or something else that clicked, the 22-year-old has gotten exponentially better as the series has gone on.

“He feels like a more confident, different player to me,” coach Nick Nurse said here this week. “We used to say that a little bit about Serge (Ibaka) back in the old days. All of a sudden Serge becomes a factor later on in the series when he kind of get used to what is going on out there and stuff.”

In the last three games of the series, once Achiuwa got used to the speed and intensity of the post-season, he’s averaged 14 points and 5.6 rebounds while shooting 18-for-28 (64 per cent) from the field overall.

“I’m just out there figuring out how they play, where my shots are going to come from,” he said Monday. “I feel like the last two games I’ve been able to do a good job of that, and I’m just taking advantage of it.”

His ability to attack the slower, bigger Embiid off the dribble has given the Raptors offense an extra boost in the last couple of games. Achiuwa dribbling too much is often a perilous situation for the Raptors but in his last two games he’s had only three turnovers, all in Game 4.

“We have long, athletic guys, skilled and we just try to take advantage of every mismatch that we had,” Achiuwa said. “Call out guys that we feel we should attack. And we just put them in a pick-and-roll situation and make them play. And we just take whatever we get off that.”

He’s not trying to do too much but he’s doing more than expected, all with the blessing and support of his teammates.

“We’ve got guys that are just willing to put the time in with him, watching film, talking to him about everything,” Siakam said. “We give everyone that confidence to be able to make plays.

“And I think that’s the identity of our team, the coaching staff and everyone, just making sure that we give everyone the confidence to make plays.”