What a day for Queen Elizabeth II of England, because while her husband, Prince Philip II, has an infection and is hospitalized, a relative was sentenced to 10 months in prison for sexual assault.

According to information from AP, Prince Philip is “comfortable” in a hospital in London where he is treated for an infection. Buckingham Palace said Queen Elizabeth II’s 99-year-old husband is “responding to treatment, but is not expected to be discharged for several days.”

Felipe entered the King Edward VII private hospital a week ago after feeling ill, according to royal officials as a preventive measure. His youngest son, Prince Edward, told Sky News that his father is “much better”: “He is eager to go out, which is the most positive, so we keep our fingers crossed.”

Felipe, who retired from public engagements in 2017, is rarely seen outside of his closest environment.

During the current coronavirus quarantine, the Duke of Edinburgh, as he is also known, was staying with Queen Elizabeth II at Windsor Castle, west of London.

Philip married Elizabeth in 1947 at Westminster Abbey in London five years before she ascended the throne, and he is the longest-lived royal consort in British history. He and the queen have four children, eight grandchildren, and nine great-grandchildren.

For his part, a relative of Queen Elizabeth II of England was sentenced Tuesday to 10 months in prison for a sexual assault on a woman at their family castle in Scotland.

Simon Bowes-Lyon, Earl of Strathmore, had admitted to assault in a bedroom at his Glamis Castle in February 2020. On the next page, more information.

Bowes-Lyon is very ashamed of his actions

34-year-old Simon Bowes-Lyon, Earl of Strathmore, and a relative of Queen Elizabeth II (third cousin), pleaded guilty last month, saying he was “very ashamed of my actions, which have caused so much regret to a guest in my house ”.

“I didn’t think I was capable of behaving like I did, but I have to accept it and take responsibility,” Simon said. 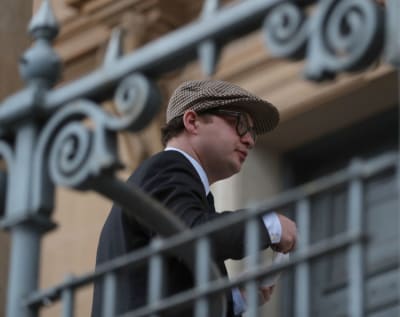 Glamis Castle, near Dundee in central Scotland, is the place where the late Queen’s mother, born Elizabeth Bowes-Lyon, lived as a child.

“He is fine, they are taking care of him”: Prince William

Prince William said Monday that his grandfather, Prince Philip, husband of Queen Elizabeth II, is “fine” while the 99-year-old royal consort remains in a London hospital under observation.

During a visit to a coronavirus vaccination center in eastern England, Guillermo was asked about Felipe. “Yes, he is fine, they are taking care of him,” said the prince, and winked. 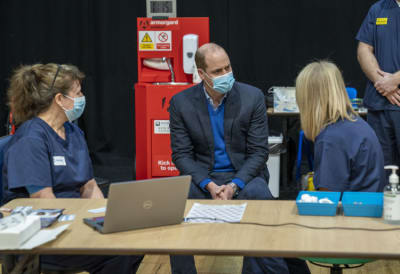 Felipe entered the King Edward VII Private Hospital in the English capital on Tuesday after feeling ill. Buckingham Palace said Queen Elizabeth II’s husband would remain in the hospital for a period of “observation and rest.”

Felipe’s condition is not believed to be related to COVID-19. Both the prince and Queen Elizabeth II, 94, received the first dose of the virus vaccine in early January (With information from AP).