As of Tuesday, the Kawartha Pine Ridge District School Board said the majority of its 89 schools had an average of about 24 percent absenteeism among students and staff.

The Peterborough Victoria Northumberland Clarington Catholic District School Board has an average of approximately 18.5 per cent student / staff absent from its 47 schools.

According to daily provincial data, as of Wednesday morning, 78 of the CPRDSB’s 89 public schools had submitted data, showing absenteeism rates ranging from five percent to 86.3 percent at Plainville Public School in Gores Landing.

For the Catholic School Board, 38 of its schools provided absence data, ranging from 12 percent to a high of 30.8 percent at St. Louis. Mary Catholic Primary School in Lindsay.

Officials at both school boards told Global News Peterborough on average during January the absenteeism rate is five per cent.

However, the provincial data do not specify the number of students or staff who are absent or who contribute to the absences – whether as a result of COVID-19, are identified as a close contact of a case, general illness or a decision to switch to online learning.

Ontario schools only need to report absences to public health once they rise above 30 percent, at which point discussions will follow between the region’s health unit and the school board to discuss possible closure or further safety protocols. So far this month, neither Peterborough Public Health nor the Haliburton, Kawartha Pine Ridge District Health Unit has ordered a school closed.

For parents like Laura Coles, whose son is in kindergarten, it creates a lot of uncertainty, especially with the disruption in COVID-19 case reporting at schools.

“We are currently in no man’s land,” she said. “It’s taking care of yourself.”

“He was actually a close contact before school went back, so we decided to keep him at home for a while,” Coles said. “He went back Friday for the first day and then Sunday we got the notice that there was a self-reported case in his class.”

Coles says she was happy to hear from her child’s principal when it comes to student contact tracking and reporting, but other parents were not so happy.

“The reporting that happened before things changed provincially was important,” he said. “It gave parents and it gave teachers the opportunity to make an educated judgment of risk. Without those numbers you can not do it – you fly blind. “

Trudeau and Coles noted that a number of parents rely on self-reporting COVID-19 case sites on social media, including by Twitter user @ COVID19Ptbowhich encourages the reporting of COVID-19 cases in Peterborough city and district schools and child care centers

“We use every tool we can to figure out what’s going on,” Coles said.

However, both parents say they want to see a return of COVID-19 cases publicly reported by health officials.

“The fact that we rely on a grassroots social media account to provide us with any kind of window to reality is worrying,” Trudeau said. 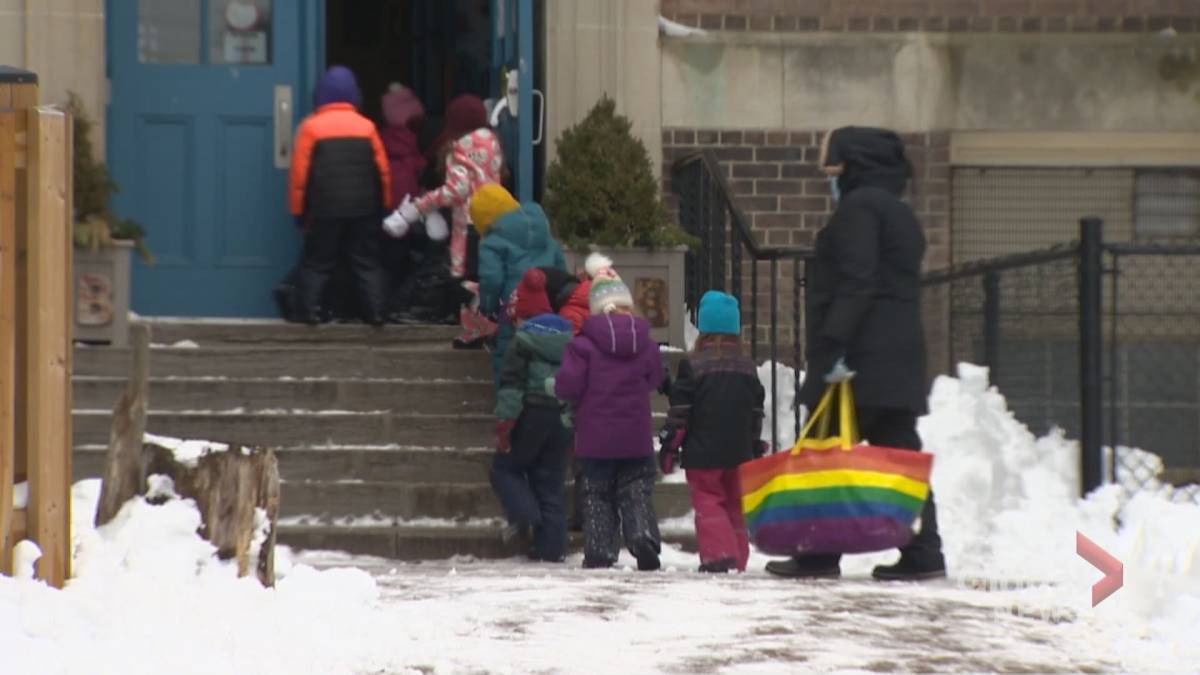