About 20 protesters gathered outside Surrey Provincial Court on Tuesday, the first scheduled court date for the city’s embattled mayor.

Doug McCallum, mayor of Surrey, BC, and a veteran municipal politician, was charged with one count of public mischief on Dec. 10, 2021.

The charge stemmed from an investigation into his claims that someone ran over his foot at a Save-On-Foods parking lot during an altercation with opponents of the city’s police transition last September.

McCallum’s lawyers appeared virtually in court on his behalf. He did not enter a plea and the case was delayed until Feb. 22.

The Surrey mayor, who has confirmed he will seek re-election, has declined all comment on the public mischief case while it is before the courts.

Protesters outside the courtroom waved signs urging the City of Surrey not to pay McCallum’s legal bills, which are covered by taxpayers under the terms of its indemnification bylaw.

They said McCallum’s bill should not be covered because the alleged incident took place while McCallum was shopping, not acting in his capacity as mayor.

Among the group were members of ‘Keep the RCMP in Surrey,’ a grassroots organization that has long opposed the city’s transition, now in progress, from the Mounties to a municipal police force.

Creating the new Surrey Police Service was a primary pillar of McCallum’s election campaign in 2018. 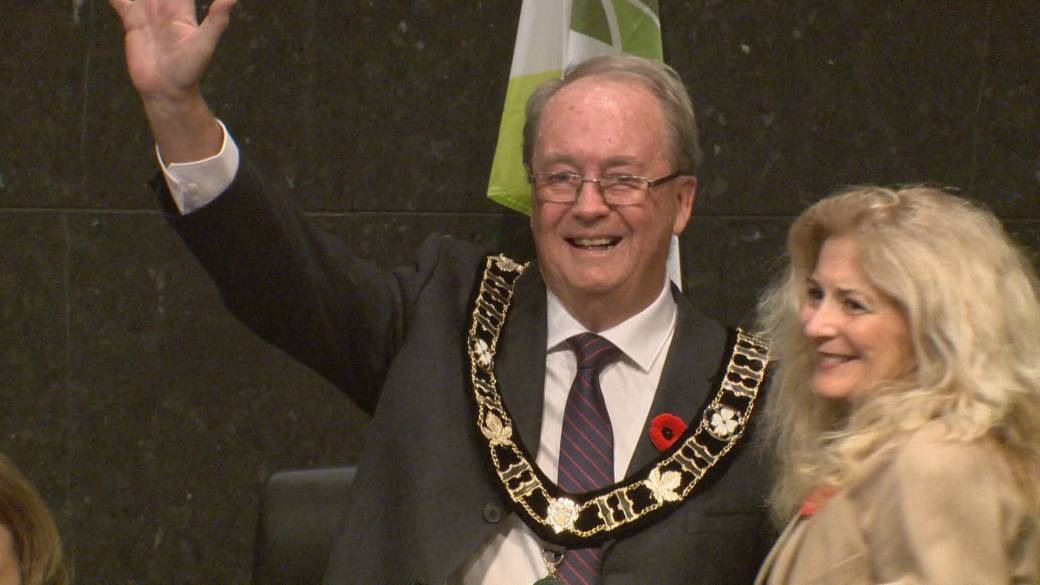 “We just want to be seen and visible here in front of the courthouse as Mr. McCallum meets his date in court, ”said Paul Daynes of Keep the RCMP in Surrey.

“Also, we want the Surrey Police Service, who are headquartered just to our rear, to see that we’re here, and we’re going to continue to fight to see that the police transition is halted.”

In addition to calling on the mayor to pay for his own legal bills, the organization has also called on McCallum to step down as board chair for the Surrey Police Service while the case is underway.

McCallum has retained one of the priciest defense lawyers in Vancouver – Richard Peck, who also defended Huawei’s Meng Wanzhou from a United States extradition request.

According to the Criminal Code of Canada, public mischief includes “making a false statement that accuses some other person of having committed an offense.”

The mayor claimed that on Sept. 4, 2021, a woman ran over his foot with her car in the grocery store parking lot.

He told reporters at the time she was canvassing for signatures to oppose the city’s police transition, and that she “clipped my knee and my bottom leg and ran over my foot at the same time and then took off.”

McCallum said he finished his shopping, then went to be X-rayed at Peace Arch Hospital where he was told the soft tissue in his foot was “very badly bruised” from the vehicle strike.