Protestors for and against COVID-19 health measures filled Albert Street, adjacent to the Saskatchewan Legislative Building, on Saturday.

A trucker convoy arrived outside the legislature later in the afternoon with plans to stay until all provincial mandates are lifted, according to a social media post.

Regina police said the public should expect to see police present and monitor the area to ensure the safety of all road users.

The convoy of vehicles stretched northbound on Albert Street between 25th Avenue and College Avenue and police say it has congested traffic flow.

Drivers are asked to avoid the area and use alternate routes or expect delays.

Residents should also expect higher density traffic as the gathering disperses in the afternoon.

The Saskatchewan Legislature building was temporarily closed on Friday afternoon due to the security risk. No date for re-opening has been provided.

Group of cars now parked on Albert with hazard lights on. Doesn’t look like they have plans on moving. pic.twitter.com/ZsQ7U2iaLo

Barricades were set up blocking the vehicle entrance to the legislative building.

Addressing the protest on Friday, Moe said all Canadians have the right to protest but they must do so “within the confines of the laws that we have.” 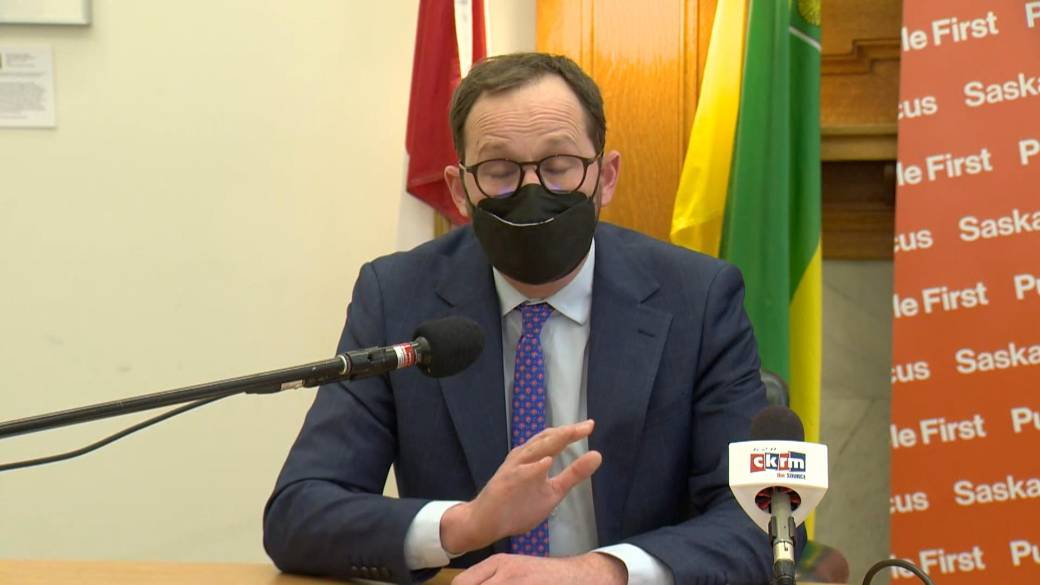