A group of citizens against the eastern link of the REM train line hopes that the project will be reconsidered.

More than 100 protesters gathered at Parc Pierre-Tétreault in the Mercier-Est district to demand more public consultations for the $ 10 billion public transportation system.

“We need something that improves our quality of life,” says Daniel Chartier, Collectif vice president at Environment Mercier-Est and organizer of the protest.

“This project is a bad apple. And it’s not a real solution. “

Chartier says that despite ongoing public consultations, the CDPQ, the Caisse de dépôt in charge of REM, is not taking into account the real concerns of those living in the eastern parts of the city.

The REM de L’est will be a 25-kilometer above-ground track that will link the city center with Pointe-aux-Trembles, as well as the concrete track that is taking shape on the west island along the road. 40.

A seven-kilometer underground route to the Montreal North district is also planned.

“The REM will go through their neighborhoods. And that means that they will see it next to their homes and their commercial areas and they don’t want that, ”says Laurel Thompson, an environmental activist and member of Trainsparence, a citizens’ group against REM.

The track would run along Notre Dame Street and Sherbrooke Street, two of the busiest arteries in the city. 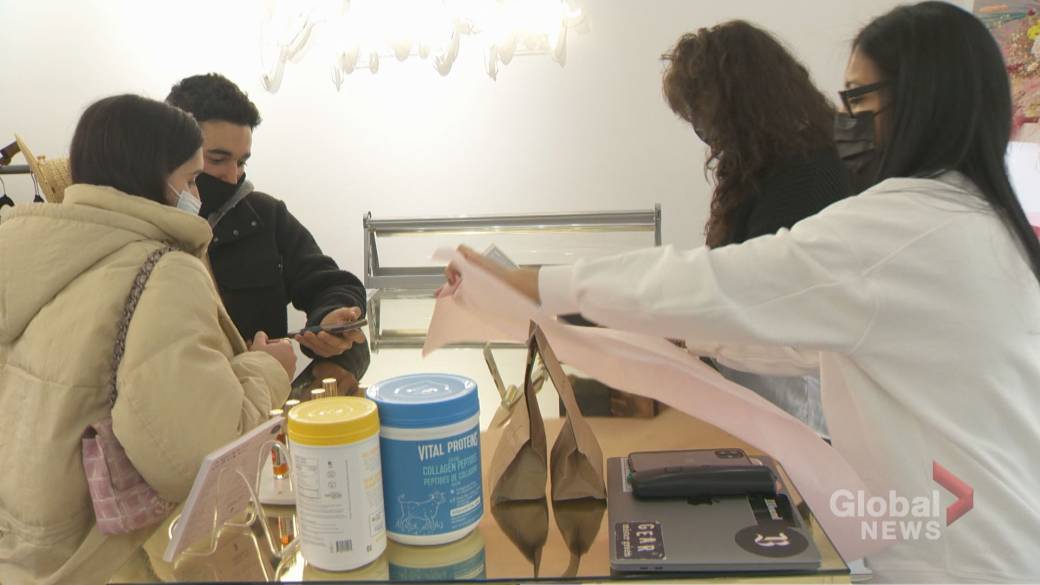 Mercier-East District residents are concerned that construction will significantly disrupt traffic and their quality of life.

“(We would prefer) something that is on the ground, preferably a streetcar and something that will be easier for neighborhoods to incorporate,” adds Thompson.

Many residents are not so sure that REM will even significantly improve access to public transportation in the area, since much of the road will run the same way as the Metro green line.

The regional transit authority (ARTM) is expected to publish a study on the impacts of an east link in early 2022.