Prime Minister Justin Trudeau says his government will not delve into the legal challenge taking place in Quebec over Bill 21, the province’s law that prohibits certain government employees in positions of authority from wearing religious symbols at work. .

Trudeau said that while he “deeply” disagrees with Bill 21, he does not want to give Quebec a reason to start a fight with Ottawa.

“I think the important thing is that the province passed the law and Quebecers are defending their rights through the legal process in Quebec,” Trudeau said.

The expulsion of a teacher from Quebec for wearing hijab is a ‘cowardly’ measure, says a minister

Trudeau explained that it is important that in the early stages of the ongoing legal challenge, Quebecers themselves show their disapproval of the controversial law but did not hide their own opinion.

“I don’t find that in a free and open society someone should lose their job because of their religion and this is no longer a theoretical issue,” Trudeau said.

Trudeau’s comment comes days after a teacher in Chelsea, Qc, lost her job because she wears a hijab.

The news caused a sensation on the political scene, prompting many liberal ministers to harshly criticize Bill 21.

“This type of discrimination does not reflect the Quebec society in which I want to live.”

But no one promised to pressure the federal government to fight the bill in court.

The law has been the subject of legal challenges led by civil rights groups and school boards and will likely end up in the Supreme Court.

Trudeau said that while he plans to stay out of the fight for now, his administration has not closed the door to intervening at some point.

Legault responded to the prime minister’s comment, saying that people can still work as long as religious posters are removed at work and he doesn’t see how Ottawa could intervene.

“I believe that bill 21 was voted democratically, it was supported by the majority of Quebecers. I don’t see how the federal government can intervene on such a sensitive issue in our nation, ”Legault said.

Meanwhile, a protest against the bill is scheduled for Tuesday. It will take place in front of the offices of Robert Bussière, the MNA responsible for Gatineau.

– with files from Amanda Connolly of Global News, The Canadian Press 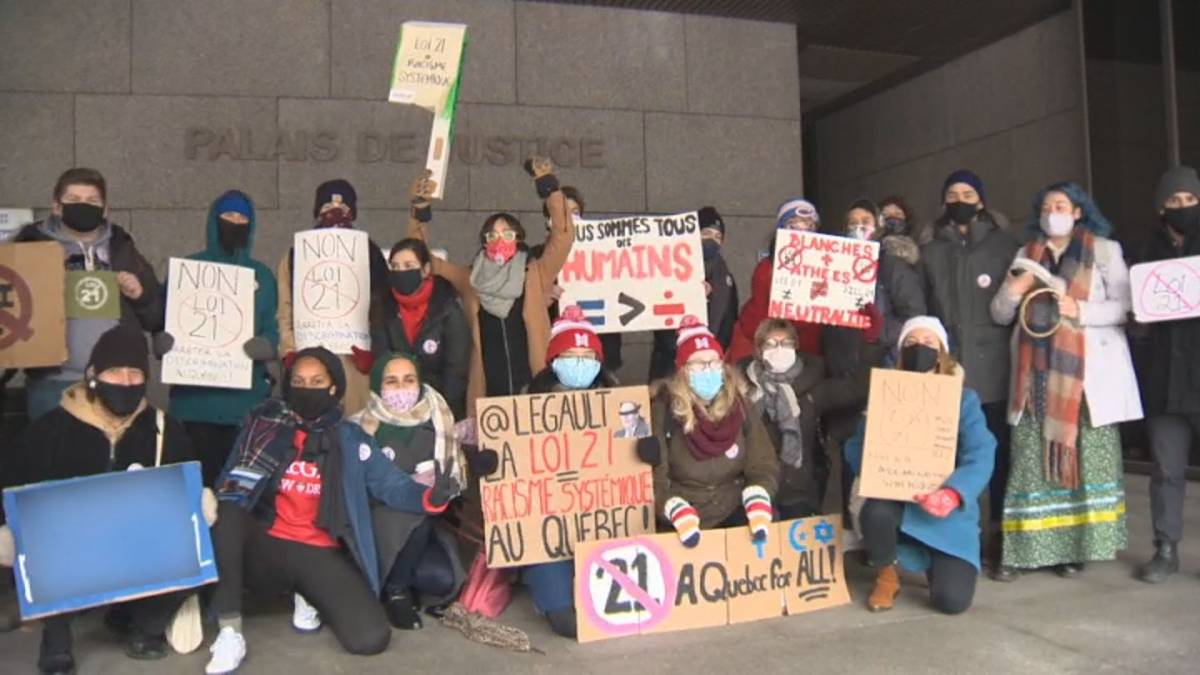 2:08Ottawa remains on the sidelines of new disputes over bill 21 in Quebec