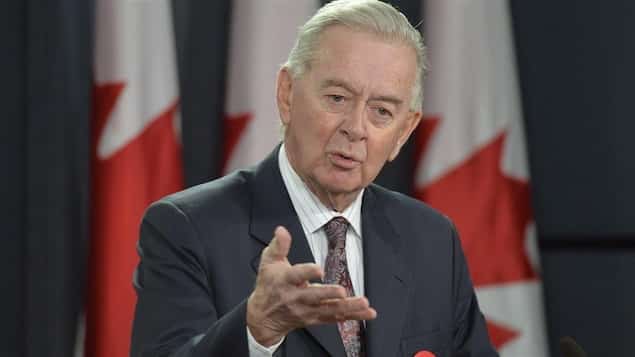 In a letter addressed to the various campaign directors, a copy of which was obtained by Radio-Canada, this fine connoisseur of the mysteries of politics in the country warns the candidates for leadership of the Conservative Party of Canada of the risk that internal bickering presents not only for the image of the party with voters, but above all for partisan cohesion.

And this situation could be a godsend for the rival political formations, in particular the Liberal Party and the New Democratic Party (NDP) which, according to him, are on the lookout to exploit any breach left open by the Conservative camp.

” As you surely know, the Liberals and the NDPNew Democratic Party have researchers whose sole job is to record every derogatory statement made by one Conservative Party leadership candidate against another, or made by overzealous supporters. »

Then, when the leader is finally chosen, Liberal and New Democrat critics will respond to him, especially in the House [des Communes] : ‘Let me read to the new leader of the CCPConservative Party of Canada what some of the party members really think of himhe warns.

The Edmonton native, who turns 80 in June, therefore urges aspiring leaders of the CCPConservative Party of Canada to banish personal attacks from their actions and gestures, as these would only reinforce the negative public perception of partisan politics.

Beware of the scenario of the past

Preston Manning led the Reform Party from the late 1980s to 2000. At that time, the conservative movement was divided into two tendencies: reformists and conservatives. This split benefited the Liberal Party, which then managed to win the elections and form a large majority government during the 1990s.

Preston Manning’s letter comes amid repeated invective between members of the Conservative Party.

For example, candidate Patrick Brown accused frontrunner Pierre Poilievre of promoting discriminatory policies and being against immigrants, alluding to the latter’s past support for banning the niqab at citizenship ceremonies.

Pierre Poilievre then retaliated by calling Patrick Brown, the mayor of Brampton (Ontario), a liar who distorts the truth for political purposes.

The candidate for the leadership of CCPConservative Party of Canada and former Premier of Quebec, Jean Charest, also accused Pierre Poilievre of seeking the support of people who break the lawthus speaking of the truckers and other people taking part in the demonstrations which had paralyzed the federal capital for several weeks.

The camp of Pierre Poilievre made fun in turn of Jean Charest who would not be a true conservative and whose campaigns would mobilize only a few people.

Preston Manning, who has also indicated that he will not support any candidate in this race for the leadership of the Conservative Party of Canada, insists on the importance for the party to remain united to defeat the Liberal/NDP coalition in the next federal election. He thus refers to the confidence agreement that these two parties signed earlier this year.

With information from John Paul Tasker and Catherine Cullen