A popular day-use area along the Thousand Islands Parkway between Mallorytown and Brockville will be closed for the season, meaning beach goers will need to find another spot to catch some rays and enjoy the St. Lawrence River.

Visitors arriving at Brown’s Bay Beach are greeted with a large sign saying the park is closed, with no public access.

“It’s disappointing for everyone, but that’s the reality and we have to put safety first,” said St. Lawrence Parks Commission (SLPC) Chair Bob Runciman.

“This is going to be restored to its original glory. That’s our intention and we are well on our way,” he added.

Construction is already under way for the park’s revitalizationand the commission had planned to let the public use some parts of the site this summer.

“We couldn’t guarantee guest safety with all the work we have going on with heavy equipment and machinery moving around,” said SLPC Acting Director of Parks and Recreation Greg Faaren. “So unfortunately we have to make the decision to close the park for this season.”

The park is receiving three major upgrades, beginning with a new sea wall along the water which has already begun.

The old canteen and washroom buildings are slated to be demolished, with a new building built to incorporate both, and a new septic system will also be installed in late summer.

“I was a lifeguard here just a few years ago,” Runciman smiled. “I’ve seen the park, in my view, be neglected for decades. For example the canteen closed for the past 15 years, that sort of thing occurring.”

“We’re going to have what they call a perched beach (behind the seawall),” he added. “We’ve had significant erosion of the current beach with fluctuating water levels the past number of years so this is going to be an elevated beach, but with easy access to the waterfront especially people with ability problems.”

“This is the oldest park in our system and it’s been, as I said, neglected. And with our environmental concerns we are addressing it as well,” Runciman added.

The day-use beach area is a popular spot for many for picnics, swimming, camping and family barbecues. Faaren noted around 7000 guests use the park between May and September.

“On a weekend it’s not uncommon to see 4-500, 600 people here,” he said. “There hasn’t been any significant restoration work at this park since its original creation back in the 60s so this is a very welcomed and exciting time for the park.”

“You go by here last summer, for example, especially during the pandemic, people started to come back to the parks and really appreciate the beauty and the fun they could have on a site like this,” Runciman said.

Some aging trees that were planted when the first opened also needed to be removed, but the Commission says for every tree they take away three more will be planted.

“I think with the new board, new leadership with the Parks Commission, there’s a strong commitment to renew our infrastructure, concerns about the environment, our tree canopy, all of those issues that are now being addressed and I’m very proud to be apart from it,” Runciman said.

“Holly Kew, the CEO, came on board to the Parks Commission just a few months before I joined and we both shared this vision of renewing our parks,” he added.

Mille Roches Beach near Cornwall is slated to undergo the same sort of restoration beginning in 2023, Runciman noted.

“We want to see these parks back to what they were, and what their original intention was and they haven’t received the investment they merit for decades and we are turning that around.” he said.

The SLPC received funding from the Ministry of Heritage, Sport, Tourism and Culture Industries through a repair and rehabilitation fund.

“It’s a fund that we have to apply to and get project approval for and thankfully they were able to find us the money to do this work this year.” Faaren said. 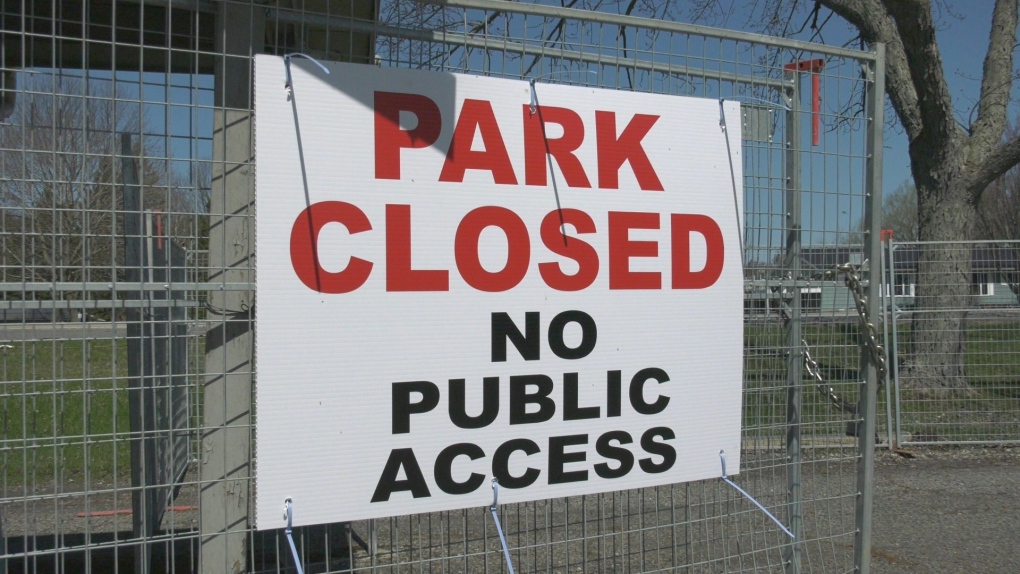 The plan is once the work is done, guests will come from further away, and the locals will have a brand new park in their backyard.

“You can see the panoramic views, (it’s) a premier spot for people to come and spend a day at the beach and sit along the new rock wall and just watch the boats going by on the seaway,” Faaren added. “It’s really going to be a wonderful park for many years when we are done.”

“We understand it’s going to be a bit of an inconvenience this year, we’re thankful for their patience and we look forward to seeing them back again next year,” he said.

Construction is planning to be wrapped up by the end of 2022, with the park aiming to reopen in May 2023.

“I’m just very proud to be a part of this and I’m looking forward to cutting the ribbon next summer,” Runciman smiled.