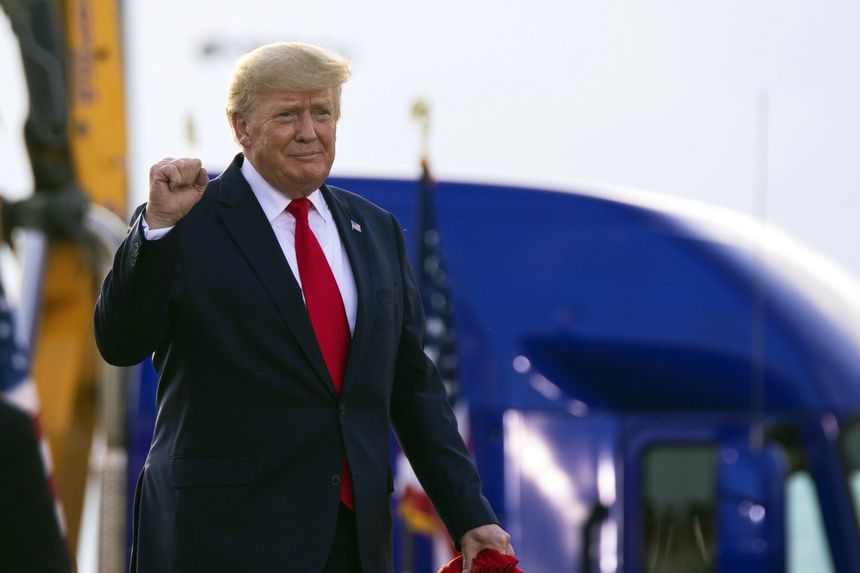 It’s time for Donald Trump to say to himself the words for which he is most famous: “You’re fired!”

Amid speculation of a 2024 race and talk of a Grover Cleveland encore, there’s one inescapable snag looming over a third Trump bid for the White House: obsolescence. Unintentionally, Trump has proven expendable.

Trump’s candidacy and presidency was, ironically, his 15th season of “The Apprentice.” Intentionally or not, he educated young Republicans to counter Democrats and resist a predominantly hostile media. He compares Trump’s belligerent run in 2016 to the timidity of the McCain and Romney campaigns. Not surprisingly, a new generation of Republicans found the experience novel and instructive. Without knowing it, Trump himself became the most persuasive argument for him to step aside.

You don’t have to be Elizabeth Barrett Browning to recount the ways another shot at the White House would be bad for Trump. His brand will be irreparably damaged if he suffers another loss. He will always claim that the 2020 election was stolen and he will forever maintain his status as the winner. But if he is defeated in the 2024 general election (or, even more embarrassingly, in the primary), he can’t complain anymore. Nobody likes a sore loser, especially a two-time loser.

Furthermore, a Trump loss in the 2024 general election would sentence Republicans to another four years out of the White House. Republicans would forever resent the former president for wasting the opportunity, and Trump would quickly go from party savior to outcast.

It is much wiser for Trump to play the role of kingmaker. He can give his bombastic endorsement to a younger candidate who shares his Republican bona fides with little risk to himself. Florida Governor Ron DeSantis is an obvious choice. In 2024, assuming he is re-elected this November, Mr. DeSantis will have six years of political experience since his election in 2018.

He is much more palatable than Trump and is not subject to the harshness, malicious tweets and pettiness of the former president. However, Mr. DeSantis has the strength to withstand harsh criticism without giving in, as evidenced by his handling of the pandemic and the “Don’t Say Gay” controversy.

It’s hard to think of a more suitable trainee for Trump. But there are other capable 2024 standard-bearers, including Nikki Haley, Gov. Kristi Noem and Mike Pompeo, all aligned with Trump’s political beliefs but remaining independent thinkers. Anyone would be a worthy successor but not a subservient clone.

Trump can win a second term without putting his name on the ballot. No matter which successor gets the nod, it’s time for Trump to step aside and tell that person, “You’re hired!”

Mr. Opelka is a musical theater composer and lyricist.