Not the most successful, not the most complete, but fascinating in its makeup and its style. Not only was it an exhilarating ride at times, it’s why the future is so intriguing.

Yes, the bitterness of the first-round playoff elimination will linger for days, and being drilled by 35 points in the team’s final home appearance is hardly the goodbye anyone deserved. That must be cast aside quickly, because what preceded it, and what should come in the future, is so full of intrigue.

This team, in a very concerted and obvious way, tried to reinvent a lot of how NBA basketball is played and, for the most part, they were successful. It’s why of all those other Raptors teams — the bad ones, the great ones, the middling ones — this one made you sit up and think what might be.

And the last thing team president Masai Ujiri or general manager Bobby Webster should do this summer is change course. They cannot abdicate the position they staked out so clearly; they are on to something.

A gang of long, interchangeable pieces was, in times of good health, quite something to watch. They flew around on defense, disruptive and switching everything while creating problems all over the court. They didn’t need a stud at the back — not that there are a lot of studs available, anyway — because they worked to their skills and worked quite well.

It was a conscious decision, one that worked more often than not, and at times in the just completed season the method to the madness was obvious.

I know Ujiri and Webster well enough to feel confident they will allow this group — and most important the style that it plays — to grow. They want to be, and are, trend-setters rather than trend followers; it’s part of what drives them, and if they can tilt the NBA they’d love to.

“One thing about this league is, there’s like a cycle, and I’ve seen several different cycles over the course of time,” said Thad Young, the elder statesman who just finished his 15th season with his seventh team. 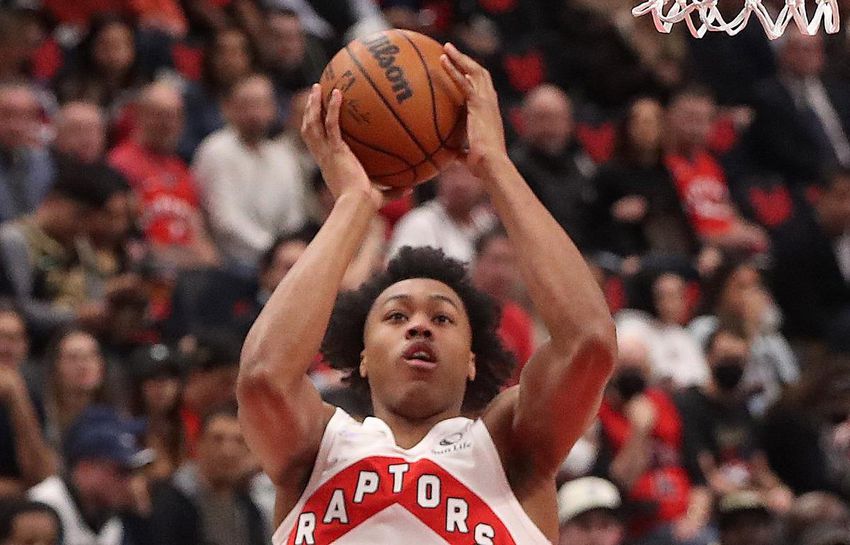 “I think this team is on the cusp of doing something that’s very unique, but it’s effective.”

To Young’s point, maybe what the Raptors are ultimately trying to emulate is two recent franchises who changed the game dramatically. The Seven Seconds Or Less Phoenix Suns got pace into the game; the Splash Brothers Golden State Warriors sent every team searching for more shooting.

Perhaps the Raptors don’t have that profound impact, but something a bit less might be attainable as long as they don’t deviate.

Yes, this roster had flaws, and they were as obvious on opening day as they were on closing night.

Those are hard to address in a season. Don’t for a second think Ujiri and Webster weren’t aware of it in November and didn’t try to fix it as games rolled on. But to simply wish for a deal or a signing or for someone to fall into your lap to fix problems is stuff of the Trade Machine and the fancy of the fans.

Their work begins now, the hard work of finding the right fit but not slipping away from their master plan.

It is the way the NBA is going, and in some ways the Raptors were ahead of the curve this season.

It’s why it was fascinating to watch, an experiment being played out in real time with real consequences and rewards.

Scottie Barnes guarding point guards and jumping centre. Precious Achiuwa becoming a player. Pascal Siakam returning to his all-NBA form but smarter, more aware, just better in every regard. Centers who were forwards, forwards who were guards, guards who were centres.

Fascinating and fun, something exciting to see and watch develop and should be for years to come.

You can imagine in a couple of seasons, when this core group has a chance to really make some noise in the NBA, how much fun it’ll be to say: “Remember back in the day when it all started? That was a fun ’21-22 season, wasn’t it?

The excitement of this year, and the disappointment in the way it ended, will pass. But what it’s set in motion, what promise it might hold, makes this group one of the most intriguing in almost three decades of the Raptors.

Doug Smith is a sports reporter based in Toronto and has covered the Raptors since Day 1. Follow him on Twitter: @smithraps