CLEVELAND—And on the 18th day, they rested.

The Blue Jays got an unexpected breather from their season-opening gauntlet, with the rain and cold in Cleveland on Friday postponing what was to be their 18th straight game without a day off.

The numbers won’t change in what was scheduled to be a run of 20 games in 20 days — capping a season-opening stretch of 30 in 31, ending Sunday — because the rainout will be immediately made up as part of a Saturday doubleheader, but at least now they won’t play those 20 without a break. They have two scheduled days off next week.

The surprise rest means that 27 games into the season, just 17 per cent of the way through, the toughest part is over.

How tough was it? How about seven against the Boston Red Sox, six against the Houston Astros and three against a New York Yankees team that came to town on a nine-game winning streak? All playoff teams last season, including the league champion Astros, over 16 straight days.

The trip to Cleveland was supposed to provide a bit of a break, but Thursday night’s game in the rain, wind and cold was no picnic, either.

To get through those 17 games with 10 wins — improving to 16-11 overall (a 96-win pace) — is remarkable, especially considering what the Jays have gone through already, beyond the daunting schedule.

They’ve played all but three games without their starting catcher and all but six without their two-time Silver Slugger outfielder, Danny Jansen and Teoscar Hernández both suffering oblique injuries in the first week.

Losing Jansen matters not just because the backstop was off to a red-hot start with a double and two home runs in seven at-bats. He’d picked right up where he left off last season, when he had 13 extra-base hits over his last 14 starts. More important, it meant that three games into the season pitchers were throwing at Alejandro Kirk, who caught just 40 games last year, and two near-strangers in Zack Collins and Tyler Heineman.

“I don’t know if I can really explain how big of a deal it is to basically have catchers we’ve never thrown to, and how tough that is,” Jays starter Ross Stripling said on a recent episode of the Star’s “Deep Left Field” podcast. “We all have different setups, we all have different targets, different arsenals. These guys have got to be able to catch (sidearmer) Adam Cimber throwing from the ground and Jordan Romano throwing 100 from straight over the top, and all the starters mixed in. They (were) out there catching flat-grounds, catching bullpens, trying to get used to us.” 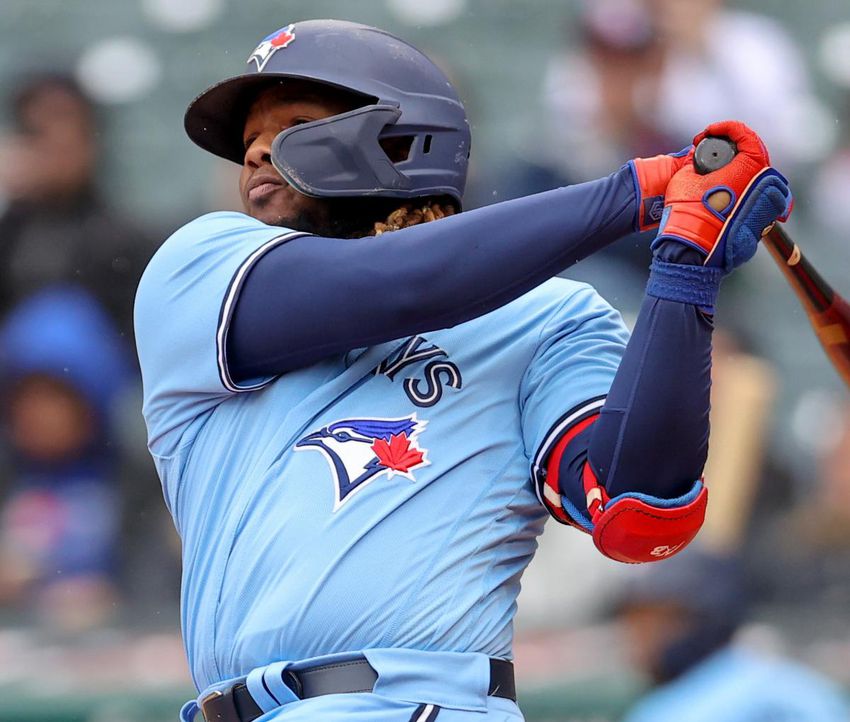 Which is why Kirk started behind the plate in 11 of the first 12 games Jansen missed.

Stripling likened the early-season situation to being handed a huge assignment at your job and a partner you’d never worked with before.

“You know he’s a professional, you know he’s going to do a good job,” explained Stripling, “but you’ve never ebbed and flowed with him. You have no idea what that relationship is going to be like. That would probably be pretty stressful.”

Couple that with the fact that when Jansen went down, the Jays went to the Bronx to play four against the Yankees. While they were in New York, they lost Hernández, the slugger who gives teams a real reason not to pitch around Vladimir Guerrero Jr.

They split those games, then came home to face a non-contender in the Oakland A’s, winning two of three. Their last day off before Friday followed, and then they dropped directly into the soup.

It’s difficult to imagine a tougher stretch with no spot to come up for air, and the Jays had to do it without their cleanup hitter and starting catcher. Yet here they sit on that 96-win pace despite an offense that’s still in a deep slumber.

The team that averaged 5.22 runs per game last season is down almost a run and a half to 3.78 this season. Last year, the Jays led the major leagues with a .797 on-base plus slugging percentage; this year, that number is down to .706, still good for fourth in the American League in the current muted offensive environment.

Their .168 batting average with runners in scoring position is a whole other story, but that number will be much higher come season’s end.

“It’s going to get to a point where we’re going to start (hitting with runners in scoring position),” said manager Charlie Montoyo after Thursday’s 6-5 loss, in which the Jays went 1-for-10 in such situations, “because there’s a track record of us hitting. I’m the ultimate believer and I know they’re going to do it. I don’t know when that is, but hopefully soon.”

The Jays have one similar gauntlet remaining but the opposition, while strong, won’t be quite as formidable.

They’ll play 17 straight across three time zones without a day off in late June and early July: visiting Milwaukee, coming home to face Boston and Tampa Bay, then heading to the west coast for Oakland and Seattle. That will come directly after 13 in a row against the Tigers, Orioles, Yankees and White Sox.

It will be another 30 games in 31 days, another tough test, but the Jays have already made it through a tougher one in pretty good shape.

Mike Wilner is a Toronto-based baseball columnist for the Star and host of the baseball podcast “Deep Left Field.” Follow him on Twitter: @wilnerness

Published On May 6, 2022
By thecanadian
Categories