Nearly 12,000 children are on the waiting list for surgeries across Ontario, a situation that officials at four major children’s hospitals say is part of a much larger problem that they need the province’s help to solve.

Hospitals say the surge has slowed after a difficult three months in which surgeries were canceled and staff redeployed to help overburdened emergency departments and intensive care units.

But during that time, the surgical waiting list kept growing. About half of the 11,789 children are waiting beyond clinically recommended wait times, which hospitals say is partly due to increased airways and the COVID-19 pandemic.

“The fact that we’re now out of the surge and still very tense helps show that we really need big investments,” said Bruce Squires, president of McMaster Children’s Hospital.

The hospital’s surgical waiting list stands at 2,332 children, Squires said, adding that 69 percent of those procedures are beyond clinically recommended waiting times. He said more specialized operating room personnel, such as nurses and anesthesiologists, are needed to address the situation.

Staffing is the main problem preventing all four hospitals from increasing surgeries.

SickKids in Toronto, which is back to 85 percent surgical capacity, said the wait list will actually grow even if they restore full service levels. During a stretch last year, SickKids operated at 100 percent capacity and the waiting list skyrocketed by 15 percent, said Dr. Simon Kelley, a surgeon and associate chief of perioperative services at the hospital.

And that was before the surge.

The waiting list at SickKids stands at 6,301 procedures. Hospital staff have had to cancel 280 surgeries since service levels were reduced in mid-November, and half of those procedures have now been completed or rescheduled.

Kelley said the hospital is working with regional facilities to roll out a new model that would see community hospitals take on more pediatric surgeries, likely simpler day procedures.

Ontario Health, with support from the Ministry of Health, has helped set up meetings with regional health care providers and is helping to identify which procedures can be performed outside of major children’s hospitals, Kelley said.

“We have to really think about how we redesign pediatric surgery and how the service is delivered across the province,” Kelley said. 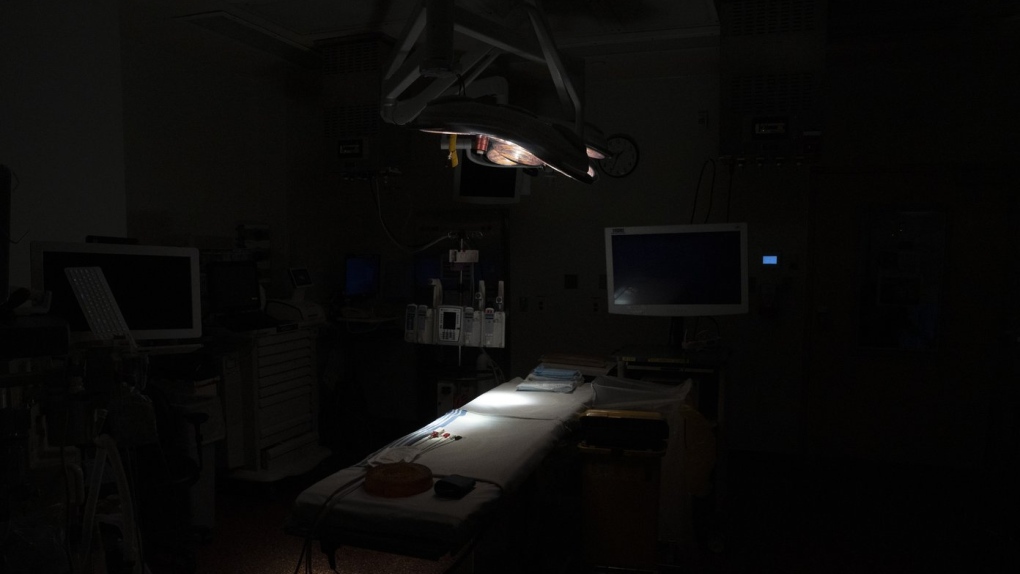 An empty operating room is seen at the Hospital for Sick Children in Toronto on Wednesday, November 30, 2022. THE CANADIAN PRESS/Chris Young

Health Minister Sylvia Jones is “in constant communication with the CEOs of children’s hospitals and has offered the full support of the government to do what we can to increase their capacity,” spokeswoman Hannah Jensen said.

Adult hospitals across the province are dealing with their own massive surgical backlog, estimated at around 200,000 procedures. The province recently announced a measure to expand adult surgeries performed at private clinics to help with that backlog.

Children’s hospitals had a meeting Thursday with Ontario Health as part of a new “surgical access” table in an effort to figure out how to address the backlog of surgeries, said Nash Syed, president of Children’s Hospital at the Health Sciences Center. From london.

The children’s hospital said ICU capacity was expanded during the increase by six beds to 20 in total. Four of those six new beds are long-term funded by the province, Syed said.

The ICU was often running at 130 percent during the surge, and the hospital’s emergency department reached peaks of more than 200 children a day in space built to care for 120 patients a day.

“It’s too small,” Syed said. “We’re looking at how we’re going to rebuild our emergency department.”

The London hospital also had to cancel surgeries, but the decision was due to a lack of beds and not a need to redeploy staff. It is now in initial discussions with regional facilities to help establish a hub-and-spoke model similar to the one SickKids is working on, Syed said.

In 2020, he opened a “minor procedures” operating room in an effort to take pressure off the main one. Syed said about 100 children come through each month, with the average time inside the hospital totaling 1.5 hours.

In Ottawa, the surge was so severe that Tammy DeGiovanni, senior vice president of clinical services and chief nursing officer, said finance and communication workers were helping nurses and doctors run errands and answer phones.

CHEO reduced its operating room from eight rooms to five, allowing staff to redeploy to the emergency department and ICU. But the volumes were so high that the hospital built a second ICU, which the province has since funded to make permanent.

UCI is now at 80 percent capacity instead of the 200 percent levels seen during the fall. And the operating room is working again at full capacity.

The hospital has started sending surgeons to smaller hospitals to perform operations, which frees up an operating table at CHEO.

DeGiovanni was buoyed by hope after the ministry made funding for the second ICU permanent, but said much more change and investment from the ministry is needed.

“There is concern that both the ministry and society will move on and we will forget about this increase,” DeGiovanni said.

“We need a permanent infusion of funds for surgeries, we can’t go year after year.”

This report by The Canadian Press was first published on January 22, 2023.