More than 1,000 teenage Air Cadets within a two-hour driving radius of London, Ont. were given a rare opportunity Saturday to ride aboard one of the Royal Canadian Air Force’s (RCAF) most important aircraft.

“I’ve always wanted to be a fighter pilot. So it’ll be a good experience for sure,” says Cpl. Rogan O’Donnell, 14, from Grimsby, Ont. right before getting on board.

Cadets were brought by bus to the London International Airport and then given a briefing about safety rules and regulations, as well as instructions on how to deal with potential air sickness.

“I once saw two Hercules fly one after each other, they turned almost 90 degrees on their side, and flew right in front of us,” said 17-year-old Warrant Officer Finnegan Quirk who has dreams of being in the space program. 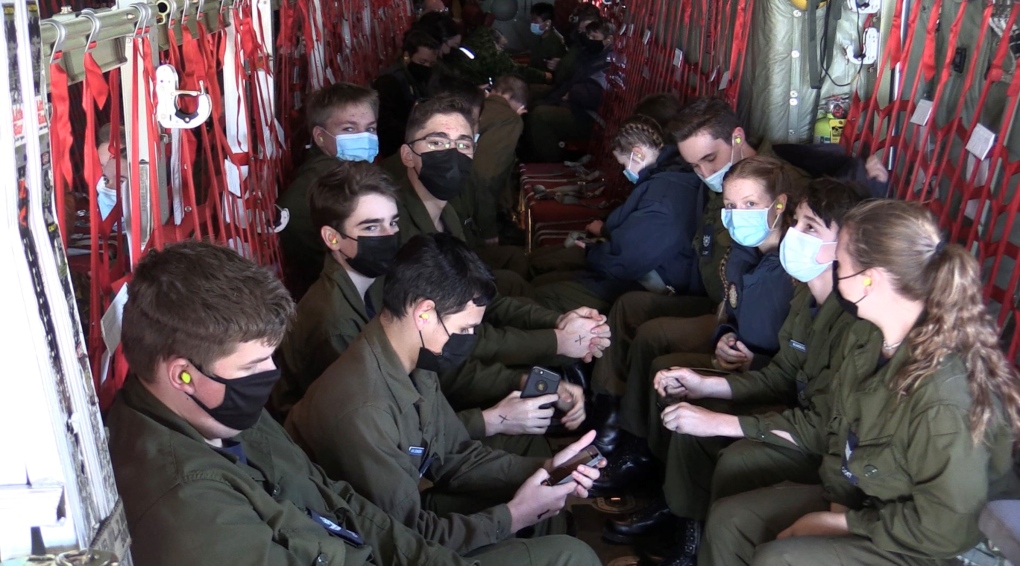 Southwestern Ontario Air Cadets prepare to ride on the CC-130 Hercules aircraft Saturday May 7, 2022. They were given the opportunity as part of a day designed to stimulate interested in Canadian Armed Forces. (Brent Lale/CTV News London)“They were so low off the ground, and it was just an incredible thing to see,” he said.

The teenagers were getting set for what the RCAF calls a familiarization flight. The 436 Transport Squadron from Trenton provided two different C-130 Hercules planes and their personnel to provide this unique opportunity.

“This is the first time for most of these cadets, especially after two years of online training because of the pandemic that they get to be in person with their friends, as well as talk to the pilots,” said Lt. Anthony Vukojevic, public affairs for the Air Cadet Program.

“They get to talk to the loadmasters that are helping them buckle up their seat belts. They are getting the full experience for them to see if it’s something that they do want to pursue in their future,” said Vukojevic.

After 75 to 100 teens boarded the Hercules — which is used to transport people, cargo and humanitarian aid — they got a 20 minute flight to Lake Erie in the Port Stanley area. 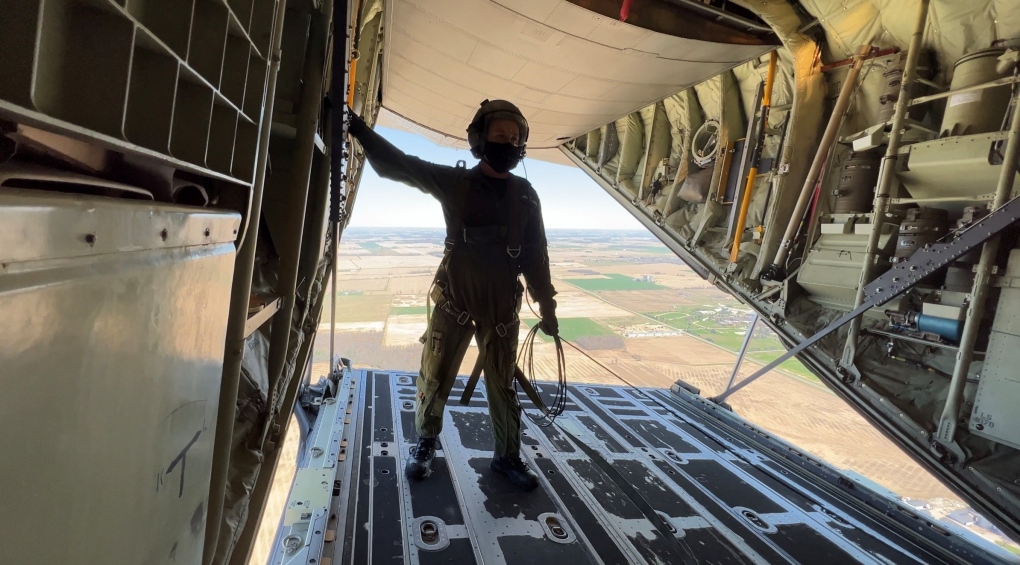 A look out the back of the CC-130 Hercules mid-flight Saturday May 7, 2022. Air Cadets were given the opportunity to ride in the aircraft as part of a day designed to stimulate interested in Canadian Armed Forces (Source: Sean Costello)

“I thought it was cool when they open the doors when we were going there going up,” said O’Donnell upon his return. “It’s great to look out the back and see what you can what’s below you. When you turn when you roll and stuff it was so awesome.”

Quirk agreed that the flight was everything he hoped it would be.

“When they opened the doors and you could see out it was just a brilliant view,” said Quirk. “Once it started turning it was crazy, and when they started doing high G’s and low G’s you really felt at all it was amazing. I loved every minute of it. It was the experience of a lifetime.”