Nova Scotia’s provincial government has banned blockades of a highway under the Emergency Management Act.

The new directive says protesters are prohibited from blocking Highway 104 near the Nova Scotia-New Brunswick border.

“The directive also applies to people who stop or gather alongside Highway 104, the Nova Scotia-New Brunswick border, or at the Cobequid Pass toll area,” read the Friday release.

The province said this directive is in effect for those who protest “in support of the 2022 Freedom Convoy, the Atlantic Hold the Line event, or others organized to interfere with traffic.”

Those who fail to comply with the order could be fined.

This announcement came a day after Nova Scotia truckers gathered in Enfield before departing for New Brunswick to protest COVID-19 vaccine mandates. The convoy caused heavy traffic on the highway and more than a hundred supporters came to send them off.

The federal government ended the truckers’ exemption to the vaccine mandate on Jan. 15, so truck drivers need to be fully vaccinated if they want to avoid a two-week quarantine and pre-arrival molecular test for COVID-19 before entering Canada.

The trucker convoy is set to gather in Ottawa this weekend.

In the Friday announcement, Nova Scotia reminded residents that “blocking a road or highway is also an offense under the Criminal Code of Canada,” and “it is also an offense to interfere or obstruct snow removal operations on a highway.” 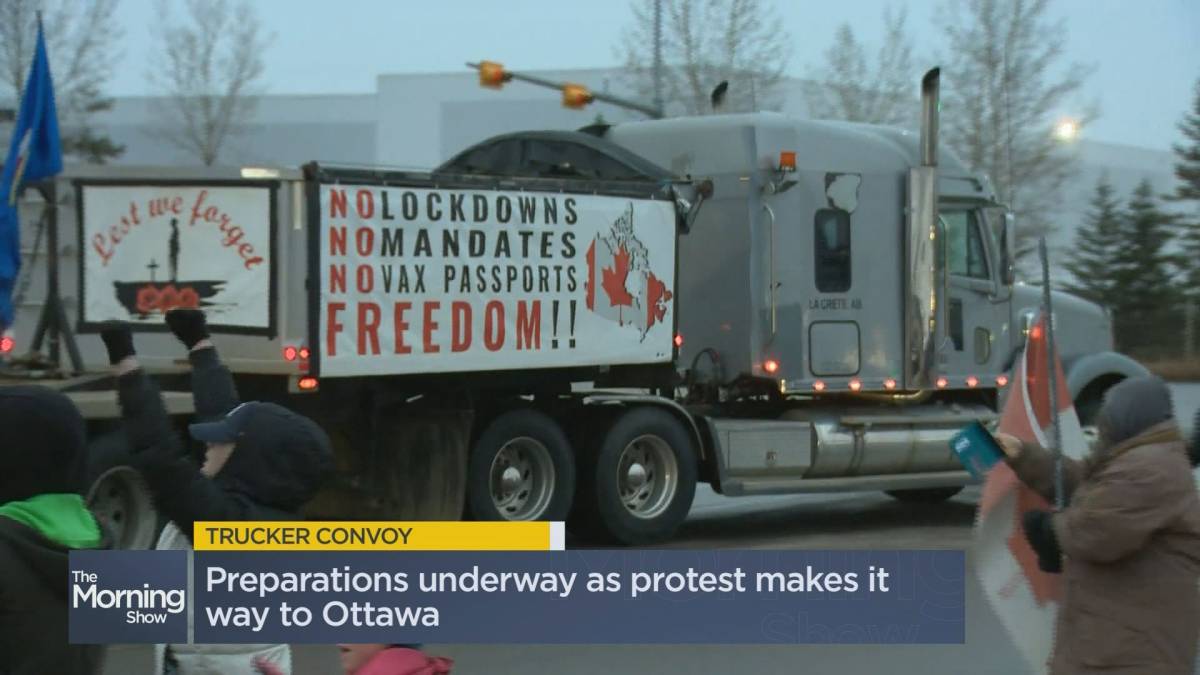 3:58David Akin updates on the trucker convoy headed for Ottawa