When Russia invaded Ukraine in March, Ivanka Siolkowsky, also known as Tidy Moose, a Ukrainian-Canadian author and professional organizer living in Toronto, didn’t wait long to pack her bags. Within a week, she flew to Poland to volunteer at the border and then ventured into Ukraine itself. From rebuilding the roofs of bombed-out buildings to helping unaccompanied Ukrainian minors cross the border into Poland, Siolkowsky worked without the help of an organization. This is her story.

I don’t think any Ukrainian on the planet slept through the first night of the war.

Our eyes were glued to our televisions, in my case, my phone. That night I knew that I couldn’t just sit back and do nothing, and that I would end up in the Ukraine. I ended up going that first week.

I didn’t have a plan, I was just improvising. He was a little nervous, but he also knew that I would find things to do and people to help me. I speak the language. I have been several times. He knew he could offer some level of assistance, but he didn’t know what it would be.

I flew to Poland and volunteered at the Medyka border, mainly helping unaccompanied minors crossing the border in search of safety. In the chaos of the border, women crossing with their children were understandably reluctant to trust foreign soldiers to take them to safety or help carry their babies. That’s where I came in.

Since the women were more likely to trust me, I helped the children cross unaccompanied. They had nothing but a phone number written on their bodies and a note that read: “Call me when my son arrives safely.” Ukraine has always been high on the list of countries where trafficking takes place, and that is in non-war times. The women and children fleeing their country drove the traffickers out in large numbers, knowing that it would be much easier to carry out their crimes once they crossed the border out of Ukraine. it’s awful

I also crossed back and forth to Ukraine delivering humanitarian aid: food, tactical gear, etc. I would cross with the help and then cross again with the children to Poland.

I did not work with an organization. I worked alone, because very soon I saw that many cracks were being installed in the systems, many bureaucratic procedures that prevented the delivery of aid, in some cases. There was a situation during one of the evacuations where a team turned around because it wasn’t safe. While I understand their reasoning and “We can’t help anyone if we’re hurt…or dead” mentality, my focus was on helping when it was needed most. The safety of the children was always my priority. Was that smart? I’m not sure. In fact, I am sure that in some cases during my stay in Poland and Ukraine it was not like that.

I’m a professional organizer and productivity consultant in Canada, so I pay close attention to detail. I was able to notice things that other people may not have. Most people don’t notice when a child or teenager is traveling alone. They all came in large groups, so it was not easy to determine. In the end, everyone did their best to provide help in any way they could. That’s all you can ask for. It was nice to see how people from all over the world worked together to help. If we’re looking for a positive conclusion to all this horror, I’d say this is definitely one.

I spent just over two weeks at the border before coming down with pneumonia. Turns out sleeping in cars and on flats in minus 10 degree weather can really take its toll. I didn’t want to take a bed away from a refugee, so I did what most volunteers do and found a place to sleep where I could. I don’t regret it, but I do regret not being smarter with my methods. It is true that I did not take care of myself as much as others, and in the end I paid for it. He reminded me of the saying: It cannot be filled from an empty cup. I flew home the last week of March and was treated for pneumonia in Toronto.

Once my doctor gave me the go-ahead to return, I flew back in the second week of April, only this time I flew to Germany, then headed to the Polish-Ukrainian border, crossed on foot, and hitchhiked further inland. . Ukraine.

This time I traveled to different cities in Ukraine, providing humanitarian aid at all levels. Some days evacuating children from the east and taking them to safety in the west; other days repairing houses destroyed by bombing; other volunteer days in orphanages. I did so many different jobs that I don’t even remember all of them. Every day was different.

I ended my trip in Bucha, where I met a man whose son had been tortured and killed, and whose house had been bombed to the ground. His story is not unique. The man said he couldn’t even walk down the street without seeing reminders of the loss he had suffered, such as bullet holes in his fence. He told me that he was leaving, and I wanted to give him one more happy memory before he did. I got some paint and started painting flowers over the bullet holes. A neighbor, a girl, came out to help me. Eventually, I painted flowers over bullet holes all over the block. 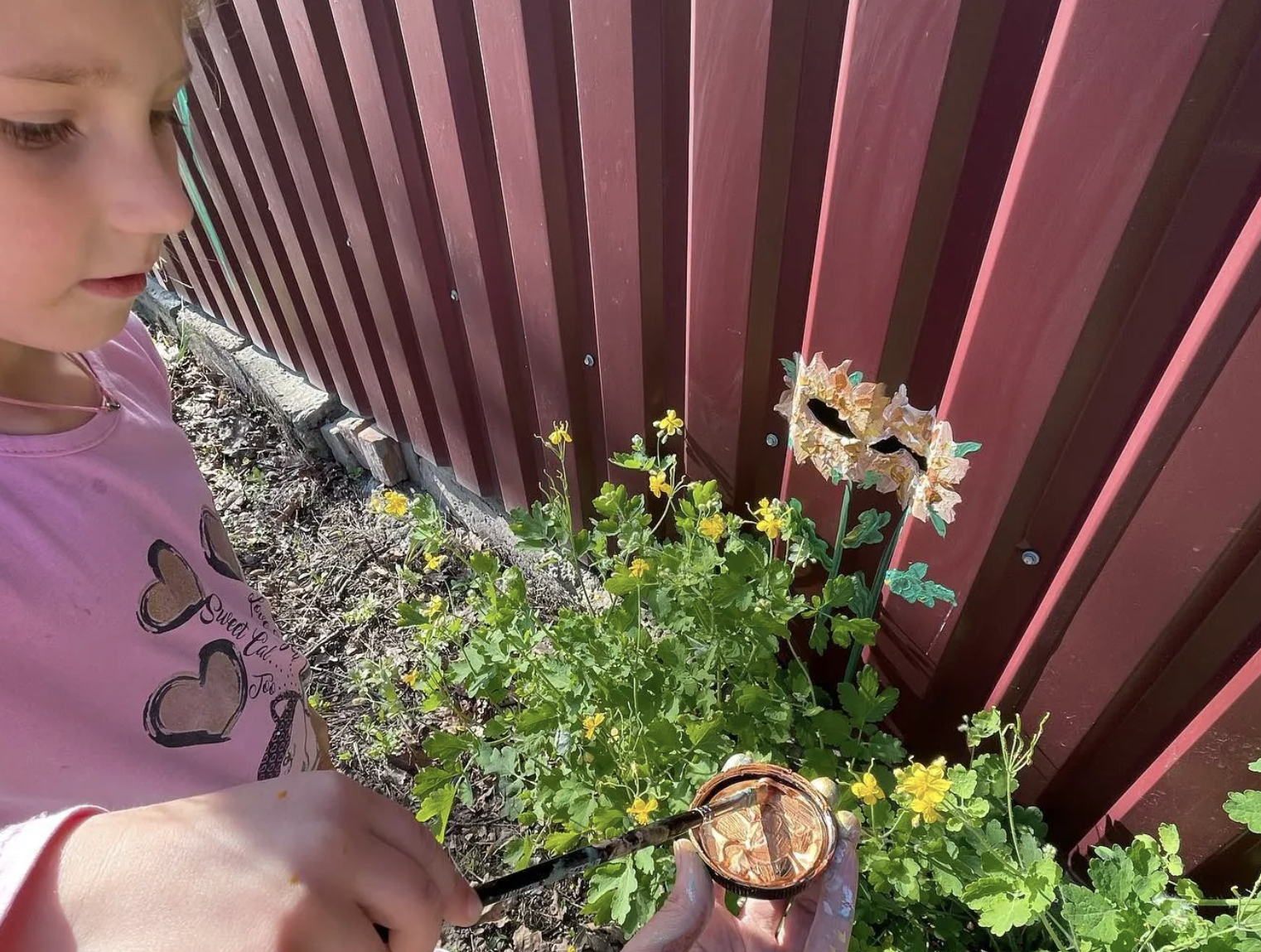 I spent time with orphans in an underground bomb shelter, which taught me a lot about resilience. Although children should never have to experience what these children experienced, I was very impressed with their tenacity to keep going, even though their lives were turned upside down. I remember the first days in the shelter, the children took care of me more than I did them, it seemed. His routine down there was incredible. The children looked out for each other and made sure no one felt scared or uncomfortable. 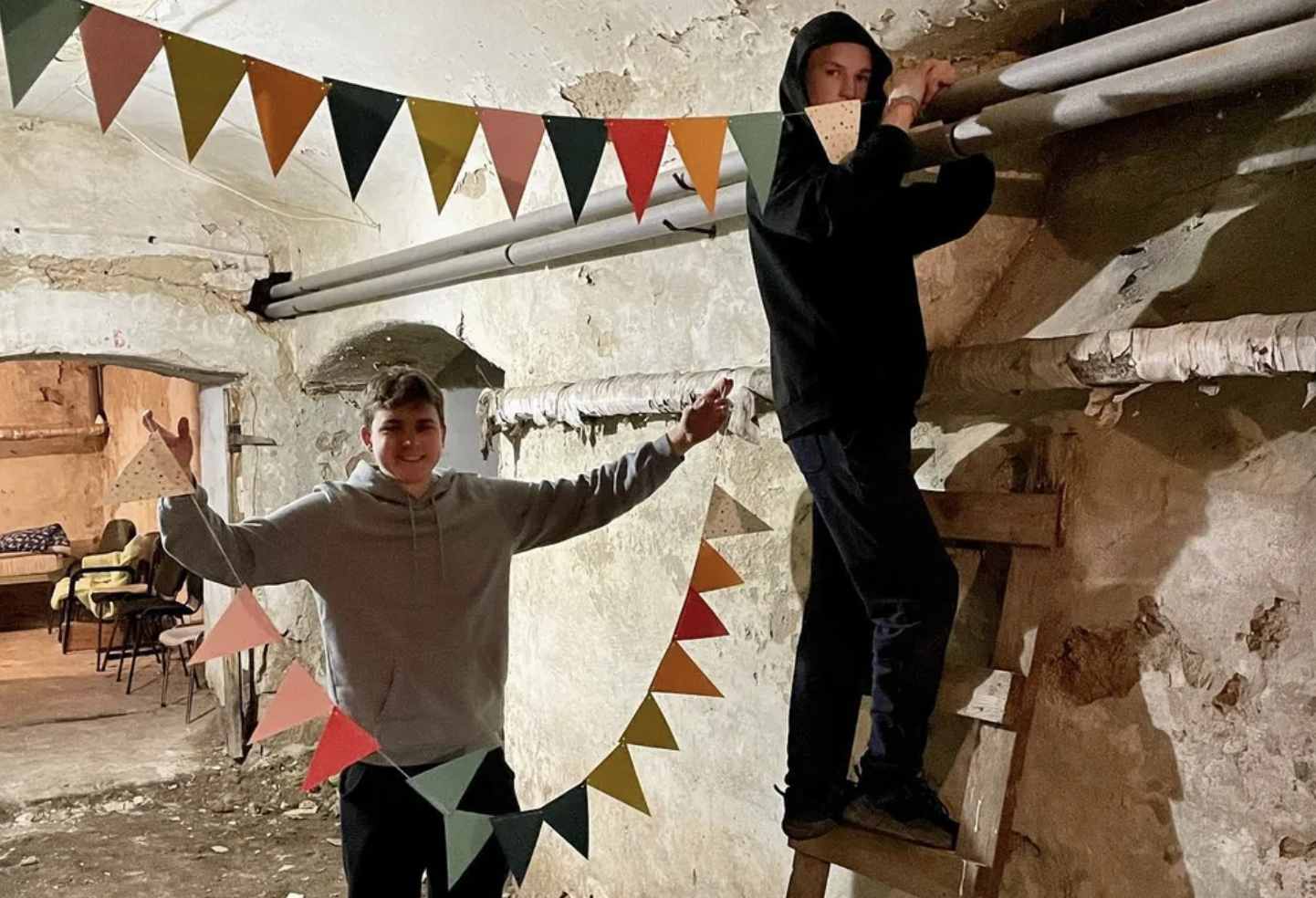 “If we’re going to spend so much time underground, we can also make it cozy.”

Ukrainians are a strong people. My work became more emotional, in the sense that I was there to encourage them and remind them that it was okay for them to be children. I packed a giant inflatable pink unicorn costume, and boy, did we have fun with it. It wasn’t long before one of the boys said, “We should take this to the square and raise money for the Ukrainian army.” It was like they had fun, and now it was time to come back to reality and give back. He turned me on and broke my heart.

As for a negative memory, there were many. One that stands out is a moment when a bomb exploded so close to me that my insides vibrated. That’s all I feel comfortable sharing about it.

Overall, I visited 19 cities in two months. I am back in Canada now. I thought it would be wise to go home and regroup. I needed a mental break. Honestly though, all I feel is guilt for not being in Ukraine right now. I’m also having a lot of nightmares because of things I saw. Things I will never stop seeing.

Still, I can return to Ukraine for a year. The Russian invasion is still going on and the Ukrainians need our help. They can’t do it alone, nor should they have to. It is our obligation to help, because they are not only fighting for themselves and their freedom, they are fighting to defend democracy and freedom throughout the world. I wish more world leaders realize that and take real action instead of offering “thoughts and prayers.”

Time will tell, but wherever I am in the world, I will not stop supporting Ukraine’s efforts to defend themselves and their freedoms.

Overcome maclean‘s sent directly to your inbox. Sign up to receive news, comments and analysis.