A small number of Calgary flights are among the hundreds across the country that have been affected by a network issue that has caused massive delays for Sunwing.

The airline says a system-wide outage is to blame for the problems on Monday that have resulted in the grounding of all of its flights, including approximately 100 in Toronto alone.

Two flights in Calgary – one heading to Edmonton and one destined for Montego Bay – were supposed to depart this morning but were delayed.

In a statement released earlier on Monday, Sunwing said the issue is affecting the check-in and boarding process and it is not the only airline suffering.

“We sincerely regret the impact this is having on our customers’ travel plans and are working diligently with our technology provider to resolve the issue as soon as possible so that regular flight operations can resume,” a spokesperson for Sunwing said.

Sunwing’s website lists hours-long delays, with morning flights rescheduled for the afternoon and afternoon flights pushed to the evening.

One Calgary traveler said he’s been struggling with the issue all day.

“It’s been a very long morning,” he told CTV News while waiting to be checked in. “Everyone gets up at around four or five to make an 8 am flight and then check-in is down but the updates are not coming.” 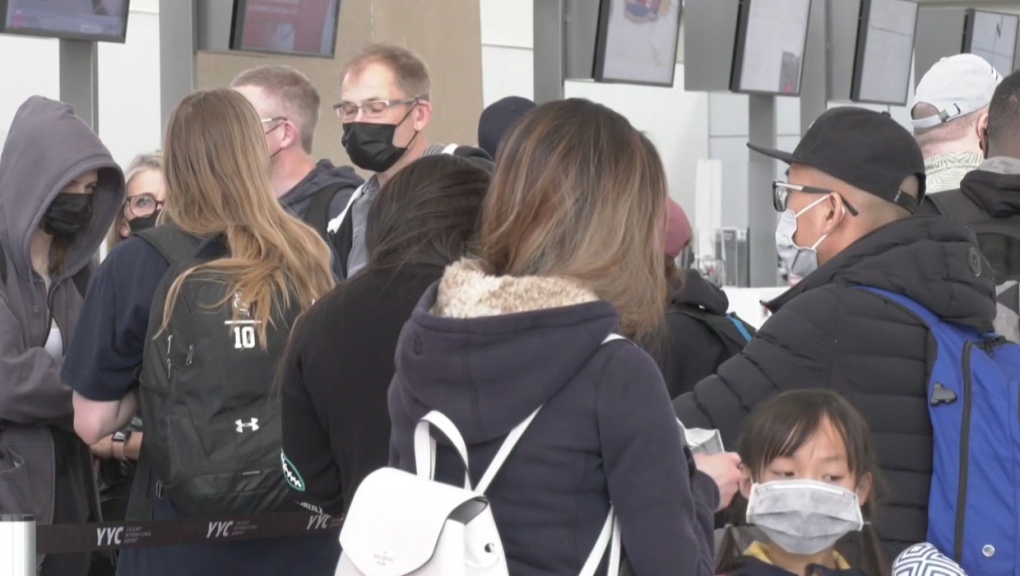 He said no one had access to the app, not even Sunwing’s Calgary employees, so it’s been a challenge for everyone involved.

“They bumped it to four and then changed it back to a two o’clock flight and here we are.

“Seeing the other stories from Edmonton and Toronto – that’s not the greatest feeling right now.”

He does hope that this is the only problem he runs into during his spring vacation.

“Hopefully the rest of it, and the return, is okay, but that remains to be seen.”

Sunwing has not provided a timeline for when the issue will be repaired. Customers with a departing flight over the next 12 to 24 hours should check their flight status, the airline urged.

(With files from CTVNews.ca)