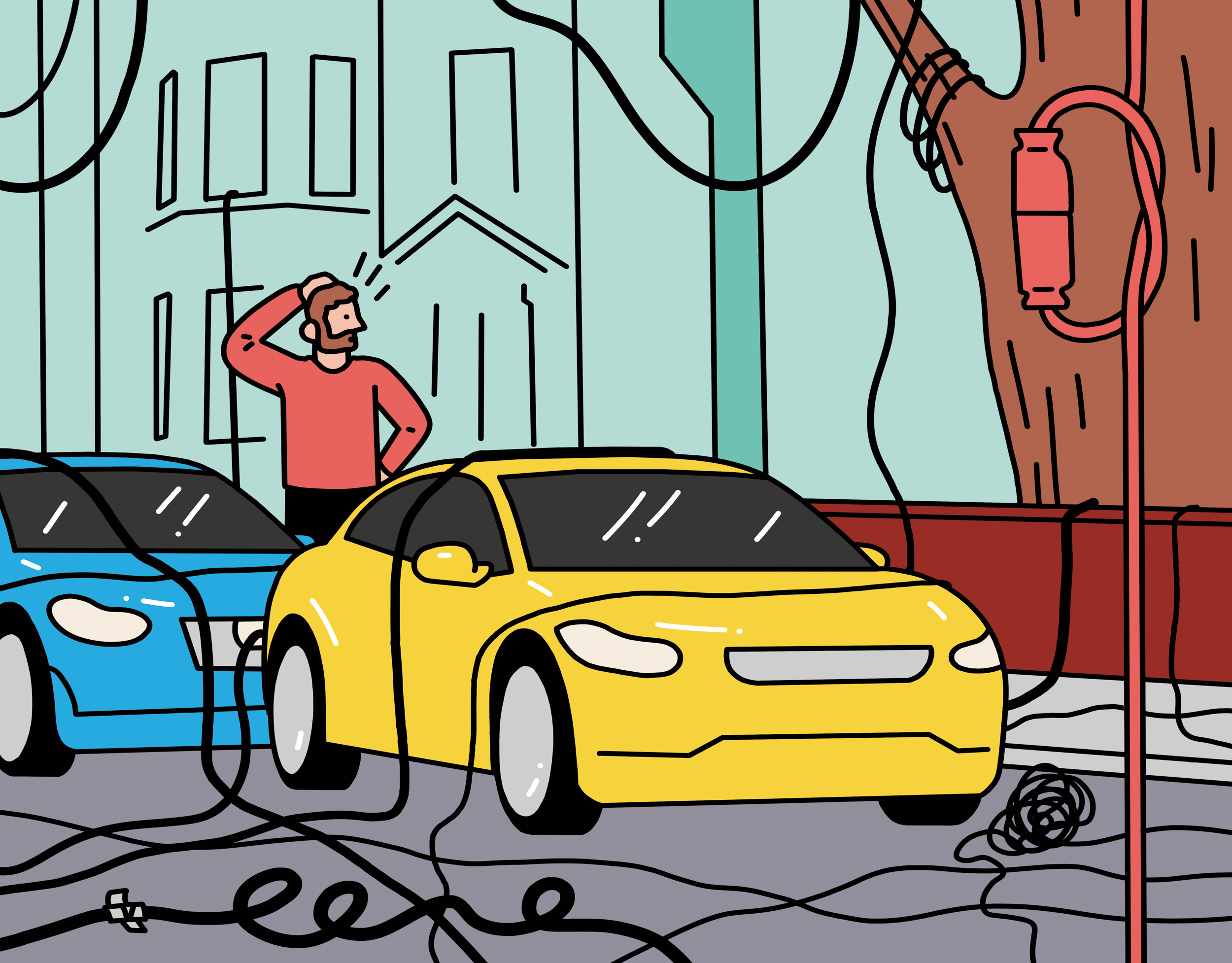 In 2017, Rob and Kim Nelson, both professors at the University of Windsor, purchased their first electric car, a Chevrolet Bolt. To charge its battery, they ran a charging cable from a standard outlet in their garage to the driveway where they parked the Bolt.

Last September, in the middle of the night, someone cut the cable and went with him, probably to sell the copper inside. Replacing it would cost at least $ 800, so the Nelsons decided to upgrade to a Tier 2 charger, which was only a couple hundred dollars more and much faster (30km of range per charge hour on average).

Tier 2 chargers are pretty common, but installing one wasn’t as easy as the Nelsons thought. Level 2s have roughly the same electrical needs as a dryer or stove (240 volts / 30 amps) and the Nelsons’ home, like most older Canadian homes, was only wired for 100 amps. They also have a pool and air conditioning, and in the height of summer, with the pool pump and air conditioning running, charging the Bolt could overload the electrical panel. They needed to upgrade to 200 amps, which means several thousand dollars more, and dig their yard to install proper electrical service.

RELATED: Is The Electric Car Right For You? Everything you need to know before shifting gears.

Then the Nelsons’ contractor gave them worse news. If three or four houses on the block did the same upgrade, he said, pointing to a nearby transformer, the system would explode. “Basically he said that It hasn’t changed, ”Rob Nelson recalled. “All of this infrastructure should be changed if all these houses go up to 200 amps.”

This was just a house on a block in a Canadian city. But it is representative of one of the great challenges facing the widespread adoption of electric vehicles (EV) in this country. Electric vehicle owners who plug in their cars at home will add unprecedented stress to a power grid that, in many cases, is unprepared. Meanwhile, the number of people charging at public stations could soon exceed the number of spots available, and increasing that number will obviously tax the network even more. Claude El-Bayeh, a researcher at Concordia University who is developing algorithms for electric vehicle charging to optimize their energy use, argues that current and uncoordinated charging could cause “blackouts” if millions of electric vehicles are charged simultaneously.

Between 2011 and 2020, the total number of electric vehicles sold in Canada increased from 460 a year to more than 53,000. According to StatsCan, new zero-emission vehicle registrations (which include plug-in hybrids and battery electric vehicles) increased to 4.9 percent of total vehicle registrations in the second quarter of 2021, an increase of 89.2 percent. compared to the previous period in 2020.

READ: How an Early Switch to Electric Trucks Could Hurt Canadian Consumers

That number is expected to rise as gasoline prices skyrocket again; the Trudeau government has mandated that all new car sales must be electric by 2035; And the price of electric vehicles is gradually falling, thanks to improved technology, increased demand, and several important government incentives. There are also car manufacturers, most of them, anyway, that promise to make electric cars only by 2030 or 2035. 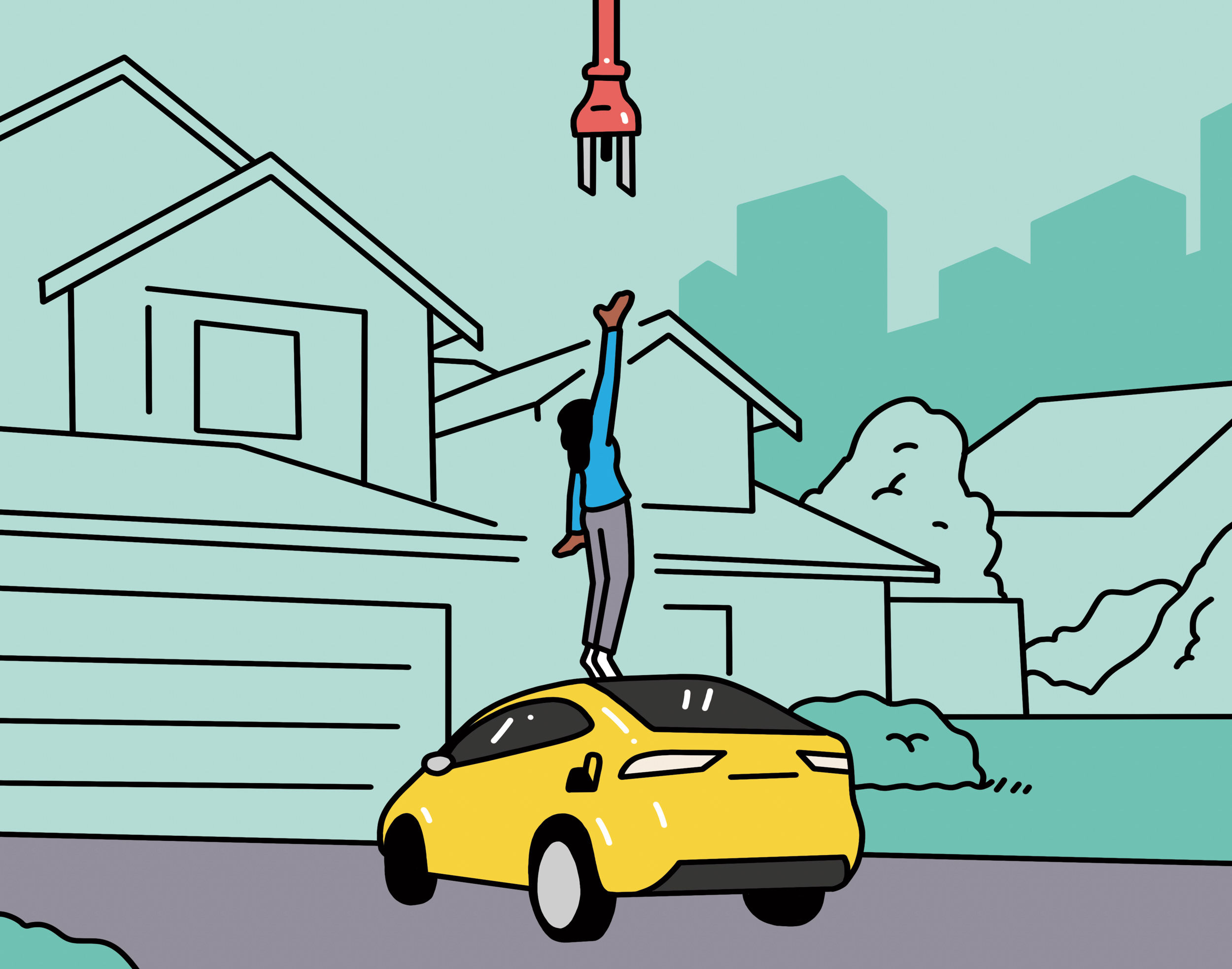 There are 200,000 electric vehicles on Canadian roads right now, but it is estimated that there will be half a million in Ontario and 635,000 in British Columbia by 2030. Hydro One, Ontario’s largest electricity transmission and distribution service provider, expects demand to of electricity grow about 15 percent. penny annually between 2022 and 2040, the equivalent of six months of nuclear reactor production.

However, it is not clear how exactly this will affect the network. “The answer is like a good lawyer’s answer,” says Cara Clairman. “It depends.”

Clairman is president and CEO of Plug’n Drive, a nonprofit organization that promotes the use of electric vehicles. The impact will depend on how quickly EV adoption accelerates and, according to Clairman, where those EVs are driven and charged. This, in turn, will be determined by new regulations: In Vancouver, for example, by June 2022, 45 percent of all parking spots in new non-residential buildings must have charging stations. In the newer suburbs, the amperage problem the Nelsons face is not a problem – almost all houses have enough panels. But in places with old houses, like Toronto, for example, or Winnipeg, it can be. “The good news is, this doesn’t happen overnight,” says Clairman. Also, “EVs tend to cluster in neighborhoods right now. Utilities can plan. “

For the moment, this planning involves a series of pilot projects spread throughout the country, with various levels of provincial and sector investment. Nova Scotia Power is currently testing bi-directional charging, in which electric vehicles can discharge power from their batteries and return it to the grid, but that technology is still years away from being on the market. A pilot program to install 16 fast-charging stations at various Co-op locations in Prairies will be completed by next spring – a start, but a number is unlikely to pick up the pulse of Tesla owners in those provinces.

“We started working five years ago,” says Neetika Sathe, vice president of the company’s Green Energy and Technology Center, “knowing that the tsunami is going to hit us at some point.” One of its recent projects, called the GridExchange, allows customers with electric vehicles, solar panels or backup batteries to exchange power with Alectra for cash and redeemable points at local businesses. If a neighborhood is experiencing unusual power events (multiple electric vehicles charging at the same time, say, or a severe storm) Alectra may request that customers divert, increase or decrease their energy.

Eighty percent of EV owners charge their vehicles at home, so it makes sense for utilities to target that market. But what if you live in a house or condo that has nowhere to charge? Chris Wray, a Tesla owner in Toronto, bought his Model 3 in early 2020 and plans to charge it with the fast chargers installed in his office. Then the pandemic hit and I wasn’t going there anymore. Lacking a garage or even a proper entrance to park, he was forced to use public chargers at a shopping center 15 minutes away. On at least one occasion, when his battery was near zero, he had to run an extension cord from his home across the curb, giving his car what Tesla calls a “trickle charge” due to it. slow that is the process, approximately 11 km. of range per hour. On urban streets, this MacGyver setup is becoming a fairly common scene.

MORE: British Columbia’s floods are just one indication of how climate change could affect the food supply

Understandably, Wray is excited about another pilot project: Over the past year, the City of Toronto and Toronto Hydro installed 17 curbside Tier 2 chargers for residents unable to charge in their own homes. But that pilot only highlighted how much faster the city should move. At the moment, Toronto has just 864 chargers, while its own EV strategy aims to have 10,000 chargers installed by 2030, an increase of more than 1,000 percent. A recent British Columbia government model shows that the province is also far behind in building a sufficient network.

A more extensive public network would also make Rob Nelson’s life easier. He has cleaned his garage and now parks the Bolt inside. Never did the electrical upgrade. However, maybe one day you will put solar panels on your roof that can exclusively power a Tier 2 charger with zero emissions. Or maybe one day there will be a charging center at the top of your street. For now, the Nelsons continue to squeeze what they can from their lower voltage plug and drive a little less. “We’ll see how it goes,” he says.

This article appears in print in the January 2022 issue of Maclean’s magazine with the title “The Electric Car Accident”. Subscribe to the monthly print magazine here.