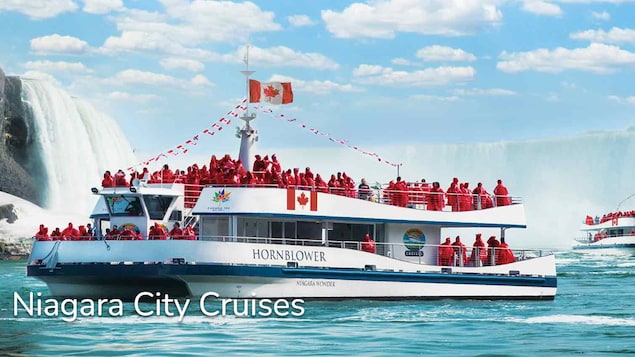 However, Radio-Canada has published several articles since 2017 on the poor quality of the French of the different versions of the site of the Hornblower company, which the Niagara Parks Commission has chosen as the exclusive supplier of cruises near the falls.

Furthermore, the Parks Commission is subject to the French Language Services Act of Ontario.

Commission CEO David Adames admits that the English and French versions of the provincial agency’s portal are not quite the same.

” Since 2020, we have had resource constraints due to the global pandemic. For those who want to have the service [en français], that might sound like an excuse. But that’s the explanation. »

The Commission is self-funding through revenue from tourist attractions in the area, which have seen a significant drop in ridership over the past two years due to COVID-19 and public health restrictions.

Many clickable links on the Niagara Parks Commission website lead to this error page.

Mr. Adames claims to take Bill 8 on French language services “seriously”. He promises improvements to the current web portal, but without setting a timeline.

As for Hornblower, he explains that the company launched a new website earlier this year and that its resources are very limited also.

He undertakes to do a follow-up, but does not establish a timetable and does not rule out the possibility that the company may again use software like Google Translate rather than a professional translator.

The Hornblower website promises the “ultimate souvenir: a souvenir”, a translation error. Only a few paragraphs of the portal are in French.

Apart from a few paragraphs in French, almost the entire company site, which replaced Maid of the Mist in 2014, is in English, including the section for purchasing a ticket.

Mory DiMaurizio, chief operating officer for City Cruises Niagara which reports to Hornblower, explains that the development of the new portal is In progresswithout setting a date either for the translation of the rest of the site.

” We do not have a contractual obligation to include French, but rather to have [un site] multilingual. Of course, we included French for Niagara. »

Radio-Canada had discussed in 2019 the website full of French mistakes of Hornblower with the Assembly of the Francophonie of Ontario (AFO).

The organization’s president, Carol Jolin, notes that there are still a lot of work to do.

” It is clear that, three years later, nothing has changed. We are almost at the same point, unfortunately. »

The president of the Assemblée de la francophonie de l’Ontario (AFO), Carol Jolin, is disappointed with the situation.

Mr. Jolin wants improvements to be made quickly, in time for the summer tourist season, noting that Niagara Falls is a popular destination both nationally and internationally. He adds that the Niagara region will host the Canada Games in August.

It is important that people feel welcome with information in their languagehe said.

Having information available in English and French on a website is an opportunity for companies to have more economic benefits, because it attracts French-speaking tourists.he argues.

The Ford government is silent

Ontario’s Minister of Francophone Affairs, Caroline Mulroney, ignored numerous requests from Radio-Canada for an interview or a written statement.

The Ministry of Tourism did not respond to our questions either.

Premier Doug Ford is due to announce the composition of his new Cabinet on Friday.

The provincial ombudsman’s office has not conducted any formal investigation into the Niagara Parks Commission and Hornblower in the past, but declines to say whether it has ever received a complaint from a Francophone against the two entities, citing its privacy policy.

For his part, Niagara Falls Mayor Jim Diodati says this in a written statement: The Parks Commission is a separate entity from the Municipality, but from what I understand they continue to review their responsibilities under the French Language Services Act with the goal of providing as many bilingual services as possible for our French-speaking visitors and guests.